Home » How do you grow your church?

How do you grow your church? 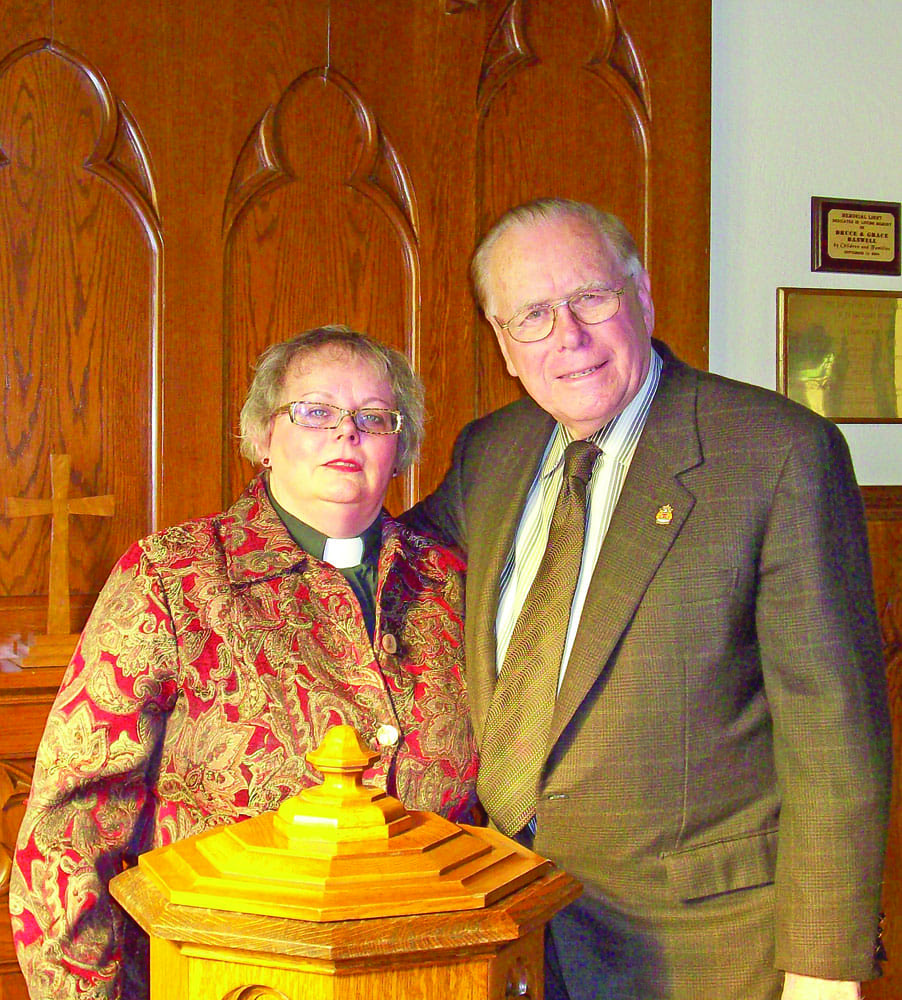 It took only one visit to the rural church of St. Stephen’s for Hilary Payne to end his longstanding association with an urban church in Windsor, Ont. “The atmosphere at St. Stephen’s is positive, joyful and superbly welcoming,” says the retired engineer of the Oldcastle, Ont., church. He enjoys the simple services, the eucharist based on the Book of Alternate Services and the “lack of gimmickry.”

And Payne is not alone in joining the congregation. St. Stephen’s and its parochial sister, The Church of the Redeemer, have both seen membership rise by 35 per cent in the last five years, bucking the disturbing trend to emptying pews.

Payne gives full credit to its dynamic and visionary rector, the Rev. Jane Fletcher, who became the minister of the two-point parish about five and a half years ago. “She is dynamic and creative, but she acts carefully,” says Payne, adding that Fletcher “knows how to push the envelope but manages to bring the congregation along with her without upsetting the more conservative members.”

Placing a major focus on children and youth, Fletcher started a Saturday kids’ program and revitalized the church school, which grew from four children to 20.

Next came the summertime Vacation Bible School (VBS), which pitched its tents on the lawn of the Church of the Redeemer, offering games, crafts and Christian education. “The VBS is going gangbusters,” says Payne. This was followed by a youth group for adolescents and a back-to-the-Bible program for school-age kids. The latest offering is “Sprouts,” a get-together for the very young, from birth to four years of age.

Today, St. Stephen’s has programs for every age group and boasts strong volunteer participation that results in annual fundraising of about $12,000. “That keeps the church in the black, year after year,” says Payne.

The church’s mission statement is evangelical: “God loves you; go tell it.” Its value statement? “Faith, family, friends and fellowship.”

Payne and his church colleagues brainstorm to enhance St. Stephen’s curb appeal to potential members by devising welcoming messages for the church sign.

In Kitchener, Ont., St. George’s of Forest Hill is also expanding. Already blessed with a large membership of 400 families, it has had a four per cent average increase in Sunday attendance over the past year, close to its annual goal of five per cent. “Sometimes it seems as though we’re going broke for all the right reasons,” says the Rev. Donald Davidson, rector of St. George’s of Forest Hill, Kitchener, Ont. But the church has a strong community outreach program that’s discovered that young families are looking for a place of worship where attending Sunday service makes a difference in their lives. In turn, these families invite other families.

Every few years, St. George’s gives itself a “vision checkup,” in which it reviews what’s going and adjusts its vision and approach accordingly. “There’s no such thing as a bad experiment. You always learn even from an experiment gone wrong,” says Davidson. “We need to try new things. If we do nothing, we’ll continue to see the same results.” Ω

Create excitement about membership and provide interesting ways to get involved. Here’s how:

? Encourage people to be seen as the body of Christ in everything they do
? Provide a continuous program of Bible study
? Provide hospitality for all age groups
? Provide a wide range of events and programs that create volunteer opportunities.