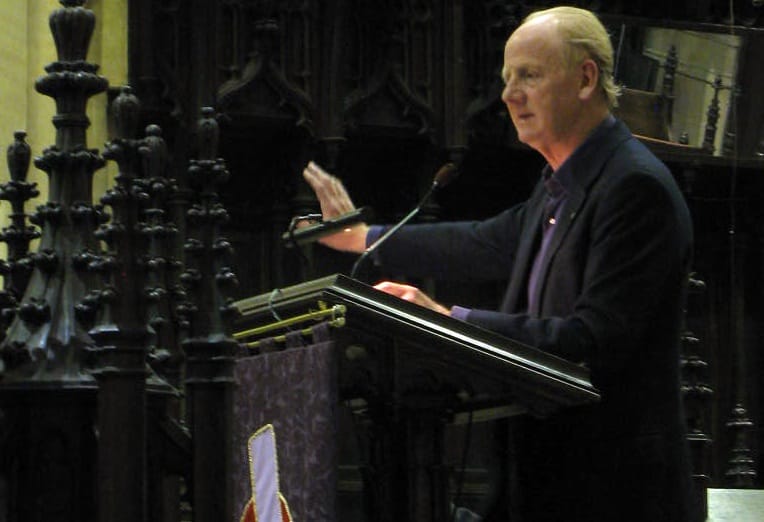 On March 26, Toronto’s magnificent Metropolitan United Church was the venue of the fourth forum of Economic Inequality, a group dedicated to promoting social justice and reducing discrepancies in income and resources in this country.

Testimony to the growing public concern over income disparity, some 250 people converged on the church to hear speakers John Ralston Saul, Jim Stanford and Dr. Tanya Zakrison. Saul is an author and president of PEN International; Stanford, is a Globe and Mail columnist and an economist with the Canadian Auto Workers union; and Zakrison is a Toronto trauma surgeon with Doctors for Fair Taxation.

“Democracy,” said Saul, author of A Fair Country: Telling Truths About Canada, “is all about choice, and that means debate and discussion, something that ideologues don’t want to have. We could choose to have a more equal society, but it takes discussion.”

Saul added that democracy is about the intelligence of the people and the belief in the power of debate and discussion to create good resolutions and social policy. “Real democracy lets loose the full imagination and energy of the population.”

He thinks Canadians have an ethical obligation to create a more equitable society. That was the aim of indigenous peoples in including others in the tribal circle; that was the goal of the fathers of Confederation in their belief in peace, welfare and good government. The idea that the shape of society should be triangular, with things trickling down from the powerful at the apex to powerless at the base is wrong. “The better shape to describe our society is the diamond, where there are a number of different facets: the rich, the poor and the bulk in the middle-the middle class.”

Progressive economist Stanford, author of Economics for Everyone: A Short Guide to the Economics of Capitalism, outlined the inability of classical economics to describe the way in which the world economy actually functions. If the free market’s much-vaunted supply and demand always match up so well, why are more people looking for work than there are jobs? The reason, said Stanford, is that economies are complex and subject to the influence of many social factors including power, culture, law, politics and conflict. This means that income distribution, for example, is settled not by classical economics but by a giant arm-wrestling match.

In Canada, business investment is weak and business leaders seem to have lost their dynamism, said Stanford. But greater productivity isn’t a complete answer either: the U.S. has higher productivity than Canada but also higher unemployment. “We need to make better choices-restore a social wage [enough income for living as determined by citizenship rather than employment], empower workers and better hold corporations to account.

Speaking on behalf of Doctors for Fairer Taxation, which wants to impose new surtaxes on those earning more than 100,000 a year, Dr. Tanya Zakrison said: “As doctors, we know that the more equal the society, the better the health of everyone. We doctors are paid well for our work and we are willing to pay more taxes to help create more equality.”

Zakrison noted that the Canadian tax system has progressive tax rates for those earning up to about $130,000 a year. “But if you earn more than that, then you experience a flat tax rate-the same rate if you earn $200,000 or $750,000.,” she said. “We advocate a progressive tax rate for those earning above $130,000. It’s only fair, and it produces needed revenue for society.”

For information on how a more equal society benefits everyone and how you can join the fight against income disparity, go to www.economicinequality.ca.