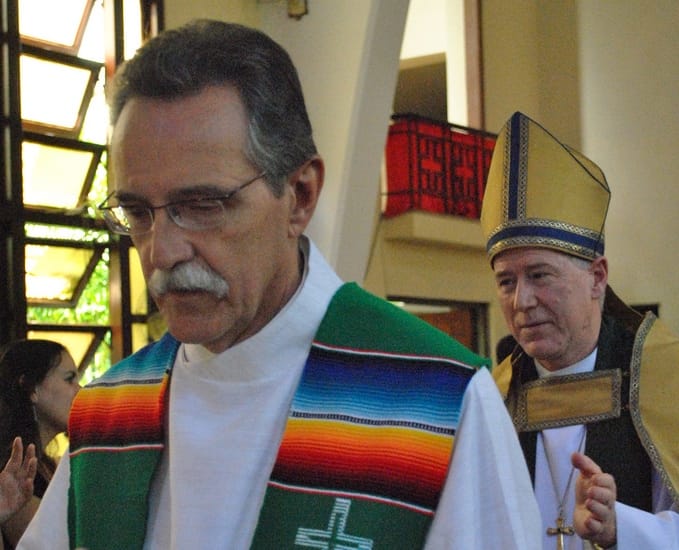 Archdeacon Michael Pollesel, general secretary, and behind him, Archbishop Fred Hiltz, primate of the Anglican Church of Canada, at a service in Cuba. Photo: Andrea Mann

“Michael has come to this decision after considerable thought and prayer, and he is very much at peace with it,” said Archbishop Hiltz in a memorandum.

In accordance with the constitution of the General Synod, the primate will ask the Council of General Synod to appoint a search committee to identify and interview potential candidates and make a nomination for the position. Prolocutor Robert Falby will head the search committee.

The primate gratefully acknowledged Archdeacon Pollesel’s care and diligence in fulfilling the multiple responsibilities of general secretary, especially during a time of considerable transition in the General Synod and at Church House. “In due course, we shall express our thanks more formally,” he said, asking that people “keep Michael in your prayers in the months of transition that lie ahead.”