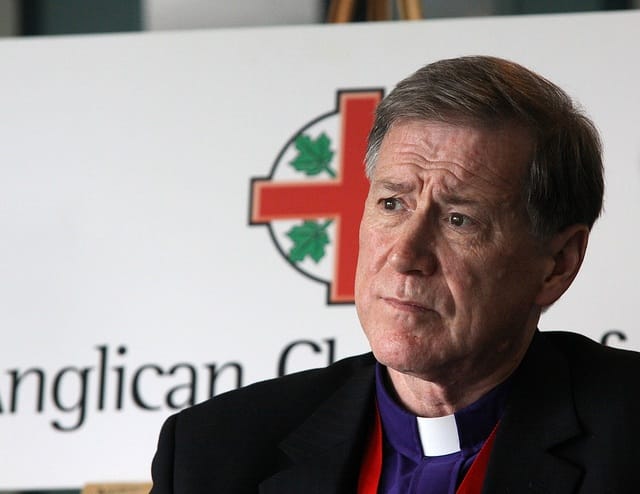 “There are varying degrees of opinion” about the proposed Anglican Covenant, says Archbishop Fred Hiltz, primate of the Anglican Church of Canada.

With its usual faithful response to requests from the Anglican Communion, the Anglican Church of Canada is preparing materials for next year’s discussions of the proposed Anglican Covenant.

Bishop George Bruce, chair of the (Canadian) Anglican Covenant Working Group, updated the April House of Bishops meeting on documents under preparation at various church levels from parishes to dioceses. “The materials will likely be launched in June at Pentecost,but not picked up in a practical way until fall,” said Primate Fred Hiltz in an interview.

The covenant goes back to the Windsor Report, which came out of the Lambeth Commission on Communion, established in 2003. “It was a time when there was a huge amount of tension over issues of sexuality and unity,” Archbishop Hiltz said. “Many were uncomfortable with the direction some churches were taking, and the covenant was seen as a way to help member churches stay in communion and regular consultation on controversial issues.”

The fourth section of the covenant sets out what happens when churches within the Communion disagree. “There are varying degrees of opinion. Some think the covenant is wonderful; others are not so sure and are uneasy with section 4,”

Archbishop Hiltz added. “Some experience it as an uncomfortable shift from relational language to juridical language. Others think it’s a nice idea but say we have other opportunities in the communion for learning how to deal with conflicts.”

So far, the secretary general of the London-based Communion, the Rev. Canon Kenneth Kearon, has asked only for a progress report to be presented at next year’s meeting of the Anglican Consultative Council in New Zealand.