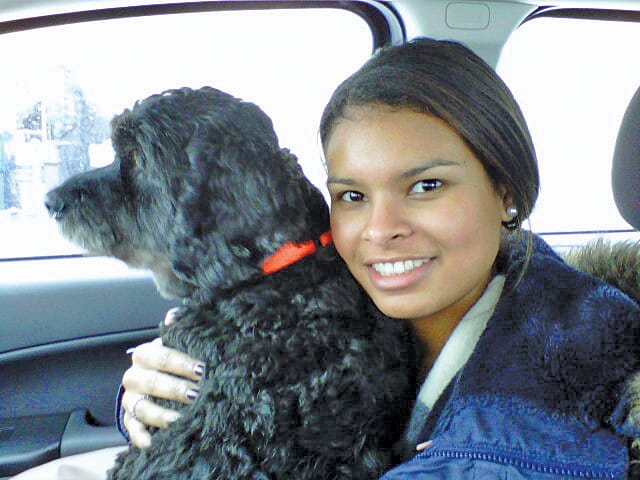 I LIKE TO TELL my one and only child that she’s my pride and joy. And she is. Despite a rather rough start in life, Vanessa has blossomed into a beautiful, capable young woman with a kind and gentle spirit. Last fall, she graduated from Dalhousie University with an Honours BA in international development. For some reason, she chose journalism as her minor.

Recently, I said goodbye to her as she sobbed into my shoulder. She was moments away from climbing into the car to head to the airport. There, she boarded a Cathay Pacific jet and made the 15-hour flight to Hong Kong. Alone. I swear she was as upset about leaving her Blackberry behind as anything else. Come to think of it, I would have felt vulnerable, too.

The trip was her idea. Well, hers and a former roommate’s. Emma successfully met up with Vanessa in Bangkok, an Old World/New World metropolis of 11 million. From there, the two began their 10-week odyssey around southeast Asia, backpacking all the way.

Vanessa may have left well-prepared-innoculations, travel insurance, diarrheal meds, mosquito net, emergency protocols-but I still say a silent prayer every time I think of her. In a land where ultra-conservative values reign supreme and the distrust and even hatred of women are considered normal, Vanessa will receive an education unlike anything a Canadian university could possibly deliver.

Back at home, convictions for the first-degree murders of three teenage girls by their own father, mother and brother have shattered common notions of what constitutes our culture in Canada. Following the three-month Shafia trial in Kingston, Ont., which one woman called “the best movie you’ve ever seen,” Mohammad Shafia, 58, his wife, Tooba Yahya, 42, and their 21-year-old son, Hamed, each received life sentences with no chance of parole for 25 years.

You could almost feel the collective sigh of relief, not just across Canada but around the world. Justice had prevailed. But that won’t bring Zainab, 19, Sahar, 17, and Geeti, 13, back to life. Their crime: acting like any other Canadian teenage girl-wearing makeup, going out with friends, wanting a boyfriend. Their fate: death by drowning, their bodies left in a car at the bottom of the Kingston Mills Locks.

With them, their father’s first wife, Rona Amir Mohammad, 53. Her crime: outliving her husband’s desire. Shafia denied killing the four, of course, but at trial, he made it clear he thought they got what they deserved.

In her Globe and Mail column (Culture experts not required, Feb. 1), Nazneen Sheikh waves aside the notion that Canadians could possibly be misunderstanding this immigrant culture. As for debating “honour killing,” she says, let’s not waste valuable time. “This is nothing to do with any arcane etiquette that Canadians must grasp and accept,” she says. “It is a simple, repugnant example of social hypocrisy, the exercise of control through misogyny, culminating in a crime. Such crimes,” she continues, “should be dealt with swiftly, backed by the full weight of the justice system.”

In all the social justice work we do as a church, protecting the rights of immigrant women and girls must be a priority. Certainly this high-profile case raises awareness of how immigrant women can be at high risk of domestic violence, But it is not the first time we have heard of such things happening in our “civilized” country. Clearly, much work remains to be done. What is the role of the Anglican church?

When these teens reached out for help, some dismissed their stories as adolescent drama or, worse, a family situation with multicultural roots that should be respected. Others who tried to help ran into bureaucratic red tape. The system failed these four-at least while they were alive. Surely our sense of outrage can be used to fuel advocacy and change. What will that conversation look like and who among us will pick up the challenge?