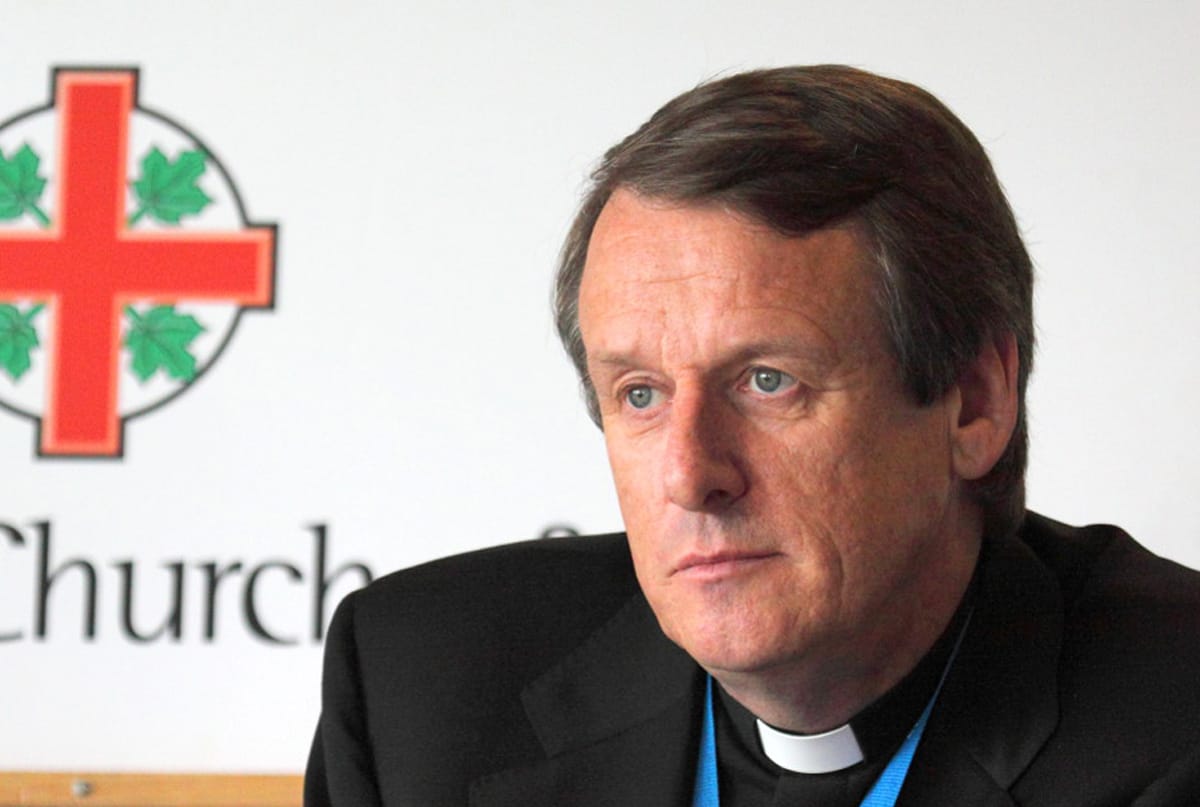 The secretary general of the Anglican Communion, the Rev. Canon Kenneth Kearon, announced today at General Synod 2010 that he has informed members of The Episcopal Church that their memberships in ecumenical dialogues have been withdrawn.

In addition, a member of the Inter-Anglican Standing Commission on Unity, Faith and Order (IASCUFO) has been notified that participation will now be on a consultative basis only.

This action follows on the heels of the May 28 Pentecost Letter to the Anglican Communion by Archbishop of Canterbury Rowan Williams. This was sent in response to the election and confirmation of suffragan Bishop Mary Glasspool, a partnered lesbian in the diocese of Los Angeles. This election breaks the “gracious restraint” or moratoria requested throughout the Communion against the installation of partnered gay bishops. The moratoria also included the blessing of same-sex unions and cross-border interventions by bishops outside their own provinces.

“The hope was that the gracious restraint would hold until the Covenant was in place,” said Canon Kearon in a press conference at General Synod. “If the Covenant is in place, then we have a mechanism for seriously considering very deep issues that have Communion-wide implications, not just same-sex issues, but a lot of other issues as well. Given that the developments in Los Angeles meant that gracious restraint was not being exercised, I think the Archbishop did have to act.”

Canon Kearon went on to say that the actions taken were “fairly minimal. There’s no doubt that the election and confirmation of Mary Glasspool is a full, well-thought out decision of The Episcopal Church and we must respect that fact,” he said. However, he said the decision implies that The Episcopal Church then does not “share the faith and order of the vast majority of the Anglican Communion…. [and so] they shouldn’t represent the Communion on faith and order questions.” He added that such questions are often a part of ecumenical dialogues, and “they ought to be discussed on the Anglican side by bodies who share that faith and order, at the very minimum to be honourable to our ecumenical partners, so that they know who they are in conversation with.”

Similarly, he said those who do not share the faith and order of the Anglican Communion should not be making decisions on matters in the Communion. “We’ve asked them to be consultants and we would hope that they would participate in the conversations and discussions,” he added.

Canon Kearon’s announcement looked beyond The Episcopal Church to Canada as well as to the Southern Cone in South America. Canon Kearon has written to Archbishop Fred Hiltz, primate of the Anglican Church of Canada, to ask whether or not the General Synod or House of Bishops has formally adopted policies authorizing same-sex blessings.

In his presidential address to synod last week, Archbishop Hiltz made it clear that the answer to that question currently is ‘no.’ However, members of General Synod 2010 are still in the process of discussing the issue of same-sex blessings until the triennial meeting ends Jun. 11.

In his statement, Canon Kearon said that he would like to see two other related questions clarified. The first asks whether a province is responsible for the actions of its bishops or of dioceses. And the answer to that question might have an impact in Canada, where various dioceses have either authorized the blessing of same-sex unions or are moving toward blessing them even though the national church and House of Bishops have not.

The second issue, according to Canon Kearon, is whether or not a province that allows a bishop to remain in the fellowship of its House of Bishops-even when that bishop is exercising Episcopal ministry in another province without the permission of that province-is breaching the moratoria.