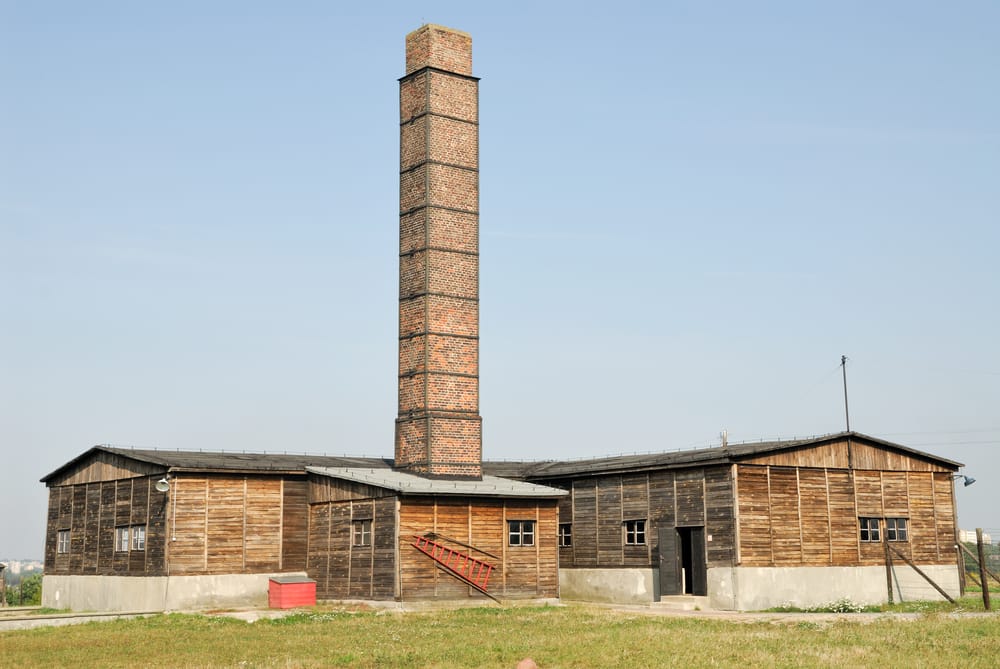 Participants visited the former Nazi-run concentration camp of Majdanek, where tens of thousands of Jewish and non-Jewish inmates were killed during the Holocaust. Photo: D. & K. Kucharska

Warsaw
Inter-faith initiatives should focus on the practical, non-political task of building grassroots relationships, according to participants at an inter-religious symposium which ended on May 15 in Poland.

"Such initiatives usually take place at a political level, and consist of panels of experts speaking to passive audiences," said Yehuda Stolov, founder and executive director of the Jerusalem-based Interfaith Encounter Association, which promotes peace in the Middle East and sponsors regular Palestinian-Israeli encounters.

"Before we even start discussing politics, we believe we must first create the human infrastructure on which political structures may be built. The common view of all groups and organisations participating in our forum is that we have to concentrate on practical ways to improve society," he said.

The 50-year-old Israeli was speaking after co-organising a conference of the Euro-Mediterranean Abrahamic Forum in the eastern Polish city of Lublin. In an ENInews interview on May 15, he said the 60 participants had been able to "go deeper and consolidate" existing acquaintances, as well as setting out practical objectives for the future.

Meanwhile, a Muslim participant said he believed many fellow-Muslims were "open-minded and enthusiastic" about peace-making initiatives and ready to get involved.

"In my own perception, the gap between religions is steadily narrowing as we share ideas and look for points we can all agree on," Hamid Maani, a teacher and computer programmer from Jordan, told ENInews.

"Some people seem to have focused on negative aspects of religion while ignoring or blocking out others. In reality, mankind is key priority for all faiths, and it’s the main area in which they should be exerting an influence at this time of international crisis."

The four-day conference, titled "Building the Network: Social Responsibility in our Religious Traditions," was co-organised by the Polish Peacemakers Community, and Via Dialoog in Belgium, as well as the Youth Spirit Center in Jordan and Palestinian Authority’s Hope Flowers School.

It was supported by Sweden’s Anna Lindh Foundation, and attended by inter-faith campaigners from Egypt, Lebanon and Morocco, as well as Britain, Denmark, Spain, Italy, Bulgaria and Albania.

Highlights included inter-faith commemorations and prayers at the former Nazi-run concentration camp of Majdanek, near Lublin, where 79,000 mostly Jewish inmates were killed in 1940-1941 during the Holocaust.

Stolov said he had found it "intensifying but also comforting" to visit a concentration camp with Christian and Muslim partners from the Middle East, adding that he believed the experience would assist the Euro-Mediterranean Abrahamic Forum’s aim of "building bridges through inter-faith interaction."

Meanwhile, a Coptic Christian from Egypt, Sherif Rizk, said the Majdanek tour had been an "eye-opener" for many participants, and would foster understanding of the "agony of some nations in history."

He added that most Muslims in the Middle East had "tangled ideas about what happened in concentration camps," and had denied the fate of Jews in the Holocaust under the impact of Arab-Israeli conflicts.

"What occurred in the past is unrelated to what’s happening now – but we often can’t separate them culturally in the Middle East, and this is a serious problem," Rizk told ENInews.

The Lublin conference was the second of the Euro-Mediterranean Abrahamic Forum, which held its inaugural session at Amman, Jordan in April 2010. Stolov said several conference projects could be implemented immediately, without special fund-raising, including an online database of inter-faith dialogue initiatives worldwide, and a website for books and publications on the field.

He added that the IEA, founded in 2001, had had "no difficulties" finding participants from Arab countries, and said the Forum’s non-political stance was seen as "not threatening to anyone."

"In our ten years of existence, we’ve used inter-faith dialogue not as a goal, but as a tool – for learning about each other, and empowering and supporting each other," the peace campaigner told ENI.

"Some react enthusiastically and supportively towards our work, while others are more skeptical and say we’re naive and won’t change anything. We hope some of our participants will, in time, gain leading positions in civil society and be able to engage with politicians, business people and religious leaders, creating opportunities for interaction between them."