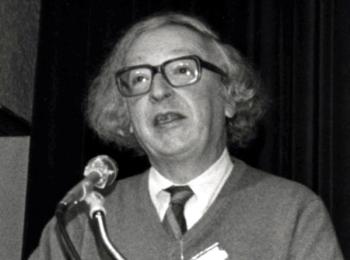 Canon Eugene Fairweather, prominent for many years in Anglican-Roman Catholic dialogue, a prolific writer and teacher of theology, died April 6 at the age of 81 in Kentville, N.S.

An original planner of the Toronto School of Theology, Canon Fairweather taught for over 40 years at Trinity College in Toronto, before retiring to Nova Scotia in 1987, where he came out of retirement to teach at the Atlantic School of Theology until 1994.

Canon Fairweather was known as “Mr. Theological Canada” around the world. He was president of the Canadian Theological Society in 1957-58. He was a member of the Commission on Faith and Order of the World Council of Church for 15 years, and helped to found Canada’s first journal of theology, which he edited from 1960-70.

During that same period he wrote three books that have become standards: A Scholastic Miscellany: Anselm to Ockham (1956), The Meaning and Message of Lent (1962), and The Oxford Movement (1964).

Dr. Cyril Powles, then professor emeritus of Divinity at Trinity College, in a tribute to Canon Fairweather in The Anglican in 1987, wrote “not only have his students stood in awe of this learning; bishops and prelates and church leaders from East and West sought his counsel as a dependable and virtually bottomless well of information concerning the traditions and teaching s of the faith down through the ages.”

Initially cautious over the ordination of women, he changed his position to one in favour with the help of arguments by Canon Alyson Barnett-Cowan, now director of faith, worship and ministry with The Anglican Church of Canada’s national office, according to Dr. Powles.