Era of expansion for Cuban church 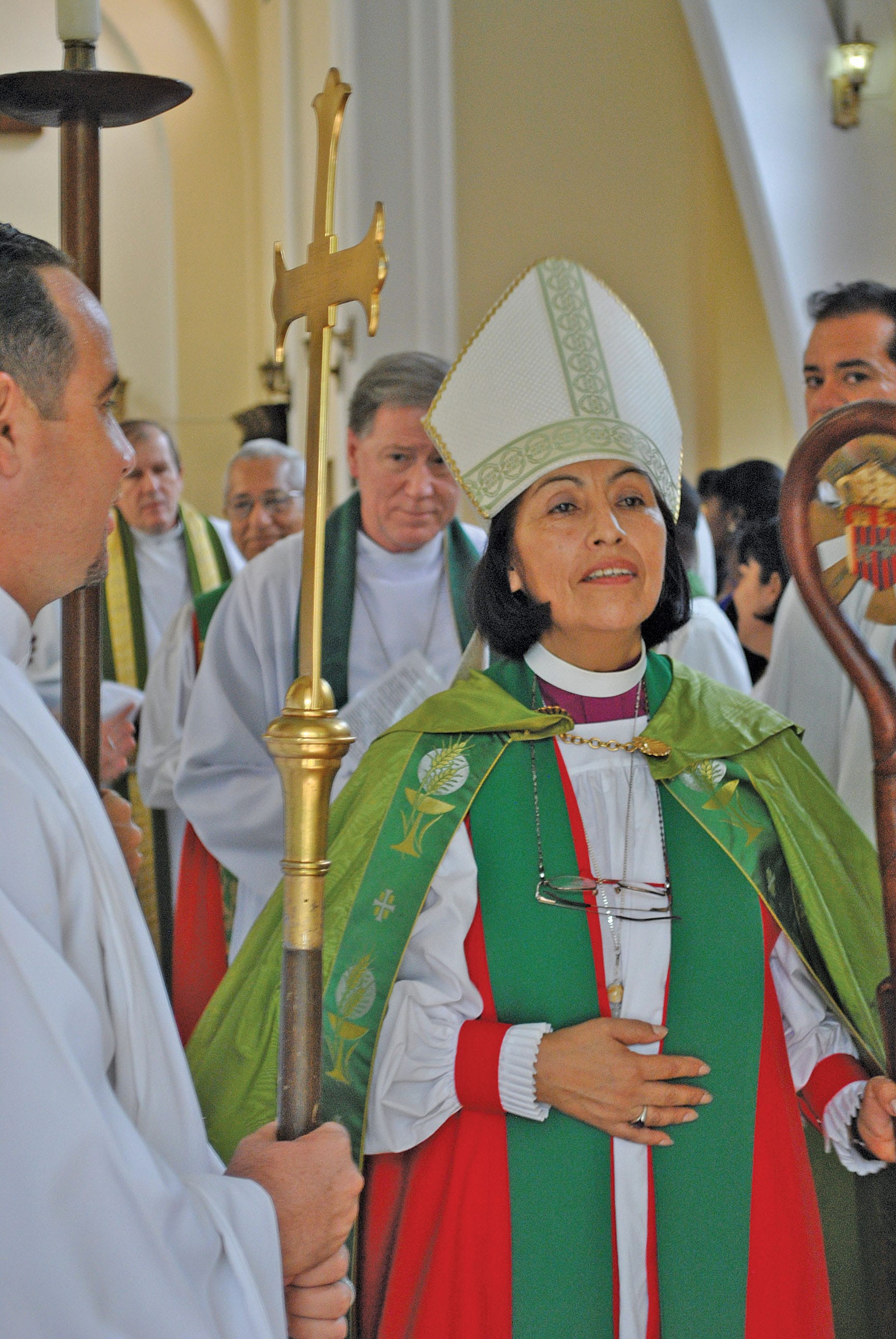 Most Canadians visiting Cuba are there for the sun, the sea and the mojitos. But recently, Archbishop Fred Hiltz led a delegation with a different purpose: to observe the 103rd synod of the Episcopal Church of Cuba, led in Havana by Bolivian-born Bishop Griselda Delgado del Carpio, bishop since 2010.

The Episcopal Church of Cuba traces its origins to an early Anglican presence on the island in 1901. It consists of 46 congregations and about 10,000 members. Within the Anglican Communion, the Cuban church has the status of an extra-provincial diocese since it is not part of a larger province and has no primate. Its governance includes the Metropolitan Council, which exercises oversight in matters of faith and order. The primate of the Anglican Church of Canada co-chairs the council with the archbishop of the West Indies and the U.S. presiding bishop of the Episcopal Church.

At a notable opening service, Bishop Delgado had the clergy renew their ordination vows. “It was a memorable moment for the church, for her and for them,” said the primate. Later, in a lengthy address, she encouraged the clergy to work together in spite of their real theological and political differences.

Always in scarce supply, the Cuban Episcopal clergy works under tremendous disadvantages. “In one parish, the rectory was given away to the government, and the priest has to live several kilometres away in a Soviet-era apartment block,” noted Thompson.

Many church buildings are in a state of near-collapse (see the primate’s column, The Sounds of Hope, p. 5. “But it’s amazing what $5,000 or $6,000 U.S. can do in Cuba,” said Archbishop Hiltz. The scarcity of clergy forces parishes to rely on seminarians and lay ministers to lead prayer when no priest is available. The lack of pensions for retiring clergy such as Bishop Tamayo is another pressing issue. The primate plans to work with the Metropolitan Council to explore ways of supporting the Cuban church financially. (The council has no funds of its own.)

Despite all this, Mann described the “radical” hospitality and open-spirited love of the Cuban people, who have so little yet “from that scarcity show just an amazing generosity.” Everywhere they were met with copious cups of strong sweet coffee, safe, clean, dry accommodation, drivers and abundant meals featuring the local rice-and-bean-based cuisine. “It is a privilege to travel with people who live their faith,” Mann said.