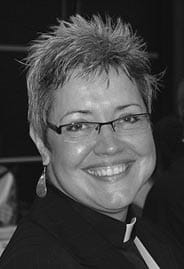 The Evangelical Lutheran Church in Canada (ELCIC) is asking its members to weigh in on a study of human sexuality as part of an exhaustive consultation process to help the church draft a “social statement” on the controversial issue during its 2011 National Convention.

The study was prepared by a task force appointed in 2006 following a directive from the church’s National Church Council (NCC). The call came “in the midst of on-going and often difficult discussion regarding the blessing of same-sex couples, including motions debated at the ELCIC National Conventions in 2005 and 2007,” said the task force in the study’s introduction. The task force was asked to prepare study documents that would engage church members in dialogue to generate feedback “and inform the process of drafting a social statement.”

A social statement is a “theological and ethical document that provides a foundation for understanding God’s living word in the light of the changing realities of the modern world, and seeks to provide the social analysis and theological basis for the collective ELCIC understanding of a crucial issue that arises out of the mission of the ELCIC,” said the task force.

Simply put, “it is a way that we, as a church say, this is our current understanding (on major issues),” said ELCIC National Bishop Susan Johnson in an interview. “This is how we, as a church, wish to state our beliefs… In some ways, it’s a snapshot of our theological understanding on a particular issue…”

Bishop Johnson said the task force is composed of ELCIC lay and clergy from across Canada and represent “the greatest possible diversity within the church” in terms of theological opinion, age, ethnicity and sexuality.

She described the study as “thoughtful, reflective, and [it] encourages people into a process of dialogue.” The study seeks to generate discussion on personal discipleship, local ministry contexts, and the mission of the wider church, the ELCIC said in a news release.

Bishop Johnson urged all members of the ELCIC to participate in the study. “If what we’re trying to do is really collect the understanding of what our church beliefs are at this time, it’s important to hear from the members of the church from all sides of the spectrum. I don’t think it’s just two (sides). I think it’s multifaceted,” said Bishop Johnson.

Feedback from the study will be reviewed by the task force and will be used to develop a first draft of the social statement. The draft will then be distributed widely for consultation, and the feedback received will “inform revisions that will lead to a proposed social statement” to be submitted to the NCC. The NCC will review the proposal before it is presented for endorsement to the 2011 convention.

The study consists of seven sessions that include reflections and questions about human sexuality in relation to the following issues: discipleship, relationships, sin, families, justice, orientation and spirituality. Each session begins and ends with a prayer.

The study, which is available online at www.elcic.ca/human-sexuality is available for individual and congregational use. Lutherans have five months or until Feb. 28, 2010 to submit their feedback.

The ELCIC has 162,100 baptized members in 611 congregations and is Canada’s largest Lutheran denomination.