Home » Dream of a better world for all, Tutu tells graduates

Dream of a better world for all, Tutu tells graduates 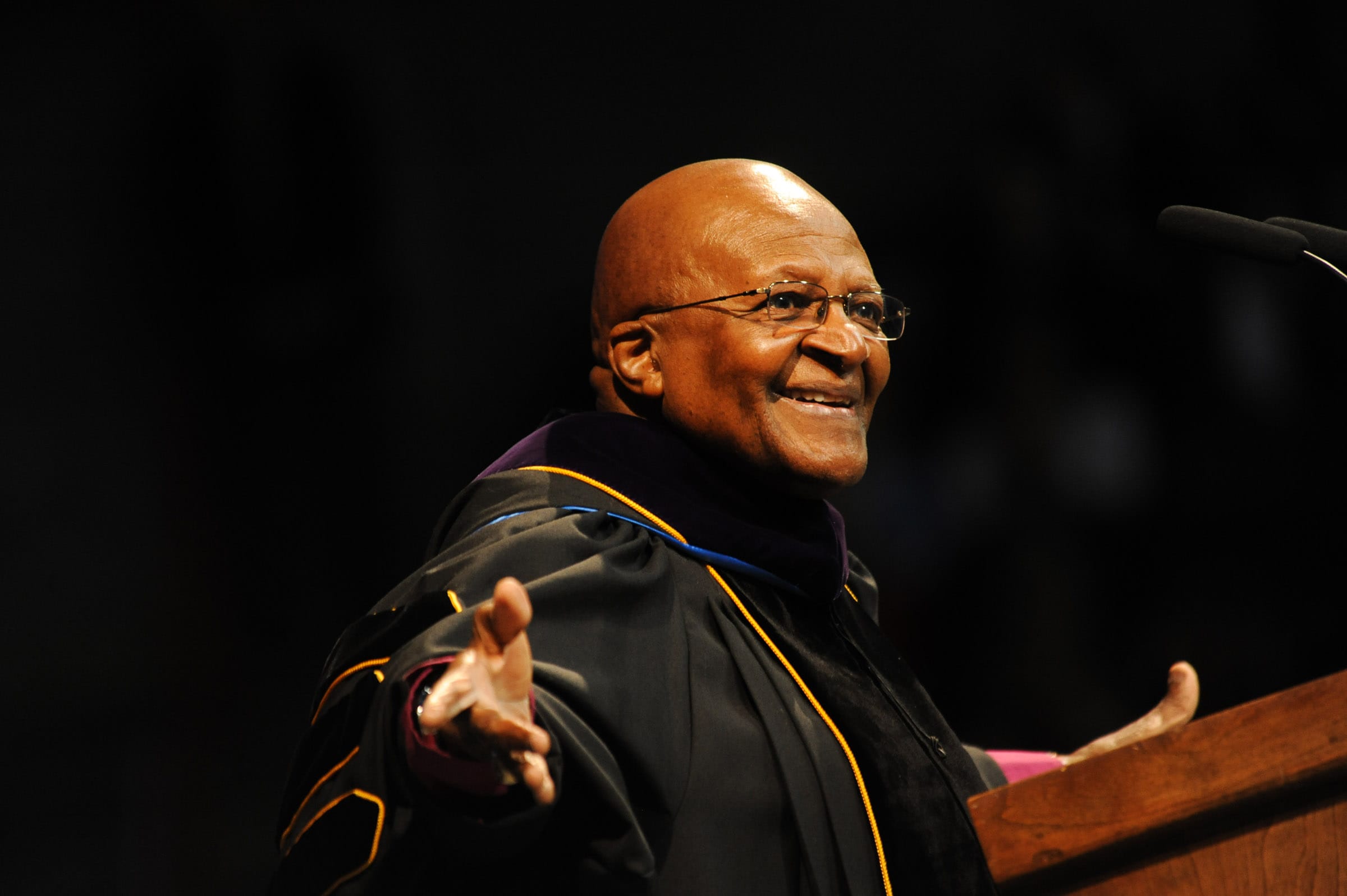 Nobel Prize Laureate and Anglican Archbishop Desmond Tutu on May 13 urged Gonzaga University graduates in Spokane, Washington to dream of a world without war, poverty, racism and other injustices.

Although an estimated 11,000 people attended the event , not everyone welcomed the university’s decision to invite Tutu as commencement speaker and to award him with an honorary doctor of laws degree. Prior to the event, more than 700 students, faculty, staff and alumni criticized his support for gay marriage and abortion rights and signed a petition urging the university to reconsider its decision.

In his address, Tutu responded by saying that God is “all inclusive” and that “no one, no one is outside his embrace.”

In his address, Tutu told the graduates that throughout history, God has used young people to change the world. He cited Mary Magdalene, Jeremiah and King David as examples. “You are part of a movement to change God’s world, to make it beautiful,” said Tutu.  “God says …‘please help me to make my world more hospitable through gentleness. Help my world become more hospitable to caring, to compassion and to sharing.’ ”

After receiving the honorary degree, Tutu urged all those gathered at the Spokane Arena to help put an end to war around the world. He called the billions of dollars spent on war “obscene,” especially when one considers how little is spent to fight hunger and disease. “A minute fraction would ensure God’s children everywhere had clean water to drink,” and children had access to inoculations that would help them to live, said Tutu.

Although he has retired from public life, Tutu said he “could not resist” the university’s invitation because he knew its vice president for student life,  Sue Weitz, and because he was inspired by its student publication, Oneworld, which focuses on social justice.

“It just blew my mind,” said Tutu of the publication. “I wanted to congratulate all of the students who were responsible for that publication because it was describing some of the fantastic things that the students do. Young people, he added, “are some of the most incredible creatures in God’s world.”

With files from the Gonzaga University News Service