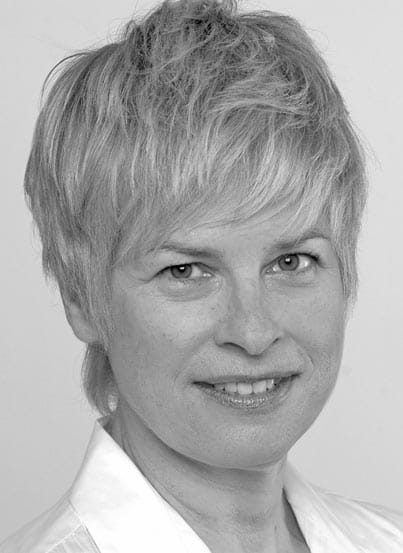 Dr. Rachel Jordan’s clear, beautiful singing voice pierces the quiet. Startled, my head snaps up as a shiver runs down my spine. I thought we were having a moment of silent prayer. What is she doing?

Jordan is singing, all by herself, at the front of Cody Hall in St. Paul’s Bloor Street in Toronto. Her eyes are closed and her face is lifted, her expression serene. Her slim frame sways slightly, side to side. The melody is haunting, so simple there is nothing to distract from the power of the message.

We are having a moment-Jordan, me and 200 clergy and lay leaders from across Canada. We are an ecumenical bunch: Anglican, United, Presbyterian, Mennonite. Together, we are learning about Fresh Expressions of church and of faith. Together, we are opening our hearts without knowing what to, exactly. Or where it will take us.

Jordan repeats the refrain over and over. There seems to be no rush, no agenda. Her eyes stay closed, her body relaxed. The effect is hypnotic and gradually, the group starts to join in. Uncertain at first, our voices get stronger and the harmony more confident. A glorious sound (to us) swells to fill the two-storey space. It’s okay, I tell myself. I am trying something new. We are trying something new. You don’t have to understand what’s happening. Just go with it.

My eyes prickle with hot tears and I swallow hard. My admiration for Jordan ratchets up a notch or two. This woman’s got guts.

“It is a creative style of evangelism, drawing people into a relationship with Jesus Christ,” he explains on the website of Fresh Expressions Canada [freshexpressions.ca]. “It represents an imaginative approach to strengthening the witness of a local Christian community. I encourage you to learn more about this initiative.”

Last month, in an effort to help us learn more, Jordan was invited to speak at the fourth annual Vital Church Planting conference. It was organized by Fresh Expressions Canada in conjunction with The Institute of Evangelism at Wycliffe College and the diocese of Toronto.

“Fresh Expressions is proof the church is not dying,” Archbishop Colin Johnson, metropolitan of the ecclesiastical province of Ontario, told delegates. Each year attendance at the conference has grown and now, there is a second annual conference, in Edmonton.

For newcomers like myself, the three-day event pulls back the curtain on a grassroots movement that hovers just under the radar, promising to change the face of organized religion. The ideas, like Jordan’s song, are simple and powerful. They arise spontaneously, more from a bubbling up than from anything coming out of a five-year plan. This is a movement fueled by faith and more faith, its modus operandi a willingness to listen and learn and even, God forbid, to make mistakes.

Based on a missional model, Fresh Expressions challenges people to put themselves out there, literally. It calls for church where there is no building, Christianity without the infrastructure. It’s an ecumenical movement in which everyone becomes a disciple, headed out into the wilderness of secular culture. Clearly, the time for passive adoration is over. And I suspect, like Jordan-like Jesus-some of the most effective leaders will be young.

“I thought I was going to be a rock star parachuting into a neighbourhood to bring Jesus to the heathens,” says Pernell Goodyear, a church planter for The Salvation Army and the first non-Anglican plenary speaker at the conference. “What I found was that Jesus was already there,” he says. Goodyear sports tatoos from wrist to shoulder. He warns us that to see the rest of them, “we’d have to be dating.” But his schtick doesn’t fool us.

Just as intelligent, articulate and passionate as Jordan but without the academic pedigree, Goodyear is also on a mission. In 2001, he founded a “church” he christened The Freeway. Situated in a bank building on a dusty downtown street in a decrepit Hamilton, Ont. neighbourhood called Beasley, The Freeway is a combo community and worship space that’s part coffee house, part arts centre. The impoverished urban community it serves comes with many challenges, including mental illness.

“Nobody moves to Beasley unless they have to,” notes Goodyear, whose three children are being raised there. The work is incredibly discouraging, the community perpetually re-arranging itself, people showing up and then leaving, over and over again. Goodyear admits that most days he feels like giving up. Except he can’t. He is following Jesus because he has no other choice, he says, adding that Jesus is “like a nagging girlfriend who won’t leave me alone.”

Clearly, this isn’t about dealing from a position of power, from a place that is familiar and safe. Part of the work, as Goodyear sees it, is to normalize faith so there is no gap between the secular and the sacred. To do this, he says, we are going to have to “get to the place where the church really exists-the world outside our doors.” His age? Thirty-something.

But while Fresh Expressions may be drawing brave disciples into uncharted territory, let’s not underestimate the courageous acts of faith going on inside church walls, too. In the diocese of British Columbia, for instance, recommendations for restructuring include the dis-establishment of 19 churches. To say that people are finding it difficult doesn’t tell the story by half. As the congregational development officer for the diocese, the Rev. Gary Nicolosi is witnessing “the pain and the tears and the heartbreak” as he travels from parish to parish, talking to people about their little church community being merged into a “hub” church. “It’s very, very hard to give up what you’ve cherished and loved,” Nicolosi notes.

It’s a big shift in the way the diocese of British Columbia is doing church, and it’s unique from other dioceses in Canada, even in North America. First, it has moved away from the “incremental” or “transactional” model of change, which takes a church-by-church approach to assessing viability and making decisions. (The incremental model is a more pastoral approach and easier on the parishioners, admits Nicolosi.) Instead, leaders in B.C. are using a “transformational” model to examine the diocese in its entirety. And they are measuring success with hard numbers-financial and attendance-rather than anecdotal evidence. Without measurements for determining success, says Nicolosi, “the plan will fail, no matter how nicely it’s written.”

By 2012, the plan is for every church in the diocese to be “a vibrant Christian community….” To get there requires hard-nosed implementation. Parish progress (or lack thereof) will be measured over a period of three years (2009-2011) based on total membership; average Sunday attendance; number of baptisms, marriages and funerals; budget growth or decline; stewardship of members and the number of “giving units.” By 2010, all parishes will have a user-friendly website and public relations strategy and by 2011, all parishes will have a three-year strategic ministry plan.

An assertive plan? Absolutely. Overly ambitious? Absolutely not. To catch up to the ever-changing world around us, we’d better be ambitious, assertive and yes, business-like. It may feel weird, it may be frightening. We can probably expect more pain and tears and heartbreak. “We’re not just re-organizing,” points out Nicolosi, “we’re facing a cultural transformation, too.” This is not the end, he adds. “This is the beginning. We celebrate what has gone before, but we move forward, in faith, to what can be.”

He may not be thirty-something, but in this, Nicolosi sounds a lot like Jordan, who talks about taking small steps of faith, in fear. “We are not alone, but we do need constant reminding,” she tells us, her eyes open, her laptop now closed, her talk over. “God loves us. Never quit.”