Home » Diocese of the Arctic to elect two new bishops

Diocese of the Arctic to elect two new bishops 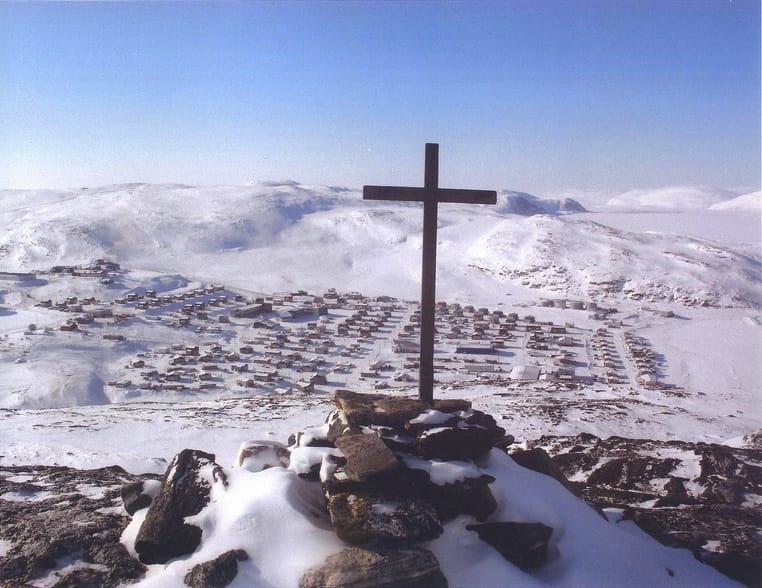 The diocese of the Arctic has a presence in the community of Salluit, in northern Quebec (pictured here from a hill above the town). Photo: David Ellis

On May 29, the synod of the diocese of the Arctic will elect two bishops –a co-adjutor and a suffragan–from a slate of four candidates.

The new bishops will succeed Bishop Benjamin Arreak, who retired in 2010, and Bishop Larry Robertson, who was elected diocesan bishop of the Yukon that same year.

The co-adjutor bishop will become the diocesan bishop when Bishop Andrew Atagotaaluk retires, while the suffragan bishop will serve as an assistant bishop.

The candidates chosen by a selection committee include: the Rev. Darren McCartney; the Rev. Capt. David Parsons, the Rev. Iola Metuq; and the Rev. Haydn Schofield.

For more than three years, McCartney served as rector of St. Luke’s Anglican Church, in Pangnirtung, Nunavut, before returning to his native Ireland in 2006.  McCartney was ordained in the diocese of the Arctic in 2004 and learned to speak the South Baffin dialect while in Pangnirtung. He is currently rector of St. Matthias Church, Knocknamuckley, diocese of Down and Dromore in the Church of Ireland. McCartney has worked as chaplain for the Royal Army chaplain’s department and priest for St. Nicholas’ church Carrickrergus, diocese of Connor, Ireland.

Parsons is the regional dean of the Arctic diocese’s Mackenzie Delta deanery and incumbent of the Church of the Ascension in Inuvik and St. David’s, in Tulita. Both are in the Northwest Territories. Ordained in 2004, Parsons has worked as an evangelist for the Church Army in Canada, chaplain for seafarers, diocesan refugee coordinator and hospital hostel administrator.

Metuq is regional dean of the Arctic diocese’s Delta deanery and is the rector at St. Thomas? Inukjuak,  and priest in charge at St. Stephen’s church in Kuujjuaq. Both are in Nunavik, northern Quebec. Ordained in 1989, he has also served Holy Trinity church in Kangirsuk and St. Michael & All Angels in Broughton Island, both in the Arctic diocese. An Inuit, Metuq was mayor of Pangnirtung from 1981 to 1982. He has been a member of General Synod’s Partners in Mission and Ecojustice committee and the Anglican Council of Indigenous People.

Schofield worked in the Arctic diocese for more than 20 years as regional dean, archdeacon and diocesan executive. He was rector of St. Andrew’s Anglican church in Hay River and Church of the Resurrection in Uluhaktuk– both in the Northwest Territories.  He also served in the provincial executive of the ecclesiastical province of Rupert’s Land for two terms. He is currently the incumbent at St. Luke’s church, diocese of Calgary. He received a licentiate in theology at St. John’s Theological College in Nottingham, England, and was ordained in 1984.  He is familiar with the Inuinnaqtun, the dialect spoken by the Inuvialuktun in the Northwest Territories.