Home » Diocese of Montreal reaches out to wider community

Diocese of Montreal reaches out to wider community 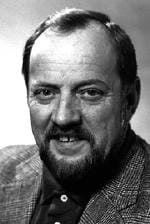 THE DIOCESE OF Montreal continues to weather political upheaval and a population drain that has threatened its survival in a predominantly Roman Catholic and French Canadian faith and cultural community.

It has not been easy, said Bishop Andrew Hutchison, but the survival instincts that have driven many congregations are also fuelling a renewed sense of purpose and a desire to be a force of ministry in the community.

“The Anglican Church in Montreal has always been terribly English and the leaders of English life in Montreal also tended to be the leaders in our churches,” he said. “In the years since the start of the Quiet Revolution in Quebec – there were 100,000 or more members of the Anglican church – since the 1960s, 75 per cent vanished westward along the 401.”

Bishop Hutchison said the ongoing challenge is not only to remain a faithful presence in the diocese, but also to maintain the infrastructure. The diocese covers the city and island of Montreal, the Laurentians, the south shore of the Montreal region and part of the Eastern Townships.

There are 122 Anglican churches in the diocese. In the past 10 years, some have had to close. Others have seen a shift to part-time or shared ministry arrangements. Making these changes, said the bishop, is never easy for anyone.

“Generally, when you talk to people they’ll say, ‘Sure, close another 20 churches, but don’t close mine.’ It continues to be a problem.”

“Churches are more than bricks and mortar, they are markers of history and community. One of our needs is to continually manage our assets.”

He added that the diocesan family has many valuable assets, but is cash poor.

When he became bishop in 1990, Bishop Hutchison made it a requirement that all priests in the diocese be functionally bilingual – though the overwhelming majority of parishes are English-speaking.

“It is true that they could survive without a word of French, but it is important to be able to connect with the community outside of the church walls,” he said. “I make an effort to include some French in liturgy. It is met with grace and genuine appreciation. We cannot be an island unto ourselves. We must represent ourselves as a servant church.”

To that end, the diocese has initiated, or is participating in, a number of projects to reach the wider community including a shelter program and a community feeding project. A ministry to street people in downtown Montreal “ministers to more people now than the church it replaced,” the bishop said.

In addition, the diocese is the largest corporate sponsor of refugees in the community, and has set up a companionship diocesan arrangement with the church in southwestern Brazil. While the number of people available to participate in this work has decreased, those who remain are committed to their projects.

“All things work together for good for those who love God,” Bishop Hutchison said. “We are so much smaller at the moment, but we are still as committed and working as effectively as we did before our difficulties.”

The hard work is also bringing about a spiritual renewal. “The sisters of St. John the Divine have established a wonderful centre for retreats, there is ongoing interest in the Education for Ministry program, and we have re-established the diaconate.”

A major congregational development program is under way to help congregations assess and develop existing resources.

In many ways, the challenges the Anglican church has faced in Montreal have been a catalyst for positive change, Bishop Hutchison said. For example, Christ Church, one of the oldest parishes, had shrunk to three or four people coming together to worship every other week.

The decision to buy a rectory and install a bilingual priest was not taken lightly, said the bishop, but a renewal has begun in the parish. “There were 120 people at this induction,” said the Bishop. “Every Sunday, there are more people attending the French language service.”

Meanwhile, in a new subdivision, a growing French language ministry is attracting 300 people per Sunday, mostly young families, to worship in a school gym. “I hope they never have a building,” Bishop Hutchison said. “At the moment, all their income can go to parish ministry and outreach. They don’t have mortgage payments over their heads.” Despite the positive signs, there are still some lingering problems, not the least of which is the annual drain of population as people leave to go west, seeking jobs. “We lose about 2,000 Anglicans each year,” the bishop said. “But even in the face of that, we can still say the church is more than an institution. We are supported by God and even when the buildings are gone, we will still be here ministering to people.”

Nancy Devine is a writer and editor living in Aurora, Ont.