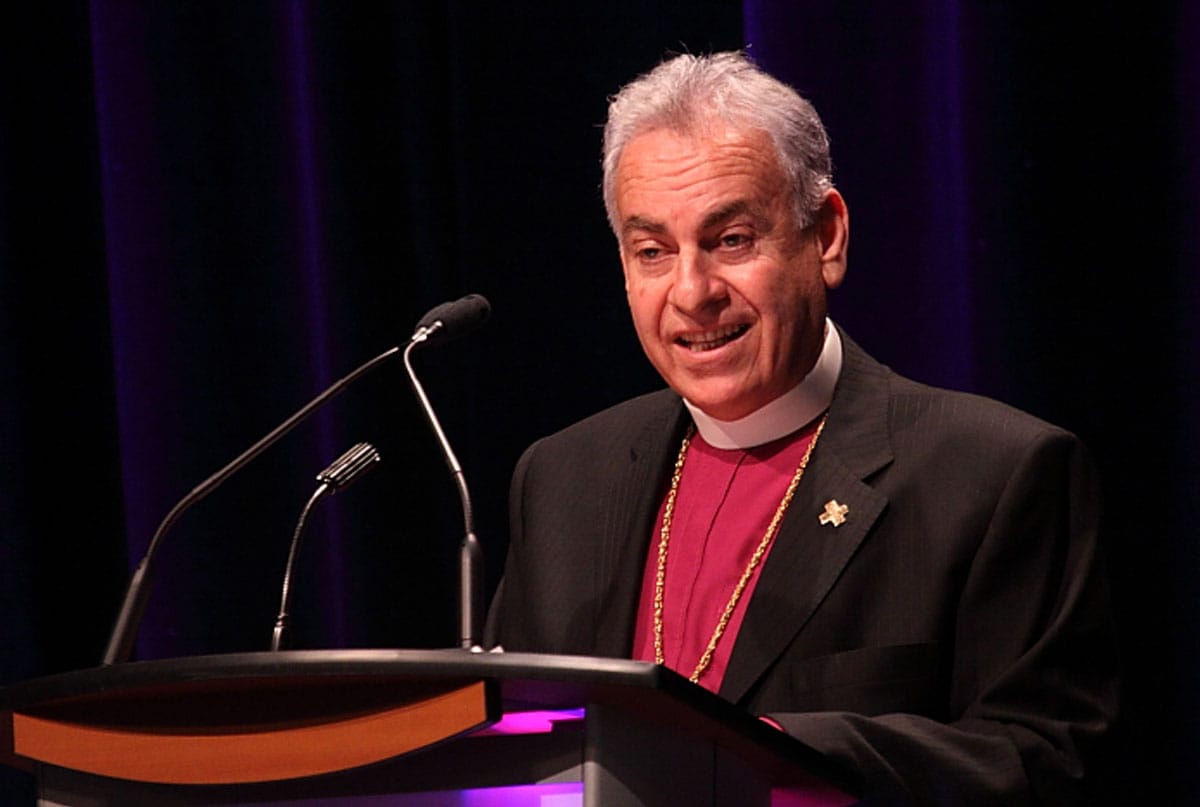 Resolution A184, “Peace and Justice in Palestine and Israel,” was passed by members of General Synod 2010 on June 9. The resolution asks the general secretary of the Anglican Church of Canada to write to the prime minister to ask that Canada “take a more constructive and active lead in creating conditions for peace.” This would include “…ending the boycott of supplies and services to Palestinian Territories, and policy and aid in support [of] Palestinian infrastructure and economy.”

Synod also requested that the letter reiterate the church’s policy, which:

* calls for comprehensive and lasting peace with justice in Palestine and Israel;

* recognizes the legitimate aspirations, rights and needs of Israelis and Palestinians to live within sovereign and secure borders;

* condemns the use of violence of all kinds, especially against civilians

* calls for an end to the Israeli occupation of Palestinian Territories and the end of illegal Israeli settlements;

* calls Israel, as an occupying power, to respect the 4th Geneva Convention

* requests measures by the Palestinian Authority to reduce poverty and unemployment, and to improve services to Palestinians;

* recognizes the city of Jerusalem as a shared holy place for Christians, Muslims and Jews; and

* recognizes the need for trade between Palestine and Canada.

Resolution A184 also commits the church, through the Partners in Mission and Ecojustice Committee, to review documents endorsed by church and interfaith dialogue partners on the status of Jerusalem and other issues which confront the Christian, Muslim and Jewish faiths in Palestine and Israel. After the documents are reviewed, the committee will commend them to members of the church for examination and reflection for the benefit of mutual respect and understanding.

The resolution requests that the committee “equip Canadian Anglicans to work locally for peace with justice in Palestine and Israel in conjunction with ecumenical and interfaith organizations.

Canon Maylanne Maybee, eco-justice co-ordinator for the Partnerships department, said the Partners in Mission and Eco-Justice Committee worked to craft the resolution in close consultation with the Middle East working group of the ecumunical social justice organization Kairos, the bishop of Jerusalem and with Canadian partners, particularly the diocese of Ottawa.