“Dare to become mediators for peace” 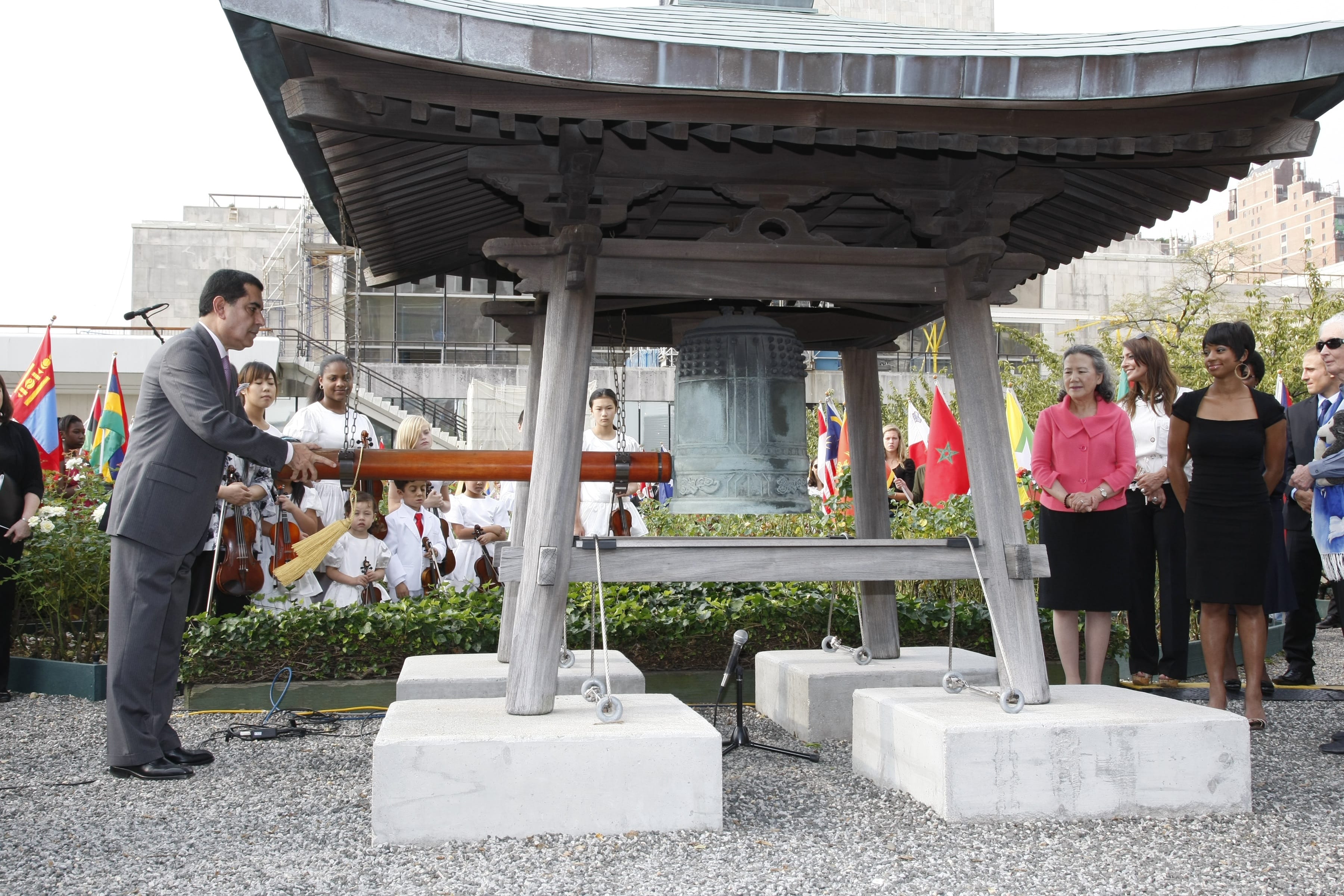 New York—The 30th anniversary of the U.N.’s International Day of Peace and its 2011 theme, "Make Your Voice Heard," was marked by a number of different interpretations and expressions of the idea of peace.

The same day—Sept. 21—is called the International Day of Prayer for Peace by the Geneva-based World Council of Churches (WCC). This year, the WCC asked the attendees from last May’s International Ecumenical Peace Convocation, and anyone who followed the event, to offer a prayer for peace. The prayers are being posted on Facebook.

"Use me, Lord, to build bridges of hope," was offered by the Rev. Edelberto Valdes Fleites in Cuba. Father Bernard Ugeux, a missionary in Rwanda, wrote: "Make us artisans of peace in the example of Christ, women and men of courage and discernment. Rather than fleeing from conflict, make us willing to identify, to denounce and to dare to become mediators for peace and justice."

In the day’s major news event, U.S. President Barack Obama, addressing the U.N. General Assembly in New York, said peace involves the ability "to love our families and our God." Turning to the political realm, he also called for a negotiated settlement between Israel and the Palestinians on the question of a Palestinian state, rather than a declaration by the U.N. Security Council.

"Empowering people of conscience and good will to make their voices heard is a crucial part of communicating peace…We call on all people, especially today’s youth, to demonstrate the power of positive communication in support of human dignity, human rights and peace for all," said WACC president Dennis Smith and General Secretary Karin Achtelstetter.PeaceWeek 2011, sponsored by several peace advocacy groups, held seven days of free online workshops that interpreted peace in such personal realms as business relations and inner tranquility as well as considering peace and international security. Clergy included the Rev. Robert Chase, who works globally in the field of cross-cultural dialogue, and Rabbi Justus N. Baird, director of the Center for Multifaith Education at Auburn Theological Seminary in New York.

Educating peace through the arts, the Global Peace Film Festival took place in Orlando, Florida. Featuring over 40 films from six continents, the film festival seeks to "expand the definition of peace beyond anti-war, ideology, activism or specific causes … [Our] films and events suggest a more personal message as reflected in the daily lives of individuals and communities the world over."

Originating in 1981, the International Day of Peace, also known simply as "Peace Day," is recognized every year on Sept. 21 to commemorate the opening of the U.N. General Assembly.