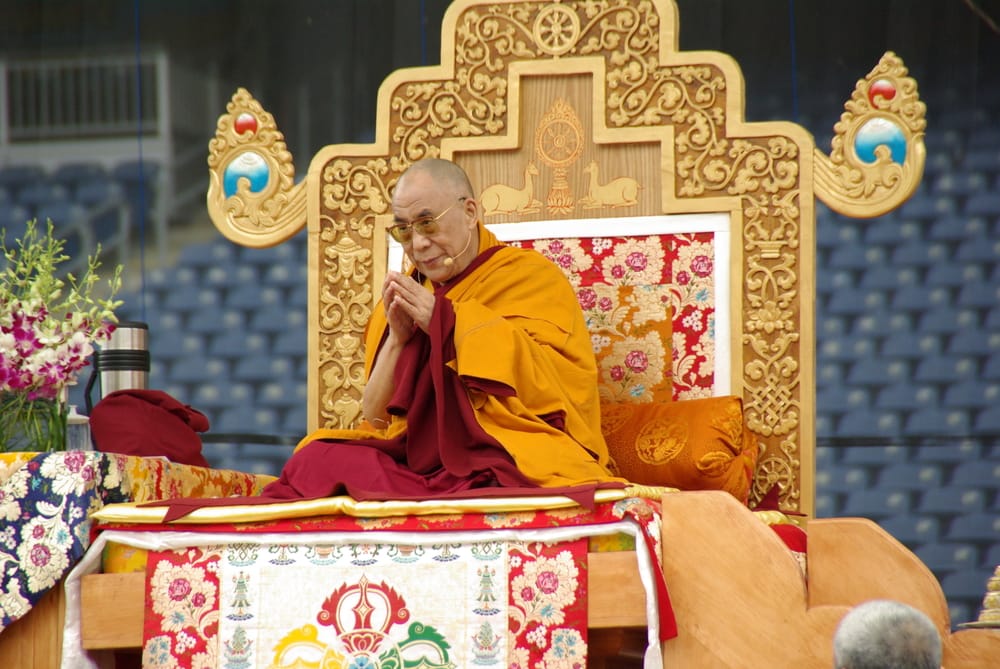 The Dalai Lama cancelled a trip to South Africa to celebrate Archbishop Emeritus Desmond Tutu’s 80th birthday after he was denied a visa. Photo: Anthony Ricci

Critics said the government of President Jacob Zuma and his African National Congress party were bowing to pressure from China, a close trading partner that has clashed with the Dalai Lama over greater freedoms for Tibet, which has been ruled by China since 1950.

In a message on his website from Dharamsala, India, the Dalai Lama said he called off the planned October  6 to 14 visit because he does not want to "create any inconvenience to anyone, individual or government." The Dalai Lama has not advocated independence for Tibet, but greater autonomy.

Tutu, like the Dalai Lama a Nobel Peace Prize laureate, criticized the South African government, saying on a Johannesburg broadcast program that "I have to say that I can’t believe this, I really can’t believe this."

The Dalai Lama was scheduled to give a speech titled, "Peace and Compassion as a Catalyst for Change" in honor of Tutu’s birthday on Oct. 7 and receive the Mahatma Gandhi International Award for Peace and Reconciliation.

South Africa’s deputy president, Kgalema Motlanthe, recently returned from China, having signed several trade agreements, but the government said it was not under pressure from China to stop the Dalai Lama’s visit.

On Oct.3, responding to rumors the visa would not be issued, about 300 supporters of the Dalai Lama held a protest outside the South African parliament in Cape Town. The Desmond Tutu Peace Centre issued a petition calling for the Dalai Lama to be allowed into South Africa. Signatories said they were "ashamed and hurt" by the visa delays and that they believed the Dalai Lama was being refused entry "on the basis of political considerations that are inconsistent with our Constitution and the values contained in it."