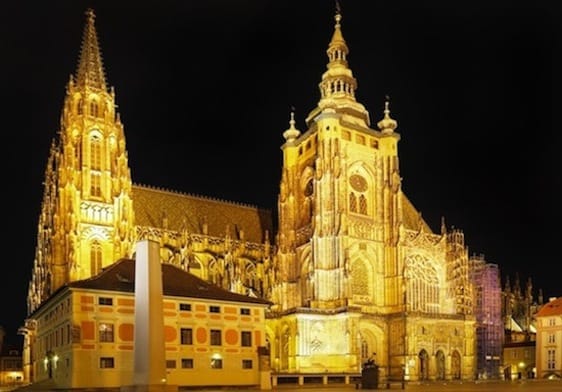 The Czech state and religious groups have finalized an accord that would allow churches to reclaim properties seized under communist rule. Photo: Shutterstock

Warsaw – A prominent Czech ecumenist has welcomed an agreement that would allow churches to reclaim land and buildings seized under communist rule, but give up receiving state subsidies.

"The ball is now in the government’s court to prepare the necessary legislation," said Joel Ruml, chairman of the Czech Ecumenical Council, adding that the legislation is expected to be introduced early next year.

The 58-year-old Protestant was speaking after the draft settlement was finalized in Prague on Aug.25, allowing religious associations to retrieve assets confiscated after the 1948 communist takeover, while obtaining financial compensation for others.

In an ENInews interview, Ruml said the restitutions, expected to begin in January 2013, would particularly affect the Czech Republic’s predominant Roman Catholic church, which lost the most under communist rule.

However, he added that all denominations would have to prepare for the gradual ending of state support in a country where clergy salaries have been paid by the state since the eighteenth century.

"Although we’ve dreamed for years of becoming free from the state, this will pose a great challenge," said Ruml, whose council groups 11 Christian denominations, with the Roman Catholic church holding associate membership. "Many church members are used to state support, and will need to be shown how this new situation offers opportunities for stabilizing our position and opening society to our work."

He added that "being free from state financing will improve the churches’ image – for the first time, we’ll be able to say we don’t receive any taxpayers’ money." Ruml is a member of the Evangelical Church of Czech Brethren. "Although it wasn’t easy, it’s an important ecumenical achievement that we could all agree on how our interests were best protected."

The fate of thousands of church lands and properties seized in the 1940s and 1950s, some later sold to private owners, has been a point of dispute since communist rule was overthrown in the 1989 "Velvet Revolution," and a previous church-state accord on the issue was blocked by some legislators in June 2008.