An agreement that will compensate former Indian residential school students and limit legal liability for the churches that ran the institutions took a step closer to finalization on Dec. 15 when seven courts approved the arrangement. 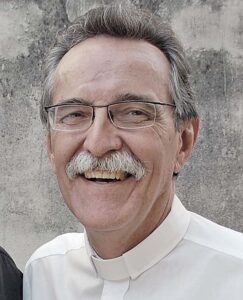 Courts in British Columbia, Alberta, Saskatchewan, Manitoba, Ontario, Quebec and the Yukon released decisions. Two courts – Nunavut and the Northwest Territories – have yet to rule, but their decisions are expected early in the new year.

It is the first time so many courts have been involved in the approval of a class action. In his judgment, Ontario Superior Court Justice Warren Winkler wrote that the parties “have asked the courts to depart from the normal practice and approve, as a term of the settlement, the combining of all outstanding litigation relating to the residential schools in a single class action which will effectively be filed in each jurisdiction in Canada if approval of the settlement is granted.”

“The Anglican Church of Canada welcomes the court decisions in seven of the nine jurisdictions,” said General Secretary Michael Pollesel in a statement.

Under the proposed agreement, aboriginal people who can prove they attended the schools are eligible to receive a “common experience payment” of $10,000 for the first year of attendance and $3,000 for each subsequent year. If serious psychological, sexual and physical abuse was involved, former students may receive additional payments of $5,000 to $275,000. It is estimated that there are about 79,000 living former students and the average payment received will be about $24,000. Total cost of the package to the federal government is estimated at $4-5 billion.

Two of the seven courts approved the accord unconditionally, but five courts identified issues they want to see addressed before giving final approval.

“There are two or three basic things,” said Mr. Pollesel. “One has to do with how the federal government is actually going to make it happen. They said an independent body is needed to oversee the process, or the federal government is policing itself. Another item involves contingency fees charged by lawyers. The judges believe there should not be carte blanche, that adjudicators should make the determination.”

It is estimated that there are 15,000 claims outstanding against the federal government and various church entities, seeking compensation for abuse suffered in the schools. The agreement, reached in November 2005 among the government, native plaintiffs, legal counsel and churches, would encompass all outstanding litigation, unless plaintiffs decide to opt out.

Mr. Pollesel said in an interview that he believes the settlement agreement will come into effect in the fall of 2007.

He also noted that the Anglican church supports a request from British Columbia Chief Justice Donald Brenner that the federal government consider “issuing a full and unequivocal apology on behalf of the people of Canada in the House of Commons.” In his ruling Justice Winkler wrote that the system is “widely acknowledged as a seriously flawed failure.” The settlement, he wrote, “is intended to offer a measure of closure for the former residents of the schools and their families.”

Under an agreement with the federal government reached in 2003, the Anglican church’s liability concerning the schools was capped at $25 million. However, early in 2006, the accord was revised to reflect a more-favourable agreement reached in 2005 between Ottawa and the Roman Catholic church. Anglican officials have said the church’s liability would likely be reduced to less than $16 million.

The Anglican, Roman Catholic, Presbyterian and United churches staffed varying numbers of the schools, which were supervised by the federal government. The Anglican church ran 26 of the 80 schools. The last school closed in 1996.