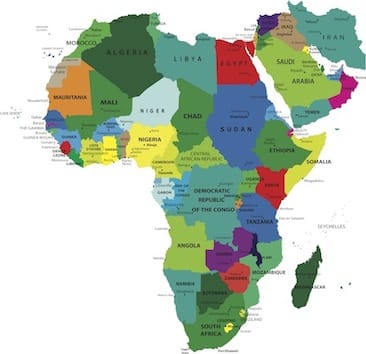 A series of ammunition explosions in the city of Brazzaville, capital of the Republic of Congo on March 4 killed more than 200 people and destroyed a church. Illustration: Serban Bogdan

A series of ammunition explosions in the city of Brazzaville, capital of the Republic of Congo on March 4 killed more than 200 people and destroyed a Roman Catholic Church.

The explosions originating from the national arms depot tore though a densely populated neighborhood in the outskirts of the city, flattening houses, bringing down roofs and shattering windows. More than 1,500 people were injured. Government officials said the explosion was caused by a fault in an electrical system.

Other worship centers suffered damage, according to news reports, but churches are also providing aid to people affected by the blast. The Catholic Church is providing shelter, food and medical support to hundreds needing medical aid, but cannot access services at the overwhelmed state hospital. More than 2,000 people are shelteried in compounds provided by the Church, according to reports.

"I am with the orphans of the victims of the disaster. The church … was completely blown away by the shock waves of the explosion," Monsignor Anatole Milandou, the Archbishop of Brazzaville, was quoted by Fides news agency as saying on 5 March.

With the people fleeing the area, the government urged for calm, as panic spread across the Congo River to Kinshasa, the capital of the Democratic Republic of Congo. The impact was also felt in that city which is only 10 kilometres away. The two former French colonies are separated by the river.

"Many windows have been shattered here in Kinshasa. We have not heard of any deaths, but what we find alarming is the construction of a weapons depot in a big city [Brazzaville] and in an area where people live," Bishop Joshue’ Bulambo Lembelembe of the Church of Christ in Congo (DRC) told ENInews from Kinshasa.