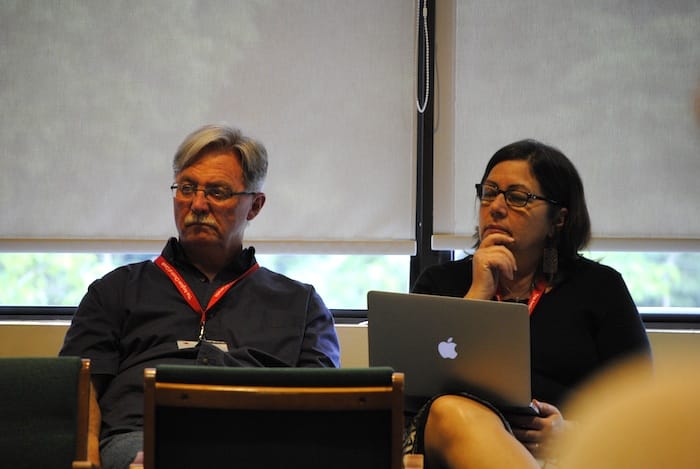 Mississauga, Ont. — As the Anglican Church of Canada embarks on possible changes to its structures and direction, it can turn to the Evangelical Lutheran Church in Canada (ELCIC) for some valuable lessons.

These lessons include the need to communicate decisions well.

“At some point, you will have to go from talking to implementation and change. And, there’s the rub, it’s difficult,” said the Rev. Doug Reble, ELCIC representative to CoGS. “Whatever you decide on, I encourage you to communicate well how those changes will positively benefit your church and your ministry.”

Reble also encouraged Anglicans to “be open to having a different kind of spiritual high” when it meets with Lutherans for a joint assembly July 3 to July 7, 2013, in Ottawa. Some Anglicans have expressed concern about a shorter General Synod.

Like the Anglican Church, the ELCIC is looking to change its structures so that they can serve mission and ministry, said Reble. ELCIC leaders would like to have three synods instead of five, reduce the size of its convention and limit frequency of meetings, but there is some resistance to the idea, he said.

Speaking at the CoGS spring meeting May 24 to 27, Reble reflected on how Anglicans and Lutherans live in a society where people don’t look at the church to meet their needs. But he reminded CoGS members that although the church is “not of the world, we minister in the world.”

This can have consequences, said Reble, noting the repercussions of the ELCIC’s decision last year to allow the blessing of same-sex unions. About 30 congregations in Alberta left, taking church property with them. There also have been departures in other synods and financial repercussions: the Alberta synod reduced its benevolence (giving) by $100,000.

“There is sadness when relationships end,” said Reble. “Is there regret? Depends on who you talk to.” Still, Reble maintains the decision was the right thing to do. “It was made in love. It was a long time coming and [was made] after much discussion. It was done in justice…it was an attempt to be a church in mission for others.”

Meanwhile, Martha Gardner, the representative to CoGS of The U.S. Episcopal Church, pointed out similarities with the Anglican Church of Canada. Her church is also engaged in conversations about restructuring, she said, noting that the Methodists, Presyberians and Lutherans in the U.S. are doing the same.

Gardner also told CoGS that The Episcopal Church will be considering the proposed Anglican covenant when in meets in Indianapolis this July.