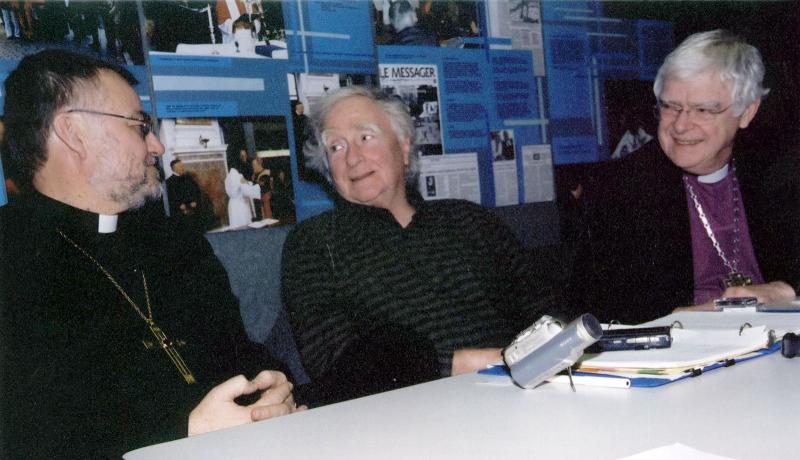 The Lutheran World Federation Assembly, which meets in Winnipeg from July 21-31, is expected to draw more than 1,000 Lutherans from around the world, and Anglicans are helping in a significant way.

Among the 500 guests and visitors to the conference will be the primate, Archbishop Michael Peers, who will speak to the international crowd on how the Anglican-Lutheran partnership in Canada is working.

Both the Anglican and Lutheran churches in Canada voted in 2001 in favour of full communion, whereby the two denominations maintain their identities but recognize each other’s rites, ministries and sacraments.

Based in Geneva, the LWF represents 63 million Lutherans and holds international assemblies every six years to set future policy and elect people to key positions. The July assembly will mark the first time it has met in Canada. Anglican volunteers are helping to plan the conference.

The LWF acts on behalf of its member churches in ecumenical relations, theology, humanitarian assistance, human rights, communications and mission and development work.

Archbishop Peers and Bishop Raymond Schultz, national bishop of the Evangelical Lutheran Church in Canada, met recently in Winnipeg and discussed full communion in Canada and their hopes for the upcoming assembly.

The following are some excerpts from that conversation, which was moderated by journalist Michael McAteer.

McAteer: How is full communion working?

Bishop Schultz: I think it’s working very well. When I visit my colleagues in the United States, where the Evangelical Lutheran Church in America is in full communion with the Episcopal Church in the United States, they look at us with considerable envy because the relationship that we have is so amicable. It also has a great deal of flexibility compared to the U.S. relationship where everything is kind of nailed down from the beginning and is a much more rigid process.

The most obvious examples of how it is working are that our two churches are exchanging clergy so that clergy for each denomination are serving congregations in the other.

Archbishop Peers: What Bishop Schultz says about the particularly Canadian way we’ve approached things and are approaching them is very important. We made a number of specifically Canadian choices. One of them was that if we want to encourage local initiative and local ‘getting to know each other,’ the leadership must give some encouraging signals and do some modeling. So the bishops have been meeting together once a year, for about eight years now. We meet at the same time and in the same place, and as well have some common time together discussing issues, not just Anglican-Lutheran issues.

McAteer: Do you expect some vigorous debate from delegates to what has been the North-South issue? Between churches in the developing south and churches in the affluent north?

Bishop Schultz: I think so.What I know for sure is that there certainly is a difference between the churches in the south and the churches in the north. And some of that is positive experience and some of it is not. … Probably the most major topic of debate will be around economics, because many of the southern churches exist in countries that are poor and are not the countries that make the rules about globalization and international trade treaties. Churches in the south receive money with conditions tied to it. They’re still very close to a colonial experience not only in the politics of their country but also in the politics of their churches.

Archbishop Peers: One of the most challenging tasks is to be able to produce a setting in which people who come form the north and the south can actually converse. It’s already been said that one of the contributions we can make is to acknowledge there is a north in the south. That is, there is a wealthy minority in some of the poorest countries in the world and sometimes churches are often allied with and represented in that constituency.

There is also a south in our north. Aboriginal people are very much part of that but they are not the only participants – there are refugees and immigrants facing difficult situations in Canada.