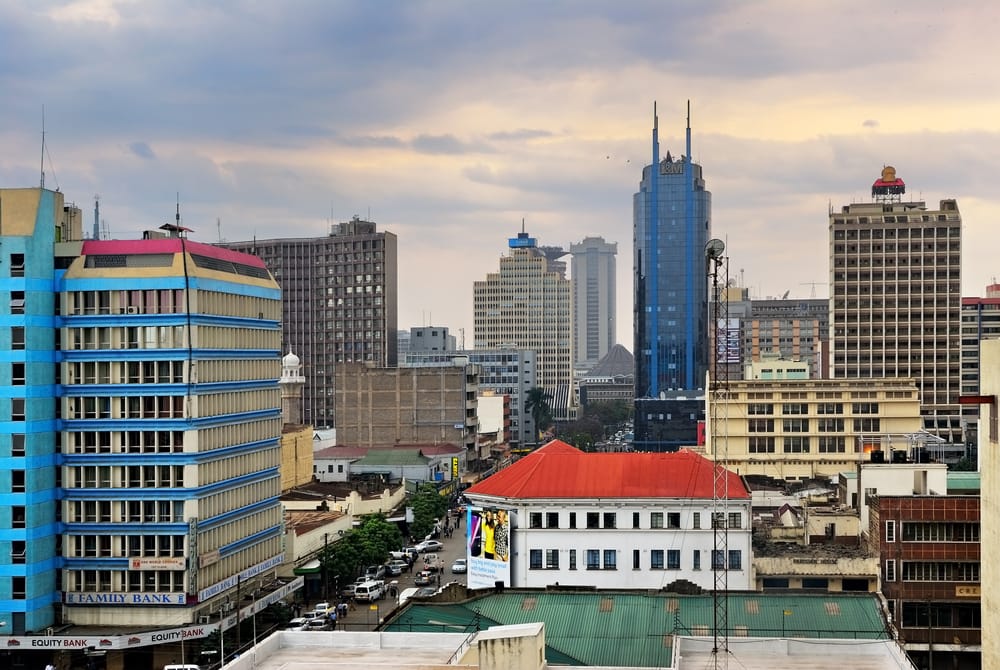 China is expanding its influence in Africa. Chinese corporations are winning contracts to construct buildings and churches in Nairobi, Kenya. Photo: Oleg Znamenskiy

Nairobi, Kenya – At Holy Family Roman Catholic Basilica in Nairobi, African workers were recently singing lively Christian worship songs as they broke ground for the construction of a new office block for the Nairobi Archdiocese.

However, they were not working for an African or British construction company. China Zhongxing Construction is building Maurice Cardinal Otunga Plaza, one of many church contracts Chinese construction companies have won in recent years as China has expanded its influence in Africa. Now, Chinese firms build many bridges, roads and stadiums across the continent.

“We have worked with them before and we have had a very good experience with them,” the Rev. Anthony Mwituria, who oversees construction in the archdiocese, said in an interview. “We issued a tender and they came with the best deal.” Church officials say the companies are reliable, quick and efficient.

“If you ask people to point out two things that China has accomplished, sometimes without difficulty, people will show you. Stadiums, roads, it is practical. If a road is to be built in two years, they give you a road,” the Rev. Mbaya Tshiakany, a leader from Church of Christ in Congo, Kasai Oriental Province told ENInews.

In the past, construction was undertaken by companies from nations that had sent missionaries to Africa, such as Britain, and in recent decades, companies from North America.

“Our traditional brothers together with their companies have helped us construct churches,” said Ugandan Anglican Bishop Stanley Ntagali of Masindi-Kitara diocese in an interview. However, he added, “China has also become a world economic power and they want to have a grip on Africa in this global village we are living in today.”

Country statistics on successful Chinese bids for church construction are not readily available, but in Kenya, ENInews found out that China Zhongxing has also constructed affordable houses for the Archdiocese of Nairobi staff. It has also built a church for the Faith Evangelistic Ministries, a Kenyan Pentecostal group.

“China is now winning contracts to build churches because its corporations out-bid those from elsewhere,” explained Jesse Mugambi, professor of philosophy and religious studies from the University of Nairobi.

China is now the leading trading partner with Africa. In 2009, with US$90 billion worth of trade, the country overtook France and the U.K., Africa’s traditional commercial partners.

China’s international contracts value hit US$126.2 billion the same year having registered a 20 per cent year on year increase and achieved a total revenue of US$340.7 billion, according to China International Contractors Association.

China also prints most of the Bibles used by Christians in Africa. Although reports say millions of Chinese Christians who do not worship in state-sanctioned churches are denied freedom of worship, the world’s largest Bible printing facility opened in Nanjing in 2008.

Amity Printing Company, the only state-approved Christian publisher, which works in collaboration with the United Bible Societies, doubled its annual Bible printing output. In 2007, Amity printed 6 million Bibles, but the new facility gave the company potential to print up to 12 million per year.

“China is offered contracts to print Bibles because this can be done in China much more cost-effectively than anywhere in the West,” said Mugambi.