Canadian elected as secretary general of the Anglican Indigenous Network 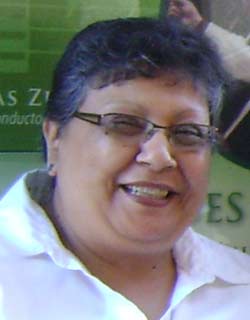 Donna Bomberry, indigenous ministries co-ordinator for the Anglican Church of Canada’s General Synod, has been elected secretary general of the Anglican Indigenous Network (AIN). The AIN brings together indigenous Anglicans from around the world to discuss common issues and challenges.

“…I have always felt that we, in indigenous ministries in Canada, were being supported and empowered by this incredible gathering of 30 First Peoples in the Anglican Communion…,” said Bomberry.

National Indigenous Anglican Bishop Mark MacDonald described Bomberry’s appointment as “very good news for the Anglican Indigenous Network. She will bring her broad experience, personal gifts, and well-earned reputation for trailblazing work,” he said. “For Canada, it will be a deeper bond and link with indigenous peoples around the world and a strengthened…vision and renewal in the spiritual movement in the Gospel….”

A member of the Cayuga Nation of the Six Nations Iroquois Confederacy, Bomberry is well-known for her work strengthening the church’s ministry with native people. She served as chair of the national church’s Council of Native Ministries, where she facilitated “Preparing the Way” for a new self-determining partnership with the church.

In 1994, Bomberry joined the partnerships department of General Synod as Canadian development co-ordinator, and later, as residential schools and native justice co-ordinator. She became indigenous ministries co-ordinator in 1996.

In 2004, Bomberry received the Order of Niagara, an award that honours the laity of the diocese of Niagara.

Bomberry will continue her work for the Anglican Church of Canada’s General Synod. She assumes her new post after the 2011 gathering of the Anglican Indigenous Network in Sydney, Australia.