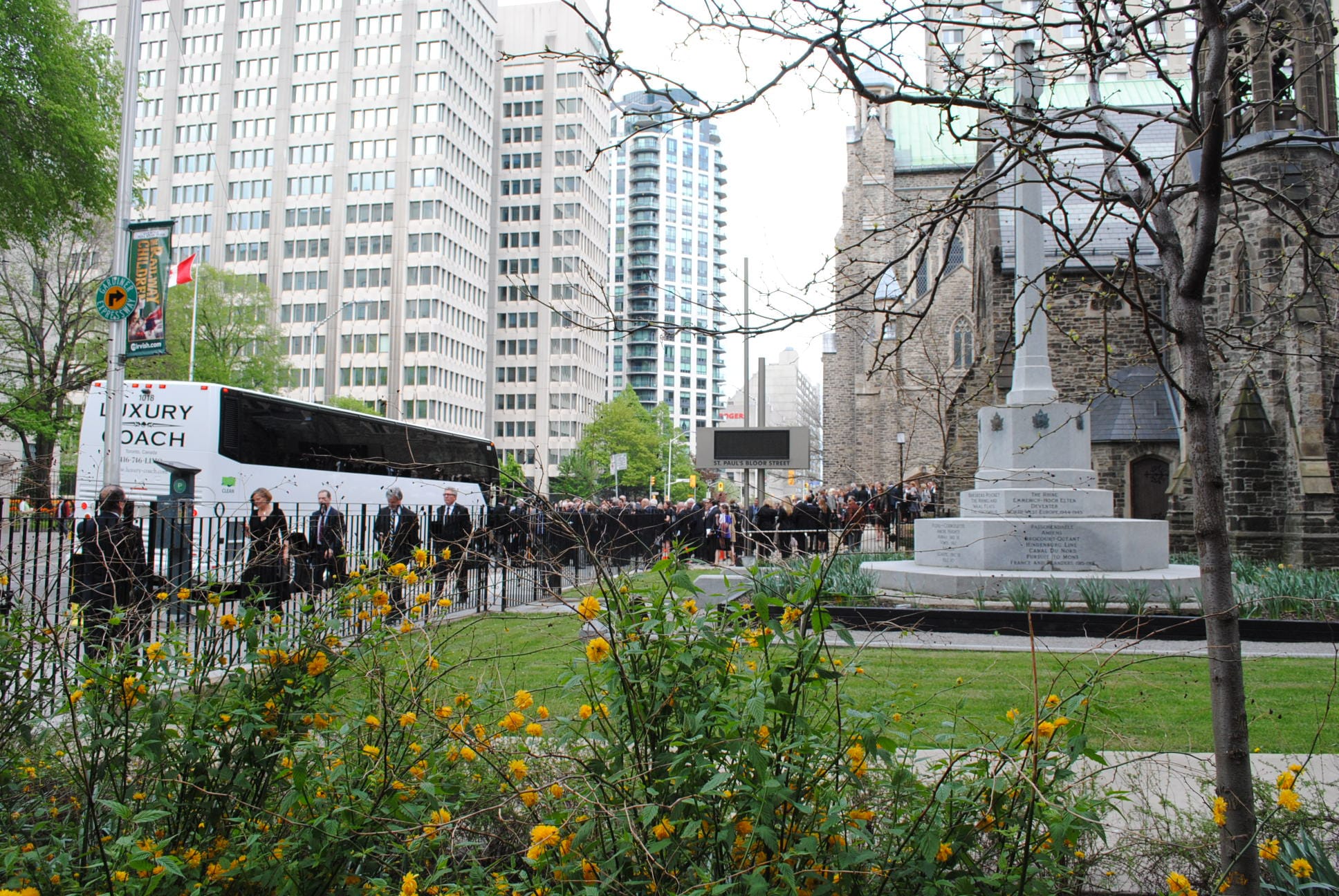 On May 20, more than 1,000 mourners came to say goodbye to frozen-food entrepreneur G. Wallace F. McCain, who died May 13. Photo: Marites N. Sison

On May 20, St. Paul’s Anglican Church in Toronto welcomed more than 1,000 mourners who came to say goodbye to frozen-food entrepreneur G. Wallace F. McCain, 81, who died May 13 after a 14-month battle with pancreatic cancer.

Descended from Irish potato farmers who came to Canada in the early 1800s, McCain was raised a Baptist. In 1956, he co-founded McCain Foods Ltd. with his older brother, Harrison, in the small town of Florenceville, N.B. Today the international frozen-food company has sales of $6 billion.

After falling out with Harrison, he left the family firm and relocated to Toronto. In 1995, he became chairman of Maple Leaf Foods in which he and his partners had purchased a controlling financial interest. The McCain touch soon transformed it into one of Canada’s leading packaged-food companies earning sales of $5 billion.

A 1951 alumnus of Mount Allison University, McCain received many honorary degrees as well as professional and humanitarian awards over the course of his life.

Known as one who liked to give away money even more than he liked to earn it, McCain was also a major Canadian philanthropist, supporting many cultural and charitable organizations through the Margaret and Wallace McCain Family Foundation.