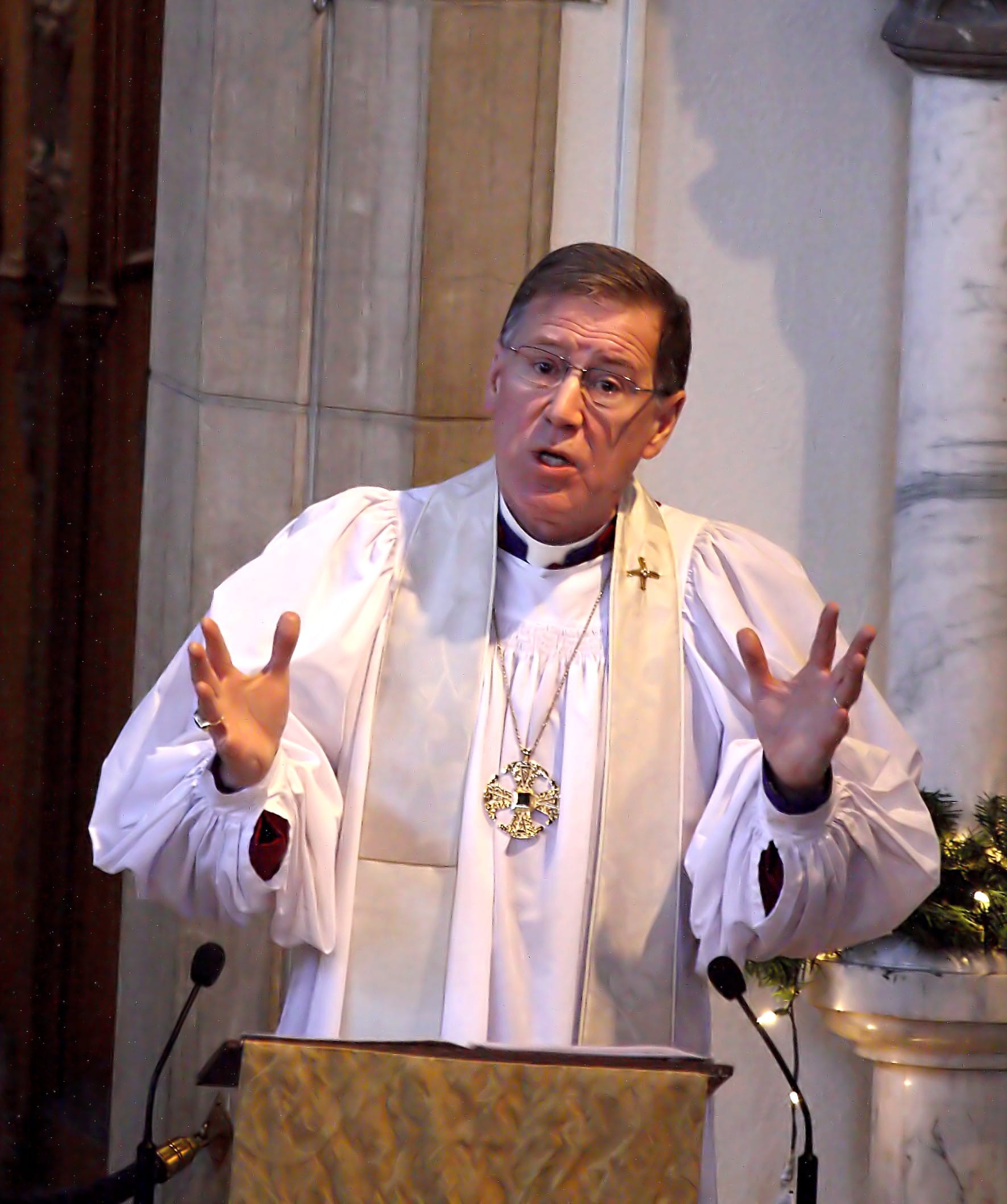 Archbishop Fred Hiltz, primate of the Anglican Church of Canada, gave a New Year’s Day address at Christ Church Cathedral in Ottawa. He used the address, which has become an annual tradition, to do for the church what many people are doing as individuals – to reflect on the accomplishments and difficulties of the year past and to look forward to the year ahead.

“2008 was my first full year as primate of our beloved church and I have had occasion to visit 25 of our 30 dioceses…. From northern communities to rural villages to downtown churches, I see a faithful preaching of the Gospel of Christ,” he said. “In those gatherings expressions of genuine care and concern for our church, its place in the Anglican Communion and its witness in the world always move me.”

The primate’s broad view of the past year included the challenges posed by financial deficits, the ongoing need to help heal the wounds of Indian residential schools and differences over the question of blessing same-sex marriages.

He noted that the plan adopted at November’s Council of General Synod for deficit reduction over the next three years was wise and responsible stewardship, but in order to address the problem of revenue, it was essential to present, as Henri Nouwen suggested, an exciting vision that invites people to invest their energy, prayers and money “in this work which God has given us.”

In the church’s relationship with aboriginal people in Canada, Archbishop Hiltz mentioned the appointment of Bishop Mark MacDonald as national indigenous Anglican bishop, participation in a “Remembering the Children” tour, and efforts to profile the Truth and Reconcilation Commission as important steps, and the government’s apology as “a sacred moment in the history of the nation. Now the challenge is to live the apology,” he said.

Questions about blessing same-sex marriages were discussed at the Lambeth Conference (the decennial meeting of Anglican bishops around the world) as well as at the meeting of the Canadian house of bishops in the fall. At Lambeth, Archbishop Hiltz said, “Much of our time was spent in ‘indaba.’ Indaba is an African word meaning ‘a meeting for purposeful conversations among equals.’ In those circles we discussed a wide range of topics including evangelism, the authority of scripture, sexuality, a covenant for the Anglican Communion, ecumenism, and social justice.”…”In the Reflections report produced by the conference it was noted that a strong majority of bishops present agreed that moratoria on same-sex blessings and cross-provincial interventions were necessary,” he said. Here in Canada, members of the house of bishops committed themselves to holding to the moratoria, “while recognizing the difficulty that this commitment represents for dioceses that in conscience have made decisions on these matters, commit[ted] themselves to continue walking together and to hold each other in prayer.”

In spite of the challenges, Archbishop Hiltz reminded Canadian Anglicans that there was much to celebrate, including the recent Amazing Grace project. “In over 500 places in Canada and beyond Anglicans gathered to sing Amazing Grace and to put a toonie on the plate in support of ministries in the Council of the North dioceses. Renditions ranged from traditional to “rap” and $40,000 was raised.”

The primate said that 2009 will also be a year of celebration, as the Primate’s World Relief and Development Fund marks its 50th anniversary. “Since 1959, Anglicans across Canada have given $89 million in support of PWRDF,” the primate said. But he also pointed out: “Alongside that good news is a staggering statistic. Only 30 per cent of church-going Anglicans support the fund regularly. We need to substantially increase our donor base. Needless to say, a major dimension of the 50th anniversary is public awareness and education.”

In closing, Archbishop Hiltz quoted from a Calvin Institute for Christian Worship document, calling on listeners to enter the new year in a spirit of “sheer wonder at the beauty of God, gratitude for the gospel of Christ, and an eagerness to deepen self-giving service in God’s world.”

The full text of the address is available at www.anglican.ca.