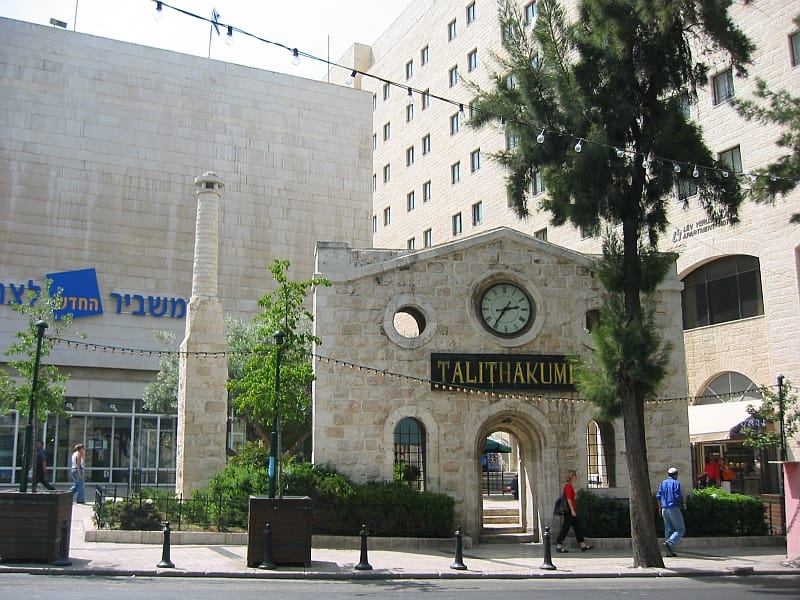 Aramaic is being revived in Christian villages in Israel. This facade of a former school in Beit Jala commemorates Jesus’s Aramaic words in Mark 5:41: “Damsel, I say unto thee, arise.” Photo Hmbr

In 2011, the Israeli Ministry of Education, approved the teaching of Aramaic as a living language in the village of Jish in Galilee. This semitic language, the Holy Land’s dominant tongue in at the time of Jesus, is being taught there at the elementary school level.

Another village, Beit Jala, which lies a couple of kilometres from Jesus’ birthplace in Bethelehem, is also trying to revive Aramaic as a spoken language.

Maronite Christians in the area believe the language’s survival is crucial to their identity. The Maronite church, which has been in formal communion with the Roman Catholic church since the time of the Crusades, features little-understood chanting in Aramaic.

Efforts to resurrect this ancient dialect in Christian communities in the Palestinian region are being helped online by Suryoyo Sat, a TV channel established in 2006 by the Aramean immigrant community in Sodertalje, Sweden. Suryoyo Sat recently opened studios in Europe and Lebanon and broadcasts in Aramic, Arabic and English.