Home » Anglican province may be streamlined

Anglican province may be streamlined 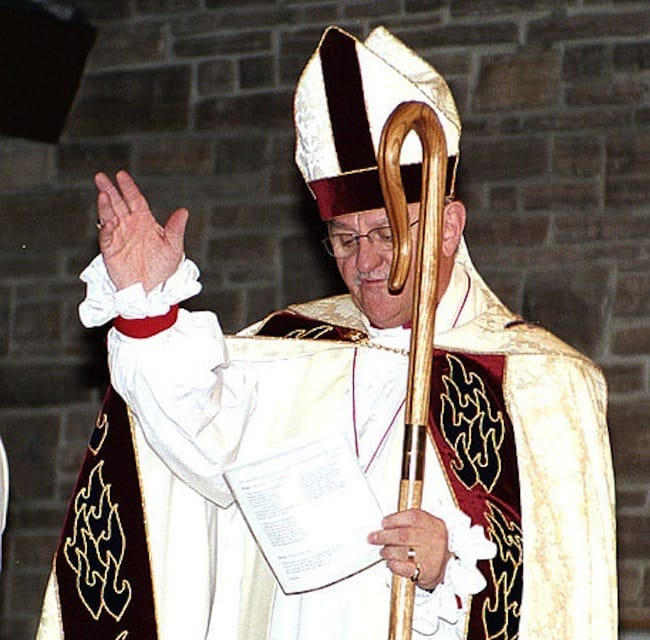 “We should start from a presumption that greater cooperation among the dioceses is desirable,” said Archbishop Claude Miller. Photo: David Watts

The lean-and-mean sort of downsizing that has marked corporate Canada of late may be poised to affect the ecclesiastical province of Canada—reducing the number of its dioceses so it can carry out God’s mission more efficiently.

Delegates to the September 2012 provincial synod will consider this possibility as one of several motions from the province’s governance task force aimed at reforming church structures to enhance mission.

According to a background note to the notice of motion, the proposal “recognizes the changing demographic of the Anglican Church within the ecclesiastical province of Canada in terms of both decreasing numbers and the increased cost of providing ecclesiastical services within our seven existing dioceses.”

A new configuration might see these dioceses merged into three: Montreal with Quebec; Fredericton with Nova Scotia and Prince Edward Island; and all three dioceses of Newfoundland and Labrador: Western, Central and Eastern.

“We should start from a presumption that greater cooperation among the dioceses is desirable,” said Fredericton’s Archbishop Claude Miller, the provincial metropolitan. “Then we need to determine which structures may best achieve this outcome.”

If the motion passes in September, the province will undertake to “explore possible realignment of dioceses,” and then report back to the next provincial synod in 2015. Although such motions are bound to induce anxiety, individual dioceses would have to have input, and no practical steps would be taken until after 2015.

? a reduction in the number of eligible diocesan delegates from 11 to sixA;

? a reduction in the members of the province’s inter-synod decision-making council from 31 to 22; and

Read the full texts of the motions here.