Home » All-points bulletin for a bell

All-points bulletin for a bell 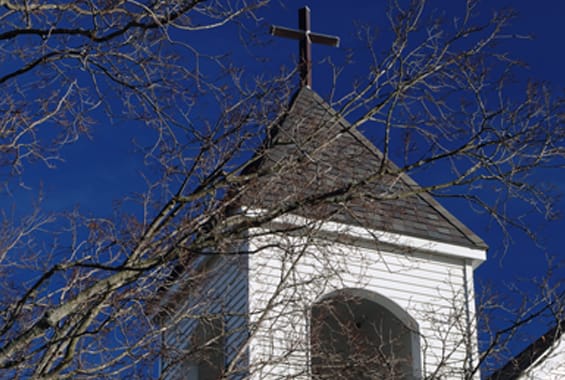 All Saints Anglican Church in Fort McMurray, Alta., is looking to “ring in” an era of growth.

Buddy, can you spare a bell? Poised to expand substantially, All Saints Anglican Church in Fort McMurray, Alta., is seeking a new bell to call increasing numbers of the faithful to worship.

The current bell in the church’s tiny tower dates from the original Anglican church. “It would have been fine for the original small settlement on the Athabasca River front, but the church is now located in Fort McMurray’s burgeoning city centre,” says All Saints rector, the Rev. Stuart Mennigke.

The parish, one of two Anglican parishes in the Fort McMurray area, has between 90 and 100 regular worshippers and is on the cusp of growth. “It’s in transition to becoming a larger congregation. All the signs of this transition phase are visible, and the parish is preparing for expansion in different ways,” says Mennigke. “We have begun negotiations with the city about enlarging the church to meet the needs of a building and congregation that seeks to become something of a spiritual focus for the downtown area.”

Ringing in the new era will be a larger bell, whose specific size is not important, as an interim freestanding belfry will be constructed to accommodate the instrument as part of the building’s expansion. “We would seek to maintain the present style as it is an historic building — and the oldest church building in the city,” he says.

Why not a modern electronic bell? “The parish would not want to go this route–as it is the more traditional of the two Anglican parishes here, both in worship style and architecture,” says Mennigke. “And we find that when people in the immediate vicinity hear a faint bell sound on Sundays, they come looking for the church.”

The church’s expansion will mirror that of the downtown core. “The surrounding area will be increased to house thousands more people in the city centre,” says Mennigke. He can be reached at: [email protected] or 780 743 3171.