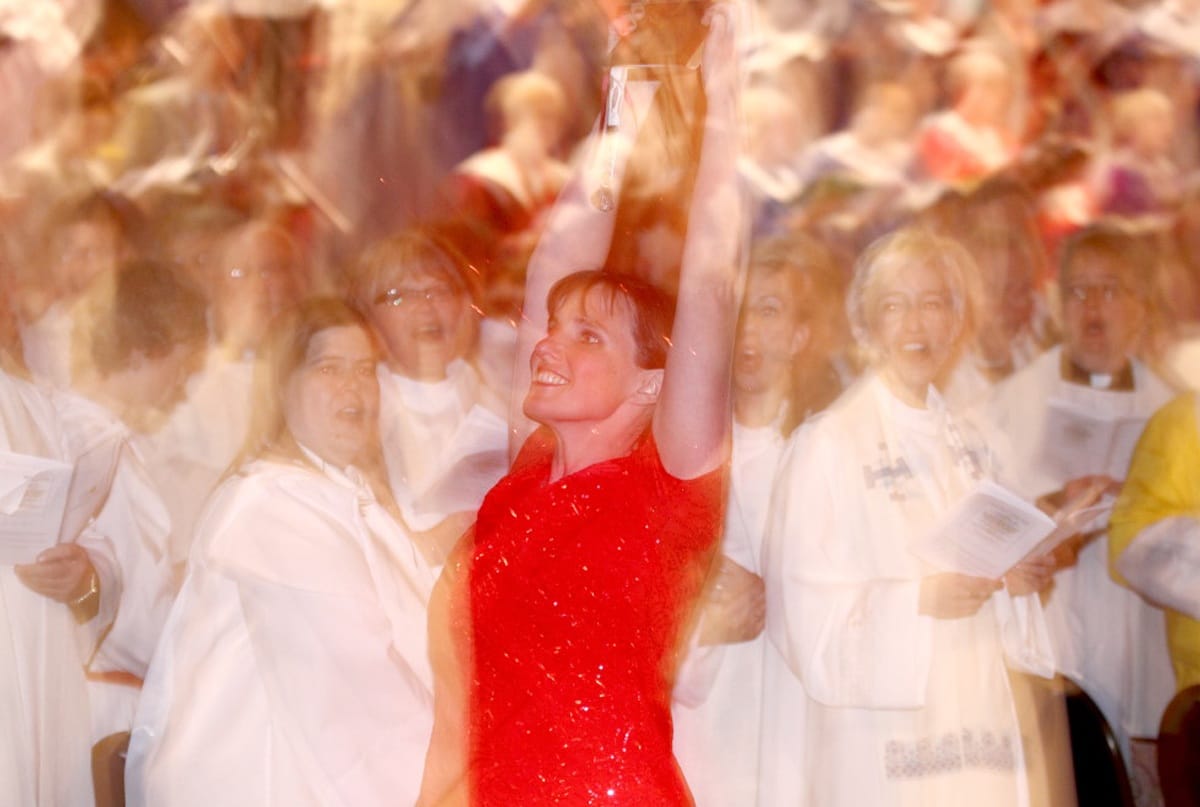 The diocese of Nova Scotia and Prince Edward Island marked the 300th anniversary of continuous Anglican presence and worship Sunday afternoon, June 6, with a large celebration that welcomed about 300 members of the General Synod of the Anglican Church of Canada as special guests.

The three-hour spectacle featured a choir of 200 voices drawn from diocesan parishes, an orchestra, an historic pageant and liturgical dancers. It took place in a large building that often is the venue for trade shows and similar events.

“It is a beautiful, beautiful sight to see our Church gathered this day in celebration—to see this Church alive, well, committed to the Gospel, rejoicing a vision for God’s world,” declared Archbishop Fred Hiltz. The crowd of about 3,000, drawn from the entire diocese, burst into applause. The Primate gave the sermon and Bishop Sue Moxley of the diocese of Nova Scotia and Prince Edward Island presided.

Archbishop Hiltz, who headed the diocese until his election as Primate in 2007, praised the labour of the diocese’s founders and the generosity of its benefactors.

“They built churches of all kinds throughout Nova Scotia and Prince Edward Island. They built them at the heads of inlets and bays and harbours, they built them on hilltops overlooking rolling farmlands, they built them in the midst of villages and towns.” Quoting the motto of the 300th anniversary celebration, he added: “All that is past is a journey just begun.”

The anniversary dates to Oct. 10, 1710, when an Anglican service of thanksgiving took place after French forces turned over the fort at Port Royal, on the Bay of Fundy side of Nova Scotia, to a British and colonial force of 3,600 following a short siege.

The Rev. Jim Purchase, who co-chairs the organizing committee with the Rev. Glen Kent, said that although 1710 marks a diocesan anniversary, it is also a Canadian anniversary because the worship service being celebrated was also the first of its kind in the country.

“The first Eucharist was much earlier than that,” said Purchase. “It goes way back into 1570-something when [Sir Martin] Frobisher had a Eucharist … but you see they didn’t stay. They were just explorers coming and going, but this one was continuous,” he said.

The diocese decided to move its celebration ahead to include the members of General Synod. St. Luke’s Anglican Church in Annapolis Royal will host a celebration on the October anniversary date.

Six dramatic vignettes highlighted historical events from the past 300 years: the first service in 1710; the first Bishop, Charles Inglis, in1785; establishment of a cathedral in PEI in 1869; the work of a traveling missionary, Simon Gibbons, 1852 to 1896; the establishment of the Primate’s World Relief and Development fund following the Springhill, NS, mine disaster in 1959; and the ordination of women to the deaconate and priesthood in 1969 and 1976.

The Rev. Katherine Bourbonniere, one of the 18 liturgical dancers, explained that at times the group moved together, and at times they moved alone “to show how the Holy Spirit is never the same in the same place at the same time.” The dance took a year to choreograph and rehearse and was supported by a grant from the Anglican Foundation.

With files from Leigh Ann Williams