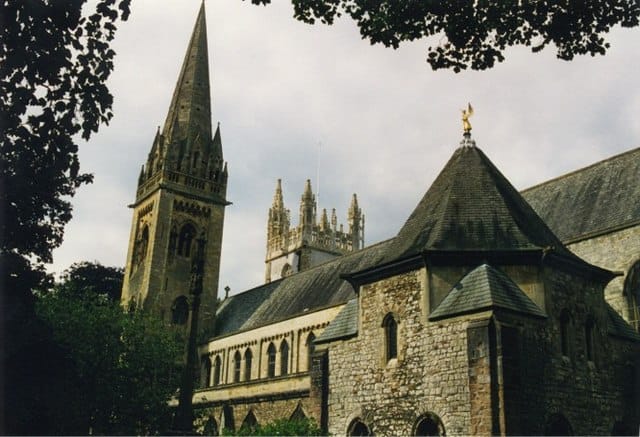 The Church in Wales has aligned itself with the Church of England and the Catholic Church in England and Wales against redefining marriage. Photo:Tom Pennington

In its submission to the U.K government’s Consultation on Equal Civil Marriage, which closes on June 14, the Church of England has stated that it cannot support the government’s proposal to enable "all couples, regardless of their gender, to have a civil marriage ceremony."

It adds that the consultation paper wrongly implies that there are two categories of marriage-civil and religious-“which is to mistake the wedding ceremony for the institution of marriage.”

Changing the state’s understanding of marriage, the Church of England argues, will change the way marriage is defined for everybody and, despite government assurances to the contrary, will change the nature of marriages solemnized in churches and other places of worship.

The official submission, sent to Theresa May, home secretary, under a short covering letter from the Archbishops of Canterbury and York, contends that several major elements of the government’s proposals are poorly thought out and legally unsound. The concern is that courts eventually would be able to force priests to perform same-sex marriages. “Ministerial assurances that the freedom of the churches and other religious organizations would be safeguarded are, though genuine, of limited value given that once the law was changed, the key decisions would be for the domestic and European courts.”

The submission goes on to point out that changing the parameters of marriage would “alter the intrinsic nature of marriage as the union of a man and a woman, as enshrined in human institutions throughout history. Marriage benefits society in many ways, not only by promoting mutuality and fidelity, but also by acknowledging an underlying biological complementarity, which includes, for many, the possibility of procreation. The law should not seek to define away the underlying, objective, distinctiveness of men and women.”

The Church in Wales articulated a position almost identical to the Church of England’s. And the Catholic Bishops’ Conference of England and Wales expressed similar views. In a letter to Secretary May, Archbishop Peter Smith said, “In the interest of upholding the uniqueness of marriage as a civil institution for the common good of society, we strongly urge the government not to proceed with legislative proposals which will enable all couples, regardless of their gender to have a civil marriage ceremony.'”

The archbishop’s letter accused the government of rushing to judgment without due debate and being principally concerned with eliciting views on how legislative change can best be achieved and not whether such change was desirable. “It is of serious concern to us that this proposal, which has such immense social importance for the stability of our society and which has significant implications for the unique institution of marriage and of family life, should be proposed on this basis and with such limited argument. These are issues of great magnitude with far-reaching consequences for how our society sees itself well into the future.”