Traditionalist Anglicans to convene in Victoria 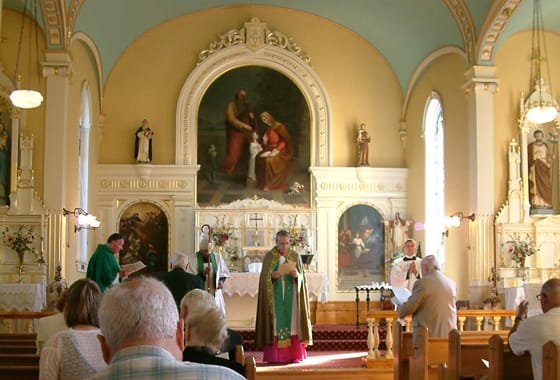 Traditional Anglican Church leaders from around the world will meet June 1 to 4 in Victoria, B.C., at St. Ann’s Chapel to “renew the spirit of St. Louis” and encourage a united orthodoxy through the celebration of the traditional Anglican heritage.

The spirit of St. Louis refers not to Charles Lindbergh’s transatlantic plane but to a 1977 Missouri congress attended by nearly 2,000 traditionalist Anglicans. They produced a document called “the Affirmation of St. Louis,” which spelled out the doctrines of orthodox Anglicanism, dating back to the Thirty-Nine Articles of Religion that defined the doctrinal position of the Church of England in the 16th century. “Many of the breakaway traditional Anglican churches attending subscribed to that,” says Allan Singleton Wood, chair of the 2011 Victoria conference.

“There has been a lot of fragmentation among breakaway traditional churches and a lot of different rules and canons, and this conference is an attempt to get orthodox Anglicans to speak together with one voice and be in communion,” Singleton-Wood says.

Orthodox Anglicans oppose the mainstream church’s theological liberalism, revisions to the Book of Common Prayer and ordination of women priests.
The 2011 congress in Victoria, B.C. will be hosted by St. Mark’s Traditional Anglican Church, whose current home is a former Orange Hall with 50 congregants. Part of the impetus for the meeting was Pope Benedict XVI’s 2009 offer to create a new ordinariate within the Roman church, the so-called Anglicanorum Coetibus (“for the Anglican groups”). This provision would allow Anglicans full communion with the Catholic church, while preserving elements of their distinct Anglican heritage-including, in some cases, married priests.

Not all Anglo-Catholics favour “going to Rome,” says Singleton-Wood, and fissures have occurred in North American branches of the Traditional Anglican Communion, including the Anglo-Catholic Cathedral Church of St. John the Evangelist, Singleton-Wood’s former parish.

“But another impetus for the congress,” he says “is the fact that the Anglican church has closed seven churches in Victoria alone in the past few months, and a number of worshippers have been left with no spiritual homes.”