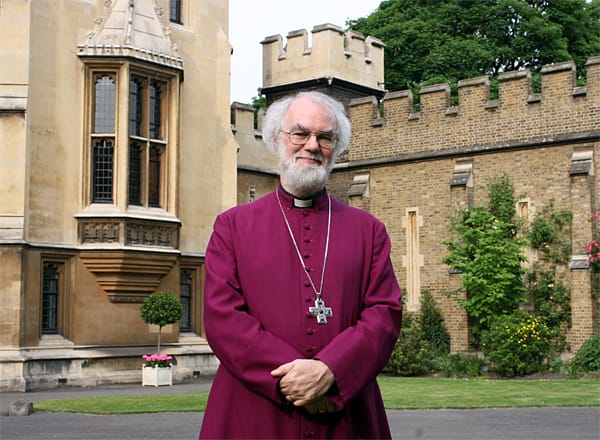 There might be some tough questions to discuss on Nov. 3, but Archbishop Fred Hiltz, primate of the Anglican Church of Canada, plans to keep up his habit of having an annual meeting with the Archbishop of Canterbury.

This year’s meeting will focus on developments at the Anglican Church of Canada’s General Synod 2010 in Halifax in June, and follow up on a letter he sent to Archbishop Rowan Williams about the pastoral statement on sexuality developed at General Synod. “…any time General Synod or its Council or the House of Bishops has a significant statement, I communicate that to the Archbishop of Canterbury ,” he explains. Often, he copies the other 37 primates as well.

The response from the Archbishop of Canterbury indicated that the statement “sounds like an honest reflection of the mind of the Canadian church on these issues,” said Hiltz.

So far, the Canadian church has been able to tell the Communion office what it wants to hear. When Canon Kenneth Kearon, the general secretary of the Anglican Communion, asked provinces if decisions had been made or policies established that run contrary to the moratoria described in the Windsor Report. The report set out moratoria against same-sex blessings, the ordination of bishops in gay or lesbian relationships or cross-border intervention. The answer from the Anglican Church of Canada was ‘no.’

Still, several dioceses in Canada have decided to allow same-sex blessings on a limited or experimental basis. While attending General Synod 2010, Canon Kearon released a memo asking what responsibility a province has for the actions of a bishop or diocese. He also asked whether a provincial House of Bishops that maintains a bishop engaged in cross-border interventions is breaching the Windsor Report moratoria.

When asked if these questions would be discussed in his meeting with the Archbishop of Canterbury in November, Archbishop Hiltz said, “No doubt.” But he added that questions might “be asked in the context of the pastoral statement that General Synod produced, which says all kinds of things about taking into account the perspective of others in significant decisions the diocese is making, being sensitive to one another, being able to live together with difference, [and] not moving aggressively but gracefully and patiently.”

Could there be interest in this approach to divisions and differences as a model that could be used elsewhere in the Communion? “That’s what we hope,” Archbishop Hiltz said.