Home » Reverend to burn rubber across the Rock

Reverend to burn rubber across the Rock 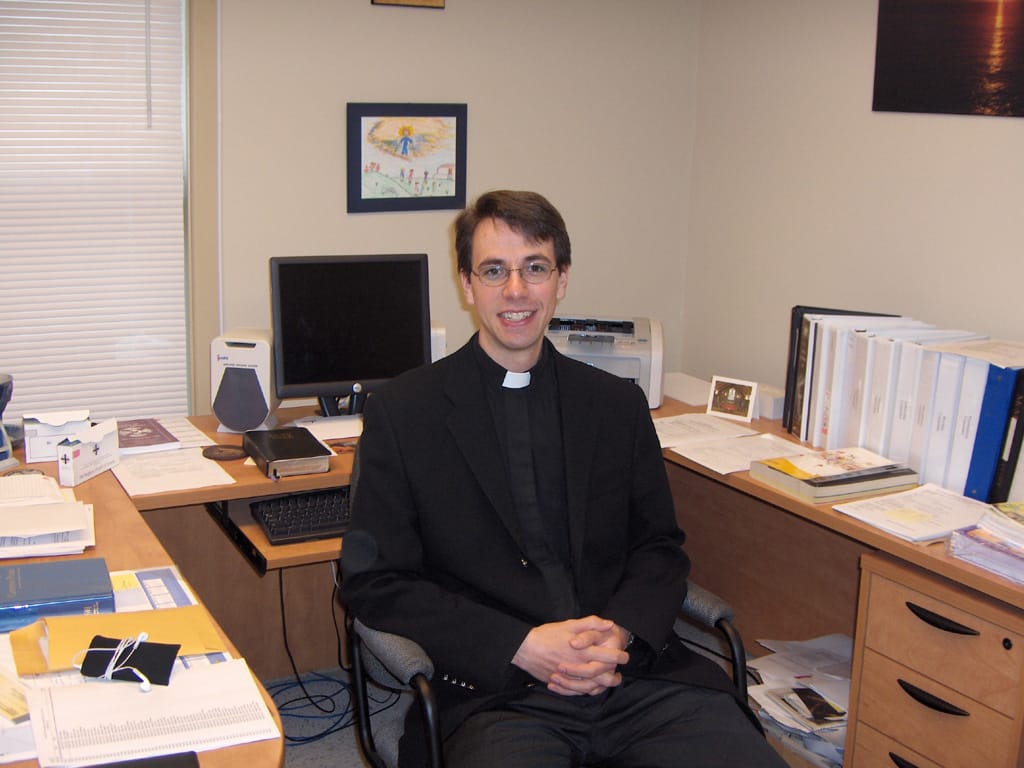 This September, the Rev. David Burrows will be revving up the engine of a sporty white 2013 Toyota Scion FR-S and logging 2,200 kilometres through eastern and central Newfoundland and Labrador in a 46-leg time trial race.

This may not sound much like living the Marks of Mission but, but says the rector of the parish of the Ascension in Mount Pearl, his Racing With the Reverend campaign actually touches on more than one of the five marks, including loving service and the transformation of unjust societal structures.

"We are hoping to raise $40,000 for autism, but also to raise public awareness of autism in Newfoundland and Labrador," he told the Journal. An estimated 2,000 families in the province are affected by this disorder.

For some time, a strong component of the parish’s ministry has been to reach out to the wider community and to provide seed money and awareness support for organizations in start-up. In 2009, the parish hosted Dancing With the Priests, a dinner for 1,000 at a convention centre with an entertainment segment featuring priests and professional ballroom dancers taking to the floor in everything from the waltz to the tango. It raised $35,000, matched by the J.W. McConnell Family Foundation, for a new group called Vibrant Communities St. John’s. The national initiative is aimed at reducing poverty for individuals and families across Canada.

Ascension’s current outreach project was actually inspired very close to home. Two young confirmands, brothers ages 13 and 16, have autism: one severely; and the other moderately. "We have fully integrated the boys into worship and parish life and ministry," says Burrows, "But it’s been on our mind for a long time that when their parents die, life may be very difficult for them, and there’s the potential for institutionalization."

As a way of living out their faith, Ascension parishioners decided to promote awareness of autism and raise money to provide for those affected in their post-secondary school years. "After high-school graduation, a lot of people with these challenges get lost in the system," Burrows says. Resources for them are unjustly scarce.

Burrows connected with the Autism Society of Newfoundland and Labrador, a charity he knew had links to the Newfoundland division of Targa, an international rally and grand-touring event held each September. Ambitiously, the parish decided to enter a vehicle in the race and raise funds for autism through individual and business sponsorships. "Our goal was to be able to provide seed money to develop a site in a community outside St. John’s to assist people with autism," he says.

Next came the long process of negotiation with the diocese. "This isn’t something a parish does every day, and there were lots of legal, liability and safety issues," he says. Begun last October, the process only just ended last month with diocesan approval.

The decal-covered Scion, and a companion vehicle, will be at Ascension’s disposal for three months. Burrows will alternate driving and navigating with another parish member, and a travelling photographer will document the ride as the reverend burns rubber across the Rock. The parish officially launched its Racing With the Reverend campaign on May 17.

The rally group will stop at parishes all across the region, speaking on autism at the parish and broader community levels and also about living faith through loving service. "We are a faith community and in living our faith we want to get people with autism from a place of struggle to a place of hope," Burrows says. "We will partner with car companies, oil companies, other companies, to give autistic people from all walks of life an opportunity for a more sustaining future."