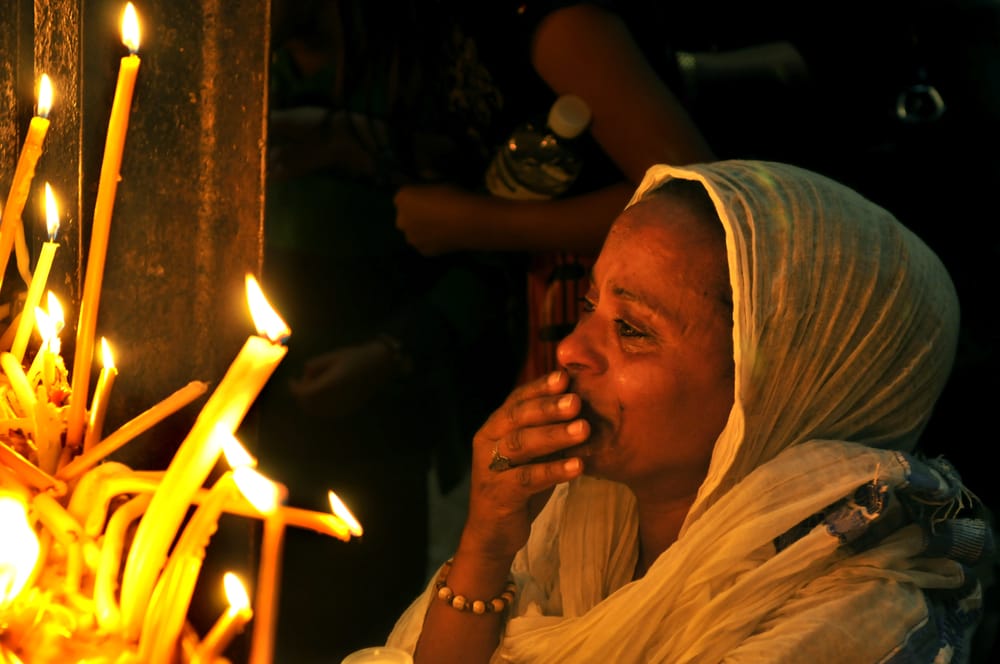 Knowing God “comes not by scientific study but through personal relationship. It is subjective rather than objective.” Photo: Boris Diakovsky

So what happened? Why had this caring, highly successful attorney become an atheist?

“Well,” she said, “I knew a lot about God, but I really never knew God. I knew the language and the ritual, but I never experienced the reality. I could recite the Apostles’ Creed from memory, but I didn’t have the foggiest notion how God made a difference in my life. Then one day as I was saying the Lord’s Prayer, I came to the conclusion no one was listening because no one was there. I just stopped believing in God.”

Sound familiar? Maybe you know people like my friend, people who grew up in the church but no longer believe in God, or if they do believe in God, it doesn’t seem to matter very much.

So often we in the church are accused of teaching "churchianity" instead of Christianity-teaching our children all sorts of doctrines and church practices without teaching them to know and love Jesus. But Christianity is nothing more-and nothing less-than a constant connection to Jesus: experiencing Jesus, committing your life to Jesus, following Jesus, being in relationship with Jesus. If Jesus isn’t at the centre of our life, everything else falls apart.

"And this is eternal life,” John 17:3 says, “that they may know you, the only true God, and Jesus Christ whom you have sent.”

To “know” God in this biblical sense is not primarily an act of the intellect; it is an act of the heart. It comes not by scientific study but through personal relationship. It is subjective rather than objective. It is to know God from the depths of our being rather than off the top of our head. Cardinal John Henry Newman put it succinctly in his motto: Cor ad cor loquitur-“Heart speaks to heart.”

So much of Christian education used to be a matter of memorizing the catechism, the creeds and the Prayer Book-as if knowing God could be attained by rote. The more we memorized, the more it was presumed we knew God.

The problem with this approach is that right answers about God are no substitute for a right relationship with God. “God so loved the world"…not to inform our minds but to transform our lives.

A story about a professor of religious studies at a prominent secular university helps illustrate this truth. One evening at a social gathering with students, the conversation turned to Christianity. The professor spoke with authority. He knew the New Testament. He quoted St. Augustine and St. Thomas Aquinas. He was familiar with the medieval arguments for the existence of God. One student happened to ask the professor which church he attended. “Oh,” said the professor, “I don’t attend church. In fact, I don’t even believe in God.”

“But how can you not believe in God?” asked the astonished student. “You know the Bible and Christianity so well.”

“There’s a difference between knowing a subject and believing in it,” the professor replied.

He was right. It takes more than head knowledge to be a Christian; it takes heart knowledge.

I will never forget a conversation I had with Brother Robert when I was a young priest in upstate New York. Brother Robert was a Trappist monk at the Abbey of the Genesee. While “monking” around (doing what monks do, which in his case was baking bread), he meditated on the psalms.

On this particular day, I could see by an open Bible on his desk that he was reading Psalm 19. That has always been one of my favourite psalms. I had studied the psalms under the great Canadian Jesuit scholar R.A.F. MacKenzie, so I thought I would enlighten Brother Robert with what I knew about Psalm 19. As I talked, he seemed overwhelmed. So I asked him what he thought the psalm meant.

As he spoke, I felt as if the heavens were opening and God’s voice was speaking through this simple monk. After he finished, I asked him how he knew so much. He said, “I asked God what it means.” Brother Robert knew God personally, and it showed by how he read and prayed the Bible.

Knowing God personally is something akin to knowing your spouse in marriage. You meet, get to know each other, become friends, fall in love, get engaged and eventually marry. On your wedding day, you’re sure you know all there is to know about each other, but actually you’ve just touched the surface. Over time, your relationship deepens and your knowledge of each other grows. You come to know the person in ways you never imagined when you first met.

It takes only a moment in baptism to become a Christian, but it takes a lifetime to grow as a Christian. It takes frequent reception of Holy Communion, the support of a loving church and the fellowship of Christian friends. It takes regular Bible reading and service to others. It takes the practice of good stewardship. Above all, it takes prayer, because we can’t know God personally unless we are willing to spend time with God. Relationship takes discipline.

Would it surprise you to know that every Christian can experience eternal life in the here and now? That we don’t need to be mystics to know God personally? Right now we can experience God’s presence in all the joys and pains of being human. I love the way one of the creeds in the Church of Scotland puts it: “In life, in death, in life beyond death, God is with us. We are not alone. Thanks be to God.”

The Rev. Dr. John Killinger tells a story about a woman who went to her priest and said she thought her father was dying. Would the priest come by to see him? He promised he would when he was in the neighbourhood. “I sometimes run out to the store,” said the woman. “I’ll leave the door open. If there’s no answer when you knock, just go in. You’ll find my dad’s room in the back.”

One day the priest stopped by. There was no answer to his knock, so he went on through to the father’s room. When he got there, he found a chair pulled up close beside the bed. “Ah, you must have been expecting me,” said the priest.

"No," said the man, the chair hadn’t been placed there for the priest. “I’ll tell you, Father,” he said, “I’d been having trouble praying. But a friend said if I would put a chair there for Jesus, and pretend he was sitting there, I could talk to him naturally. So I tried it, and it really works.”

A few days later the woman came to the priest and told him her father had passed away. The priest expressed his sympathy and asked if her father had died easily. “Oh, I think so,” she said. “A little while before, he had called me in to show me something in the funny papers and we both had a laugh over it. Then I went out to the store to get some milk, and when I came back he was dead.”

“There was just one odd thing,” said the woman.

Dear people, Jesus is with us, now and at the hour of our death, and always. This day, this moment, think of Jesus. Know that he is near. Close your eyes, and with all the faith you have, even if it is very little, tell Jesus you believe.