Home » Punishment without the requisite crime

Punishment without the requisite crime 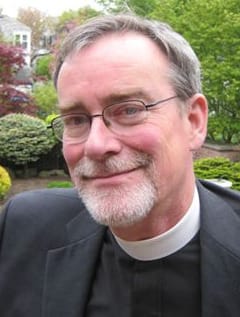 Michael Thompson is the Rector of St. Jude’s Church, Oakville, in the diocese of Niagara. (Contributed)

Their opening gambit is to accuse our church of a “willingness to walk apart from the universal church.” Never mind the long list of Canadian Anglicans who have served and are now serving the life of the Communion. The Anglican Indigenous Network (Donna Bomberry), The Compass Rose Society (Bishop Philip Poole), Theological Education for the Anglican Communion (Archbishop Colin Johnson), the Anglican Covenant Working Group (Dr. Eileen Scully) and Unity, Faith and Order (Alyson Barnett-Cowan) don’t count. And never mind those bishops who have abandoned almost 2,000 years of Catholic ecclesiology to interfere with the integrity of the local church in this and other provinces because they and they alone know how to receive and interpret God’s word revealed in scripture.

In 2004, General Synod heard both the Chaplain to the Archbishop of Canterbury, Gregory Cameron, and the Bishop of Colombo, Duleep de Chickera. While Canon Cameron counseled caution, Bishop Duleep reminded us that not all voices in the wider Communion spoke as one and encouraged Canadian Anglicans to cherish our contributions to Anglican diversity. In 2007, the General Synod heard both Archbishop of York, John Sentamu and General Secretary of the Anglican Communion, Kenneth Kearon. Last year, Canon Isaac Kawuki-Mukasa of the Faith, Worship and Ministry Department of General Synod established personal contact among bishops and theologians in Canada and Africa, including a February gathering of Canadian and African bishops to build respect and mutual understanding. This is not a church as unable to embrace “a primary commitment to the universal and apostolic church” or as inimical to “the wider voice of the church.”

Next, the writers imply that the current conflict pits those who love and faithfully receive scripture against those who despise it, who find its teaching “oppressive and outdated.” But we know that those who support the blessing of committed monogamous same-sex relationships include many who know and love the Bible as living witness to the living God. And we know that as we receive and interpret scripture, the truth that emerges is often contested truth-as for example, we come to divergent conclusions about the response that the God revealed in scripture invites to a question of sexual ethics and Kingdom ethos in the 21st century. Conflict and contested truth are not unfamiliar to Jesus’ disciples, and need not tear apart the foundational covenant of our common baptism into one body. We could renew a healthier and more faithful discourse by acknowledging contested truth and engaging in honest and charitable conversation about the practices, values and contextual realities that shape our reception and interpretation of scripture.

In the communique issued from their 2000 meeting in Portugal, the Primates of the Anglican Communion said this:

They went on to draw a bright line distinction as the only basis for a province or diocese being excluded from the Communion:

…the unity of the Communion as a whole still rests on the Lambeth Quadrilateral: the Holy Scriptures as the rule and standard of faith; the creeds of the undivided Church; the two Sacraments ordained by Christ himself and the historic episcopate. Only a formal and public repudiation of this would place a diocese or Province outside the Anglican Communion.

The Anglican Church of Canada has not turned away, either from those provinces whose leadership is visibly, even angrily, distressed by the divergence apparent in the current conflict, or from the Lambeth Quadrilateral. And we have not turned away from those among us whose lives of commitment we experience as vessels of God’s blessing.

Ms. Sider-Hamilton and Mr. Mercer argue that if we won’t turn away from those among us whose lives of intimate fidelity are shared with a person of the same sex, we must turn away from covenant revelation with those with whom we disagree on this singular issue. But in the Anglican Church of Canada, we turn away, not from covenant relationship, but from the sin that binds and blinds us, from the structures that impair justice and right relationship, and from the Adversary who resists the inbreaking kingdom of God. And as we turn to Jesus, we find him standing in the midst of the very community one part of which Mr. Mercer and Ms Sider-Hamilton insist we must abandon. There Jesus stands, in a community of divergent truths, worried suspicion, and fear, and begs us not to turn away from any of his sisters and brothers, but to accept the unity he offers up out of his own breath and blood.

Michael Thompson is the Rector of St. Jude’s Church, Oakville, in the diocese of Niagara.