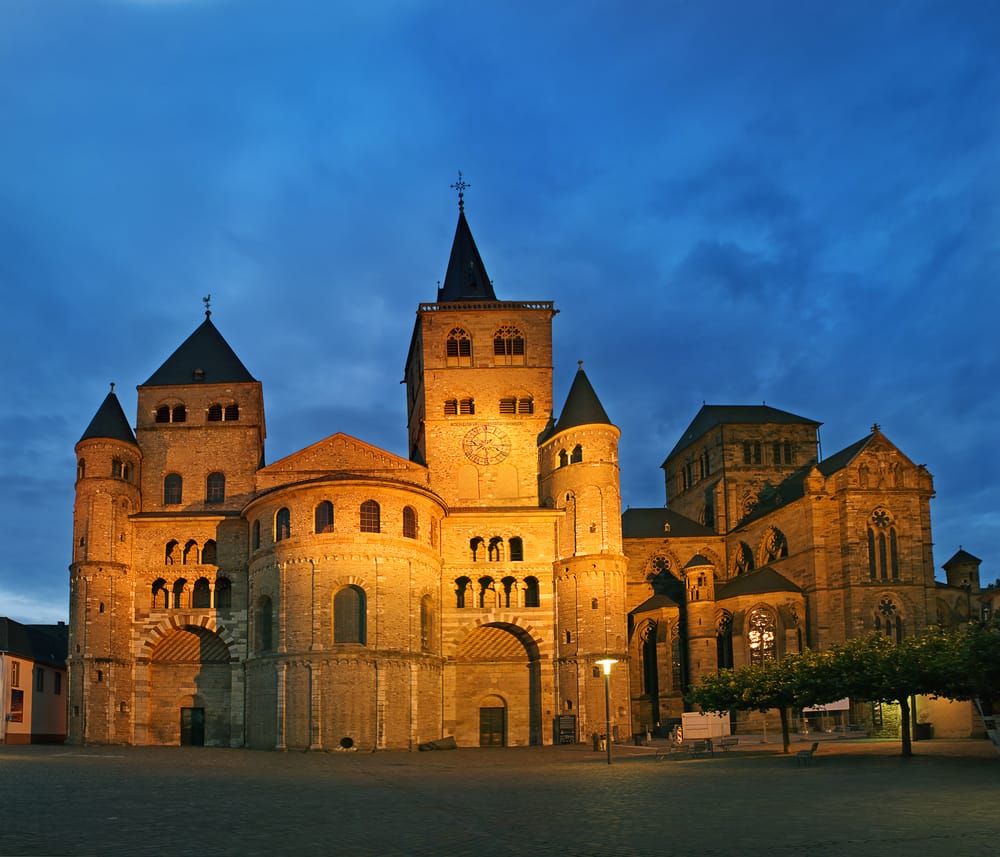 The Trier Cathedral is home to a relic said to be a seamless garment worn by Jesus Christ shortly before his crucifixion view. Photo: Pecold

Thousands of pilgrims arrived on April 13 in the German city of Trier to celebrate 500 years of the Pilgrimage of the Holy Robe, which centers on a sacred relic. Once the cause of conflict between Christians, the pilgrimage now is seen as an opportunity to promote unity.

“In the modern world, religions have to work together,” said Bernhard Fresacher, a theologian working with the Catholic diocese of Trier. “In 2012, we are opening the ecumenical horizon to include many churches because we believe that the existence of Christianity today is only possible with an ecumenical spirit.”

The Holy Robe, said to have been the seamless garment worn by Jesus Christ shortly before his crucifixion, is usually kept out of public view in a reliquary at Trier Cathedral, Germany’s oldest. However, for the next 31 days it will be on public display, accompanied by a program of exhibitions, concerts, films, seminars and children’s events expected to draw 500,000 people.

Protestants will not take part in Catholic practices such as the veneration of the robe, but are collaborating with the diocese of Trier on a series of lectures addressing the need for interfaith dialogue in a globalized world, the dual importance of tradition and change, and the paradox of separation between Christian churches.

“Ecumenical Day” will be held on May 5, with Christians of different denominations worshipping together, starting at the Catholic Trier Cathedral and culminating after a procession through the city at the Protestant Basilica of Constantine.

“We are happy that the Protestant Church of Rhineland, as well as Orthodox Christians and members of the Churches of the Reformation are taking part, just as we welcome visitors who are curious, doubters and those looking for a new path to Jesus Christ,” said Judith Rupp, spokesperson of the Pilgrimage of the Holy Robe, in an interview.

The earliest recorded history of the Holy Robe has it at Trier Cathedral in 1196 and it is said to have been brought there from the Jerusalem by the Helena, mother of Emperor Constantine, in the 4th century. It has never been scientifically dated, and many believe it only dates from medieval times.

The pilgrimage dates its founding to 1512, when Holy Roman Emperor Maximilian I demanded a personal viewing of the Holy Robe. This led to demands from lay citizens to see the relic and pilgrimages to the robe began.

“The occasion of the first pilgrimage in 1512 was a time when the citizens of Trier challenged the hierarchy of the church,” Fresacher said in an interview.

The pilgrimage caused controversy in 1844, when it was used as an opportunity for Catholics to assert their identity against Protestant rule. It also sparked conflict within the Catholic Church. Claims that the robe had healing properties angered elements of the faithful, who broke away from the Roman Catholic Church, calling themselves the New Catholics (later the German Catholics).

In 1959, the diocese of Trier began to bring an ecumenical dimension to the pilgrimage, adopting the motto: “And join together what is separated.” When the last Pilgrimage of the Holy Robe took place in 1996, the Protestant Church of Rhineland was invited to join in for the first time.

“They turned it around 180 degrees to exactly the opposite of what they did 150 years before,” said Pastor Barbara Rudolph, head of ecumenical affairs for the Protestant Church in Rhineland. “Since then there has been a strong connection [between the Catholic and Protestant Churches] and common ecumenical work in this region.”

Rudolph said in an interview that Martin Luther, who began the Reformation just five years after the first Trier pilgrimage, criticized it for drawing people away from their homes and families on a costly journey. But things have changed.

“Luther said you don’t have to go to relics or special places, God comes to you … He was angry that people made money [from relics]. When we got the invitation from the Catholic Church we tested all the arguments against pilgrimages from the time of the Reformation and we saw that some of what angered Luther is no longer happening.”