Home » Monastics can teach worldly a thing or two

Monastics can teach worldly a thing or two 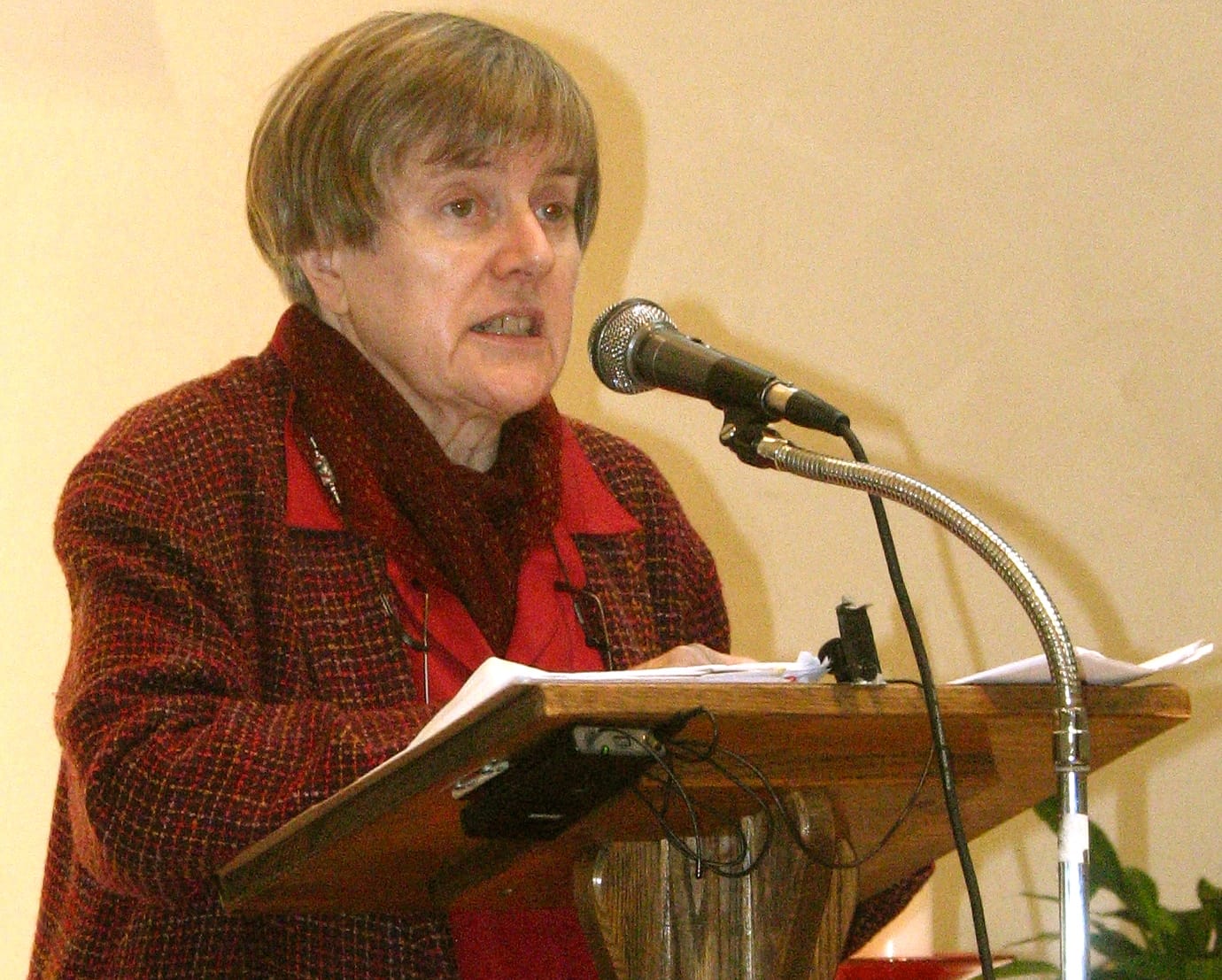 Far from being a retreat from reality, the monastic life is firmly grounded in the real world of human relationships, according to U.S. poet and Christian writer Kathleen Norris.

Speaking at a recent Women’s Roundtable at St. John’s Convent in Toronto, the Honolulu-based author said that monastic life has much to teach churches and business organizations outside the monastery. “Monastic life values a balance between stability and change,” she said. “There is stability and a certain way of doing things but if communities become too rigid and too resistant to change, their lives and communities will stagnate and become unhealthy and they will not be able to offer hospitality to their own members, let alone guests who come seeking retreat.”

Raised in mainstream Methodist and Congregationalist churches, Norris drifted away from religion but encountered monasticism by chance in the early 1980s while attending a series of talks at an abbey in northwest Dakota. So impressed was she by the beautiful liturgy, daily prayer and all-accepting hospitality of the monks that she became an oblate after a two-year customized study program.

For her, the gradual program revealed an essential point about monasticism. “As disciplined as it is, it is also an experiment, a testing of human nature in a flexible way.”

Another of the gifts from the monks of the abbey and from the sisters of a Benedictine Convent two miles away was unstinting hospitality. “I experienced that wonderful hospitality before I ever read St. Benedict’s rule to welcome all guests as if they were Christ,” she said, adding that such open acceptance is especially welcome in a world dominated by an us-versus-them mentality.

In medieval times, Norris reminded the roundtable audience, monasteries were often a traveller’s only safe havens from the hazards of the road, and she found it remarkable that she, a busy married Protestant woman in the secular world, found such a safe house for exploring her spirituality in a sequestered community of celibate Roman Catholic men. “Today often the only hospitality we encounter is the commercial variety, which is a pale imitation of the real thing.”

One of the greatest gifts the monastic community gave her was the capacity to reconnect with her faith while allowing her to incorporate her vocation as a writer. “I was educated to separate these and to see religion as something I needed to outgrow. And it may sound odd that people who go to church up to seven times a day liberated me from taking myself and my religious quest too seriously.”

Since monastics live their faith on a daily basis and in an overt way, “they can afford to wear it lightly. They are not pious or holier than thou or pretentious; they are living faith in a realistic way.”

Another lesson to be learned from monastics is their deliberate selectivity in accepting or rejecting new tools. Will these tools foster their faith or hamper it? Technology is useful but it can bombard us daily with an overload of information. “Left unchecked it can distract us and diminish our capacity to pay attention to what matters in this world,” she said.

And far from being escapist, the monastic life draws disparate people deeply into the real and challenging world of human relationships in a stable lifelong commitment. “It is completely grounded in the world of human community,” she said. One Benedictine sister described it as like living in a rock tumbler. “It’s fine if you believe you will come out polished.” According to another sister, “just living in peace with other people is all the asceticism most of us will ever need.”

Monastic life also offers a deep daily connection with rituals that have been practised for centuries. Our utilitarian culture may dismiss prayer as useless but “monastic people witness a different truth: prayer is powerful and indispensable.”

And contrary to modern prejudice, the decision to remain in one place does not necessarily spell limited provincial thinking. “While the combination of commitment to deep roots and openness to change may seem paradoxical, it’s one reason why Christian monasticism is still on the scene some 1,700 years after it began,” she said.

Another hallmark of monastic values-and one that may resonate particularly with women-is respect for the ordinary mundane tasks that sustain human life, said Norris, referring to St. Benedict’s rule for the weekly blessing of kitchen staff and even kitchen utensils along with sacramental objects such as the chalice.

Life in a religious community also asks people to take another look at the burden of narcissism and self-centredness that marks contemporary secular life. “The concept of a common life seems increasingly radical,” she said.

Monastic society functions very much like a family, Norris noted, and there is particular validation for women in the perspective that community matters, building relationships over a lifetime matters and aging and death are natural parts of human life.

CLAY to meet in person in Waterloo August 2023