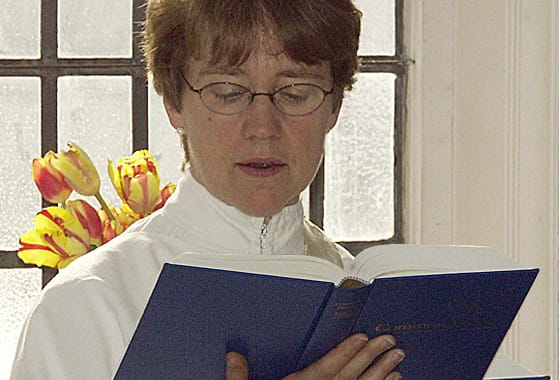 In early August, Maylanne Maybee, an Anglican deacon for 30 years, will assume the role of principal of the Winnipeg-based Centre for Christian Studies.

Replacing acting principal Charlotte Caron, Maybee brings to the position a lifelong passion for social justice and deep experience in servant ministry. The centre, which relocated from Toronto in 1998, is a theological school providing education in community-based ministries of pastoral care and social transformation.

“The Centre for Christian Studies is an exceptional school of experiential learning for people dedicated to the Church’s ministry of service, mission and justice,” said Maybee in a press release.” I look forward to the adventurous days ahead–days of exploration, collaboration and deep learning.”

Educated at the University of Toronto and Oxford University, Maybee’s recent studies have focused on racial justice and reconciliation, just and responsible tourism in Israel and the Palestinian Territories, transformational leadership and conflict mediation.

She has worked to promote the renewal of the diaconate as a distinct order and ministry within the Anglican church and has several publications to her credit, including All Who Minister: New Ways of Serving God’s People, a collection of case studies in innovative models of ministry.

Maybee spent 15 years with General Synod in Toronto, first as coordinator of mission and justice education and then as coordinator for ecojustice networks. Before that, she worked for the diocese of Toronto as coordinator for diaconal ministry and as deacon-in-charge at St. Matthias church, Parkdale. She was also founding executive director of the Canadian Non-Profit Housing Foundation and a staff coordinator with the Urban Core Support Network.

Established in Toronto in 1892 as a diaconal training school for the United and Anglican churches, the centre graduates about six students a year and has about 40 students in various training modules at any given time, according to Marc R. Desrosiers, development and community relations coordinator. “The majority of students are women, but the centre is open to both sexes,” he says. “In some cases, the centre’s feminist and justice theology puts lay people on a path to the ordained ministry.” In others, the program attracts ordained clergy seeking new skills and continuing education for their work within the mission of the church.