Home » Looking back on the BAS

Looking back on the BAS 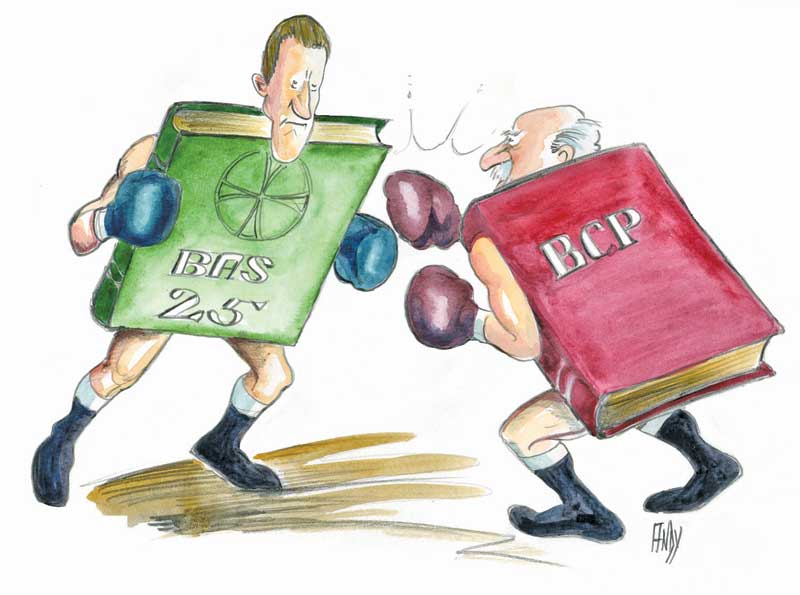 September 2010 marked the 25th anniversary of the publication of the Anglican Church of Canada’s Book of Alternative Services (BAS). Controversial when it was first introduced, the BAS still elicits passionate responses.

The Rev. Eileen Scully, interim director of the Faith, Worship and Ministry department of General Synod, says a web page dedicated to the anniversary will be posted on the worship section of the Anglican Church of Canada’s website (anglican.ca) later this month. The link will include essays from some who helped create the BAS and others who have used the book. An interactive discussion about future liturgical development is also planned.

The Rev. Paul Gibson is writing an essay about the BAS. Now a teacher at Trinity College, University of Toronto, he was, for a number of years, a liturgical officer and staff liaison with the 15-member doctrine and worship committee working on the book. The committee members changed every three years between 1971 and 1985, so quite a few people were involved.

The BAS incorporated pieces of liturgy that had been used on a trial basis. “It was an opportunity for things to be tried out in the church and then to get feedback on it,” explains Gibson.

The Rev. David Holeton, a priest and liturgical specialist, worked on the BAS from 1974 on. He admits there were moments of tension. “Emotions were unbelievably high” at times, he says.

Once the BAS was published, both Gibson and Holeton were involved in introducing it to people in the pews. Some welcomed it immediately; others, not at all. Both men were surprised to find that acceptance of the new publication had nothing to do with the age of the parishioner. “Quite frequently, the people who were most welcoming were older people,” says Gibson. On the other hand, resistance was sometimes intense. The Prayer Book Society was formed, for example, and attracted people who have maintained “a fairly steady critique of the BAS,” says Gibson. Others felt the book didn’t go far enough.

Clergy attitudes could make or break a congregation’s acceptance of the BAS, notes Holeton. When a priest declared that he didn’t like the BAS and knew his congregants wouldn’t either, “Surprise, surprise, they [didn’t] like it,” he points out. On the other hand, when a priest prepared the congregation for the BAS, it was usually well received.

One military chaplain told Holeton that they had replaced the Book of Common Prayer (BCP) with the BAS, hoping that soldiers could relate to it better. “While the Book of Common Prayer has very beautiful language, a lot of the language in the BAS is very beautiful too, and it is accessible to more people who use English as their working language [rather] than Tudor English.”

Over the years, Holeton, who has been part of the International Anglican Liturgical Consultation, says the BAS has found many admirers overseas. Many think it is “one of the best of the new Anglican books,” he says. “I think that’s something that we can be proud of.”

The BAS has been translated and borrowed by churches in the Netherlands, Germany, Switzerland and the Czech Republic, he adds.

For a reflection on the BAS, by the Rev. Peter W. Davison, go to anglicanjournal.com