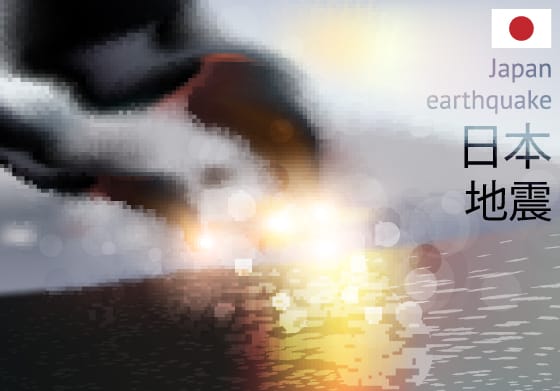 September 11 also marked the six-month anniversary of the March earthquake and tsunami in Japan. About 20,000 people are dead or missing. Photo: Ozerina Anna

Tokyo -People of faith in Japan on Sept. 11 marked the six-month anniversary of the March 11 earthquake and tsunami with prayer services, bell ringing and chants, many at 2:46 p.m., the time when the magnitude 9.0 earthquake struck.

About 20,000 people are dead or missing, with an estimate 400,000 people displaced, according to the Japanese Red Cross.

In devastated northeastern Japan, monks held a Buddhist memorial service at Kongo temple in Rikuzentakata, Iwate Prefecture. In the town of Kesennuma, Miyagi Prefecture, worshippers at Dai-ichi Bible Baptist Church stood on a wooden platform near a simple wooden cross and joined hands at the site of their former building, swept away in the disaster.

At the ruined disaster control center of the town of Minamisanriku, Miyagi Prefecture, survivors, including a Buddhist monk, prayed and burned incense at a temporary shrine set up inside, according to media reports.

In Tokyo, the Catholic Bishops’ Conference of Japan and the National Christian Council in Japan held a joint worship service “to keep in mind the March 11 disaster, remember the dead, and seek comfort for the survivors and the restoration of the affected areas,” according to organizers.

Priests, pastors and bishops from Roman Catholic, Anglican and Protestant churches led prayers and hymns together as approximately 180 people joined the service. It was supported by the East Japan Great Earthquake Disaster Countermeasure Office of the Japan Evangelical Alliance, a nationwide grouping of evangelical Protestant churches and groups.

Many churches throughout the country such as those in Nagasaki and Niigata held the same worship service at the same time with the same liturgy as that for the Tokyo worship service, the council reported.

“Our Lord has resurrected from the dead and shown us a light of hope in despair for the salvation of all people,” said the Rev. Isamu Koshiishi, moderator of the council, who led the service with Tokyo Archbishop Takeo Okada, conference vice president.

“Now, we keep those who lost their lives due to that great disaster in mind and lament for their deaths. And we gather here and are united in prayer for the comfort of each and every one of those who are in pain and sadness in the midst of various damages and continuous pollutions by the nuclear radiations and the recovery of their communities,” Koshiishi said.