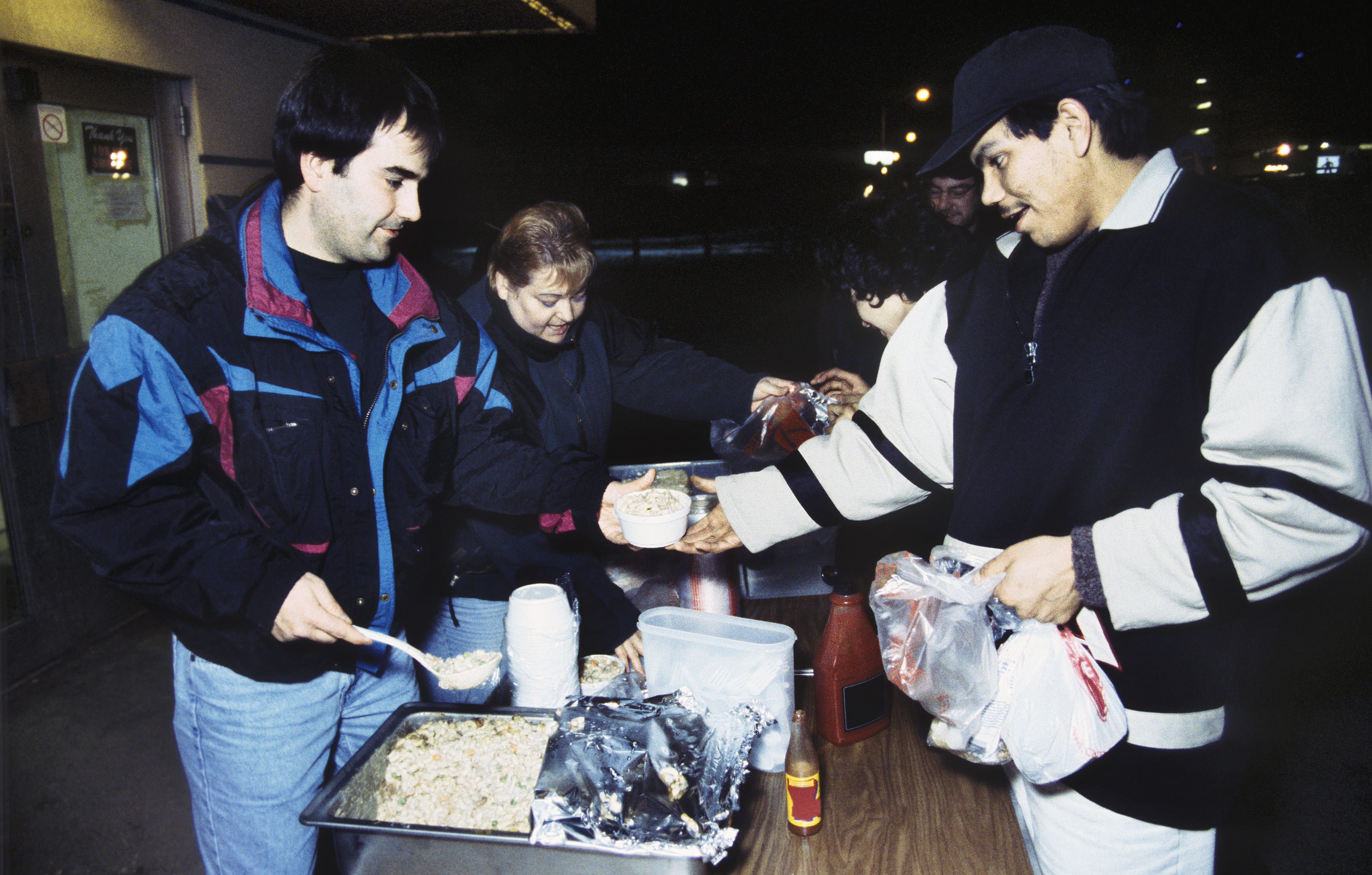 ‘God never gives us a mission without giving us the resources to carry out that mission.’Photo: Don Hammond

“It all started with a mouse.” That’s how the late Walt Disney described the beginning of the Disney Company shortly before his death. Walt was on a train from New York to Los Angeles after a series of business failures had left him broke. On the train ride back west, he began to sketch a mouse-a mouse he first named “Mortimer” but later changed to “Mickey.” That was in 1928. The rest, as we say, is history.

Walt Disney was a dreamer. He kept dreaming about new characters, new ways to entertain folks, new technologies that would bring drawings to life on the big screen. By the early 1950s he was an established icon in the entertainment industry.

One Saturday he took his two daughters on an outing, but he soon realized there weren’t many family-friendly places that were clean, safe and fun. That’s when Walt had the dream of a theme park where storybook characters would come to life. He mortgaged everything he had to build that park, and today we know it as Disneyland. From the time Disneyland opened in 1956, it was and continues to be a great success.

But Walt didn’t stop dreaming. Quietly, his company started to buy up land in central Florida to build a series of even larger theme parks, one of which was EPCOT-Experimental Prototype Community of Tomorrow. EPCOT was to be a theme park like no other: futuristic, optimistic, scientific, global and multicultural, with opportunities for learning and fun. Walt died before EPCOT was finished. Att the opening ceremony, his brother Roy said, “Some people say to me, ‘Too bad Walt could not be here to see this.’ I reply, ‘Walt did see it-he saw it before it was ever built as a dream to come true.’ “

Walt Disney had a dream so compelling, so attractive, and so powerful that it propelled him into the future, and to this day, Disneyland and Disney World attract millions of visitors each year.

Every great venture in history begins with a dream. Martin Luther King, Jr. had a dream that someday black children and white children would live together in freedom and dignity. Mother Teresa had a dream to care for the dying and the poorest of the poor in the streets of Calcutta. Dorothy Day had a dream to feed the hungry and shelter the homeless in houses of hospitality, which led to the Catholic Worker Movement. Jean Vanier had a dream to establish communities of caring and compassion for disabled persons, and that led to L’Arche. Jesus had a dream of the reign of God on earth, and today the Christian church, which continues his dream, numbers two and a half billion people around the world.

Let me tell you about my dream. It started on Monday, March 22, 2010. I was at my desk at the Synod Office in Victoria. At about 11:00 am I got a phone call from Bishop Terry Dance. He said that one of the most important parishes in Canada was now searching for an energetic, imaginative pastor to lead its more than 1,300 members. This parish, the bishop told me, was a dynamic, vital church with a history of excellent clergy and lay leadership-a church with a vibrant family life ministry, a church with superb liturgy and music that attracted both cradle Anglicans and seekers, a church that was too important in the life of the diocese to fail.

As the bishop spoke, I began to catch a dream of a church that had both roots and wings: a church grounded in Christian faith and Anglican tradition but soaring into the future; innovative, imaginative and ever open to what God is doing in the world.

St. James Westminster Anglican Church is changing the world-one life at a time. In this church we hear all voices and need all gifts. We are biblically and theologically sound, caring and nurturing, socially relevant and electronically connected. We value diversity, allow questions and speak to people at their own level of need and understanding. We are driven by an abiding commitment that the good news of Jesus is still worth sharing.

Jesus … it’s all about Jesus, isn’t it? Management guru Peter Drucker was fond of asking every company executive, “What’s your business?” That’s a good question for the church today. Just what business are we in?

I submit that our business is to transform lives in Jesus. We exist to help people encounter God, experience God, come to know, love and serve God in ways they cannot do apart from the church. Yes, we are in the God business-the Jesus business-the life transformation business. That’s our mission.

In our lesson from First Corinthians, St. Paul says, “For the message of the cross is foolishness to those who are perishing, but to us who are being saved it is the power of God.” Did you hear those words? The gospel, the good news of Jesus, is the power of God. From the Greek word power we get the English word dynamite. The gospel is literally explosive-not destructive, mind you, but explosive in the sense that there is no barrier or obstacle that can contain it. I once saw a copy of The New Testament with the abbreviation T.N.T. on its cover. Yes, the gospel is the power to transform lives and even transform the world. It is the power to bring hope to the hopeless, joy to the sorrowful, courage to the fearful, faith to the skeptic.

Look around you. The power of God is in this church. Our worship and music stir the spirit to an encounter with God. Our family life ministry helps children and youth become committed Christians. Our pastoral care program meets needs, heals hurts, and offers comfort and support in times of crisis. Our mission programs respond to the needs of our immediate neighbours and people around the world, and work in collaboration with the diocese. Our emphasis on community offers connection and conversation about what matters in our lives.

Of course, there is always more to do. We can’t rest on our laurels or the culture will sweep us away. We need to get our finances in order and fund ministry adequately. Remember: God never gives us a mission without giving us the resources to carry out that mission. So don’t limit God, because God never limits us. Everything is possible with God-everything. The key is to keep faithful, be hopeful and focus on the mission to transform lives in Jesus.

The Rev. Dudley A. Tyng, rector of the Church of the Epiphany in Philadelphia, Pennsylvania, was one of the most dynamic preachers in 19th-century America. The Sunday before his death in 1854, he preached to an audience of over 5,000 people at a YMCA gathering. Reports indicate that over 1,000 people made a commitment to Jesus that day.

The following Wednesday, Tyng was preparing his sermon. He left his study and went into his barn where a mule was at work on a horse-power, shelling corn. When Tyng patted the mule on the neck, the sleeve of his silk study-gown got caught in the cogs of the wheel. His arm was torn out. A few hours later he died. Before he died, his dear friend, the Presbyterian minister George Duffield, got to his side to pray with him. He asked Tyng if he had any last words for next Sunday’s YMCA rally, and Tyng replied, “Tell them to stand up for Jesus.”

Those words had great meaning because Dudley Tyng was persecuted in those pro-slavery days for being a staunch abolitionist. It was thought that the words had a peculiar significance in his mind; as if he had said, “Stand up for Jesus in the person of the downtrodden slave.”

George Duffield never forgot his friend’s last words. In 1858 he published his manuscript, which would become one of the most popular hymns in North America:

Stand up, stand up for Jesus, ye soldiers of the cross;

Lift high his royal banner, it must not suffer loss.

From victory unto victory his army shall he lead,

Till every foe is vanquished, and Christ is Lord indeed.

Dear people, as your priest and rector, I have made an unshakable commitment to stand up for Jesus. I hope you have, too. The power of God can turn our dreams into reality. We may not be building a Disneyland, but we are building the reign of God on earth: a place of grace for all people; a place where we can face tomorrow in the power of God’s love; a place of open hearts and open minds where lives are transformed in Jesus.

We-you and I-are the church of Jesus Christ, here and now. We are people of good news and good works who light the world with love and share the grace of God. Jesus has given us our mission.

Can he count on you?