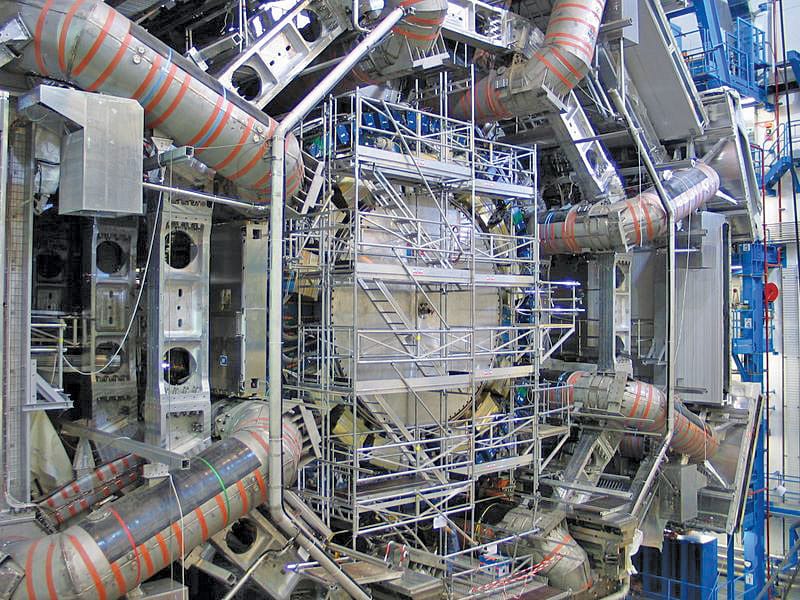 Geneva’s Large Hadron Collider is closing in on the particle that creates mass.
Photo: CERN

Scientists at the 17-mile-long Large Hadron Collider in Geneva are homing in on the Higgs boson—the so-called God particle.

The cosmic building block promises to fill in the last piece of the puzzle on how forces and particles in the universe interact.

At a Dec. 13 symposium, physicists at CERN, the European Organization for Nuclear Research, announced that they were closing in on the precise location of the Higgs particle.

While militant atheists such as Stephen Hawking will doubtless rejoice at closing in on the physical prime-mover particle, people of faith will doubtless ask, “Who’s the prime mover behind the Higgs particle?”