Home » Freedom of expression vs. religious sensibilities: What’s the balance?

Freedom of expression vs. religious sensibilities: What’s the balance?

In light of January’s tragic events in Paris, Western democracies are reflecting on one of their core values: the right to freedom of expression even if that freedom offends people. A legacy of the 18th-century Enlightenment, this value has given Westerners wide latitude to mock social institutions from the monarchy to the church.

But after the Paris attacks, some are asking whether a line should be drawn-is unbridled freedom to pillory religion worth the sometimes brutal consequences? Others counter: is respect for religion merely code for fear of religion?

The Anglican Journal put two questions to six religious leaders representing the Jewish, Christian and Muslim faiths: How do you feel/react when your religion or its most revered figures are satirized? Should respecting religious sensibilities trump freedom of speech? 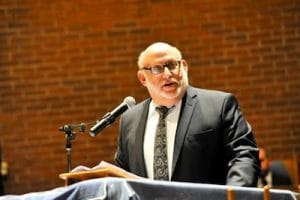 It depends on the nature of the satire. Some images of Judaism can be hurtful and offensive. But in society, no one has the right never to be offended. Sometimes you are wrong to be offended. And some religious cartoons can be genuinely funny. I recall one showing Moses descending from Mount Sinai with God’s commandments on the stone tablets. Moses says, “The good news is, I got ’em down to 10. The bad news is, adultery’s still in.” I laughed out loud.

When religion is mocked in a secular society, it’s not against the law, and 2015 is hardly the first year religion has been satirized. Blasphemy is not a crime, and it’s hard to make the case that laws restricting speech-even hate speech-are in the long run beneficial since they turn the perpetrators into martyrs. This is the price of living in a secular state: we must learn to live with our most precious ideals and beliefs being mocked. Ultimately the benefits of free speech far outweigh the drawbacks. 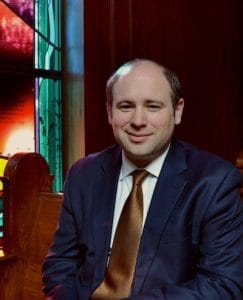 Rabbi Jarrod Grover, rabbi, Beth Tikvah Synagogue, Toronto
For me personally, seeing my faith mocked can be very angering. I feel the same way any person would when something valuable to them is not being treated respectfully. Judaic teaching has little to say about this. But though freedom of expression is sometimes hurtful, it’s the price we pay for living in a vibrant and prosperous democracy that allows our most cherished values to be questioned. I have Mormon friends who are deeply offended by the satirical Broadway musical The Book of Mormon, but they absolutely defend the producers’ right to put on the show.

There is a line, however, that most first-world countries recognize-when depiction falls into the category of hate speech or incitement to violence. I would draw the line there, but it is very unclear where free speech becomes hate speech. It’s a constant tension we must deal with, especially in the wake of the Paris attacks, but that does not mean we should get rid of the tension. 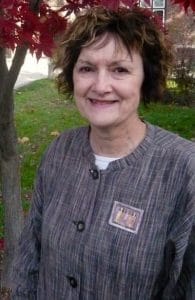 The Rev. Dr. Carol Wood, Presbyterian, ecumenical chaplain, McMaster University, Hamilton, Ont.
It is hurtful when Jesus and the central parts of our faith such as the eucharist are belittled. But such occasions also call us to self-examination and awareness of our social location, our own biases and our need for repentance for the perpetuation of stereotypes and misconceptions about other faith traditions. Such an experience did happen to me in a public venue with a comment from someone equating the eucharist with cannibalism.

Freedom of speech is a privilege exercised in the context of community. Satirizing religious figures or doctrines runs the risk of alienating communities, fostering stereotypes and polarizing religious groups. But if there were exemptions to criticism made for some people, it seems we would not be a democracy. Throughout history there have been religious leaders, like Jim Jones of the People’s Temple, who have clearly caused harm to their followers. Balance between freedom of expression and respect for religion can be approached through dialogue and engagement. 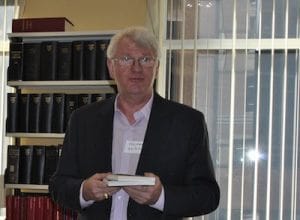 If religious criticism is intended deliberately to offend, to vilify or to slander, it is not acceptable and I would be outraged. And not just for my own religious faith, but also for others’. I am not against satire. I am against hatred. If satire is intended respectfully to challenge or question a fundamental belief, or to expose the hypocrisy of the institution or its leaders, it is perfectly okay.

There is no unlimited right to freedom of speech and no absolute right to freedom. To exist, freedom needs self-imposed restraints, and democracy requires a consensus based on mutual respect. What we have in the Paris cartoons is a misuse of freedom…it is secular fundamentalism that insists on the right to cause offence in the name of freedom. Religious satire is not off-limits when it serves the public good by exposing hypocrisy and causing us to live up to our ideals in a better way, but when its purpose is deliberately to offend, how is that different from hatred? 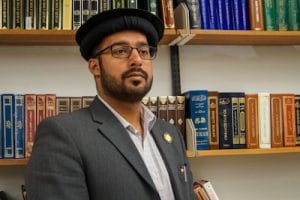 I am hurt when a sacred person is ridiculed or belittled-be it Moses, Jesus or Prophet Muhammad (peace be upon all of them), it is equally offensive. Muslims hold every prophet very near and dear to our hearts, and any satirical depiction of them is offensive to us. I recently suggested that no caricature or satirical cartoon of any religious figure should be published, as it can potentially harm peaceful coexistence. That being said, this does not give anyone the right to take the law into his hands and start killing and committing atrocities against mankind.

Freedom, whether freedom of religion or freedom of expression, is a cherished Canadian value. Islam teaches us not to say anything about any sacred person of any religion that could hurt the sentiments of its followers. We already have laws in place to prevent hate speech, libel and slander, so I don’t think freedom of expression has to be sacrificed to accommodate religious sensibilities. I believe both are important and can coexist. 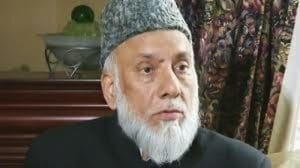 Imam Syed Soharwardy, founder, Islamic Supreme Council of Canada and executive imam, Al Madinah Islamic Assembly, Calgary.
When someone insults Islam, it bothers me; it is quite disturbing. But either he does not know Islam or he has a hateful disagreement with Islam. So it is our duty to have a dialogue with that person and educate him. Respectful disagreement is absolutely fine. Disparaging depictions of Christ bother me so much I feel sorry for my Christian brethren. And while I cannot make fun of the Torah or the gospel, non-Muslims are mocking us, knowing that the Qur’an prohibits us from responding in the same tone.

In a free society, people have the right to offend, but people do not have the right to incite hatred or to stereotype an entire community. When you depict Mohamed as a terrorist, 1.6 billion Muslims worldwide are considered terrorists, when 99.9 per cent of them are peaceful. We must use freedom of speech with responsibility. That is the price of keeping a civil society.