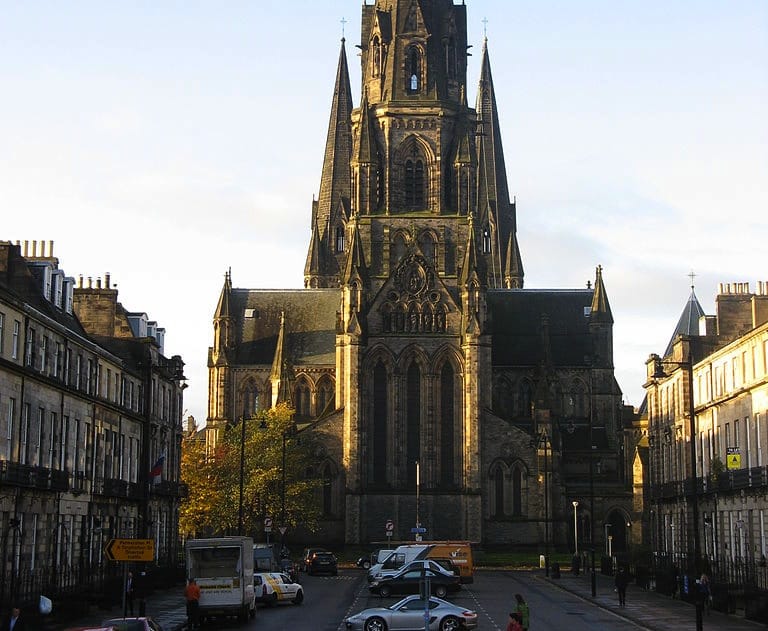 The Rev. Susan Macdonald will be installed as dean of Edinburgh on May 13 at St. Mary’s Episcopal Cathedral. Photo: Jonathan Oldenbuck

History will be made in the Scottish Episcopal Church (SEC) in May when the Rev. Susan Macdonald, 61, becomes the first female dean of the diocese of Edinburgh.

The Very Rev. John Armes, incumbent dean and bishop-elect of Edinburgh, intends to make the appointment following his May 12 consecration, according to an SEC press release. Macdonald will be installed as dean on May 13 during a service at St. Mary’s Episcopal Cathedral, Edinburgh.

“I am delighted that Susan is to become the new dean of Edinburgh,” said Armes in announcing the appointment. “She brings wide experience of the Edinburgh diocese and an understanding of the urban and rural challenges facing the church. I look forward to working with Susan in developing new and creative initiatives within the diocese.”

Macdonald, who has served as rector of Christ Church in Morningside, Edinburgh, since 2007, said she is “delighted and honored” by the appointment. “As well as working in three different dioceses within the Scottish Episcopal Church I have also engaged with several parts of the wider Anglican Communion, particularly in relation to ministry development,” she said.

The SEC release describes the role of dean as “both administrative and pastoral. The administrative duties include oversight of church buildings and inspection of the registers, inventories and records of congregations, and generally acting on behalf of the bishop when required. Other roles include supporting the bishop in his ministry in the diocese and deputizing for the bishop in a variety of situations.”

Macdonald will continue to serve as rector of Christ Church, which she describes as “a place of challenge, stimulation and nourishment where I have learned so much over the past five years and continue to do so.”

Macdonald was ordained as deacon in 1996 and priest in 1997 and served as assistant curate of St. John’s Church in Jedburgh from 1996-1998 and priest at St. Peter’s Church in Galashiels from 1998 to 2001. She was priest-in-charge at Gordon Chapel in Fochabers from 2001 to 2004, during which time she served as coordinator of the Mission 21 initiative in the Diocese of Moray, Ross & Caithness. She was a canon of St. Andrew’s Cathedral in Inverness from 2003 to 2004 and mission and ministry officer in the Diocese of Aberdeen & Orkney from 2005 to 2007.

The General Synod of the Scottish Episcopal Church agreed in 1994 to allow women to be ordained as priests. The first ordinations took place in December 1994. Nine years later, in June 2003, the synod voted to accept female bishops. The province has yet to elect a woman to the episcopate although two bishop elections have included a female candidate on the final list of nominees.

Women bishops are currently serving in the U.S.-based Episcopal Church and the Anglican provinces in Australia, Canada and New Zealand, as well as the extraprovincial church of Cuba. The Church of England is expected to take a final vote in July on whether to allow the appointment of women bishops.