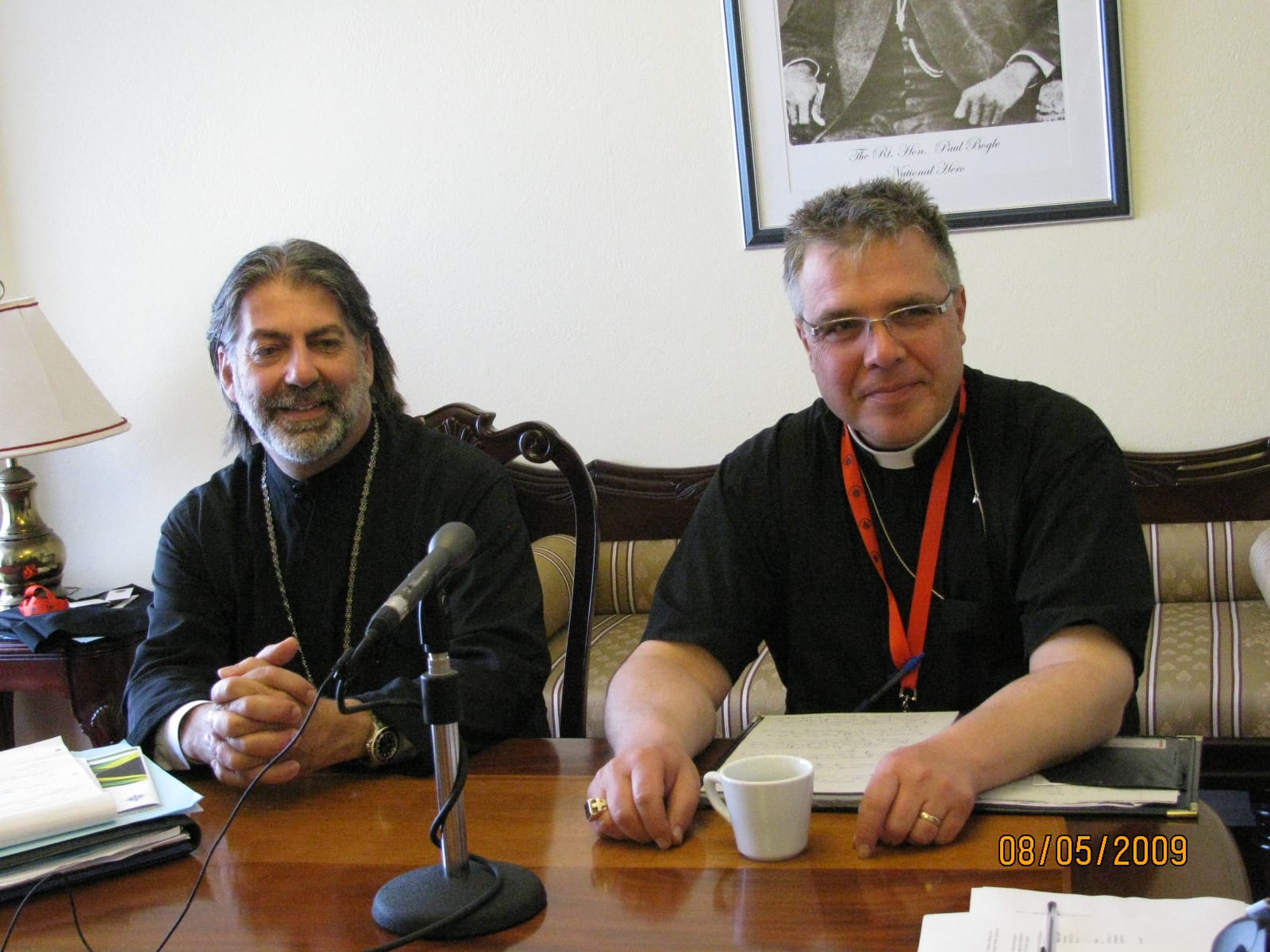 Kingston, Jamaica
The ecumenical representatives of the Orthodox church and the Lutheran World Federation (LWF) have expressed their “firm and serious commitment” to continue their dialogues with the Anglican Communion, which have been experiencing tensions worldwide over the issue of human sexuality.

Metropolitan Nikitas, ecumenical delegate representing the Orthodox church, told a press briefing at the meeting of the Anglican Consultative Council (ACC) here that his church’s commitment to dialogue with the Anglican Communion is one that is based on “equal understanding and mutual respect” and is “built upon a firm and solid foundation.”

The bishop of the Eastern Synod of the Evangelical Lutheran Church in Canada (ELCIC), Michael Pryse, who is representing the LWF at the ACC meeting, said he had been “moved and inspired by the stories that we’ve heard” about Anglican mission worldwide. He said that Anglicans and Lutherans “share much of a common history, theologically and liturgically,” and are facing similar issues and challenges.

He talked about how the Full Communion reached between the Anglican Church of Canada and the ELCIC in 2001 has been “immensely rich and mutually beneficial” for both churches. “It has helped us advance our mission,” said Bishop Pryse.

Asked about what the Anglican Communion might learn from the experience of the Orthodox church in terms of how to define itself as a church, Metropolitan Nikitas said that both Anglicans and Orthodox have something to learn from each other in terms of “Christology, theology and even mundane things like administration.”
He said that it was his church’s position that Anglicans “must work out their own issues,” and that it didn’t want to impose its own views.

Asked whether the current strains within Anglicanism has damaged ecumenical relationships, Bishop Pryse said, “I don’t think the strains and stresses you’re talking about are damaging to the church body where I come from.” He added that the current debate on human sexuality “is something that isn’t just particularly Anglican.”

Metropolitan Nikitas said “tension isn’t always bad,” citing that in the Book of Acts, Peter and Paul fought about a number of things. “Tensions will help bring about answers,” he said.

But he acknowledged that, “when you are wounded, we bleed; it’s not just you who bleed, we suffer and bleed with you,” and his church “would like to see a body that is whole and one.”

Metropolitan Nikitas was consecrated a Hierarch and named the first Metropolitan of Hong Kong and Southeast Asia in 1996. In March 2007, he was appointed director of the Patriarach Athenagoras Orthodox Institute, in Berkeley, Calif.

In other news, the meeting also passed resolutions that the ACC:
? commends the report Generous Love: the Truth of the Gospel and the Call for Dialogue, for study across the Anglican Communion;
? endorses the priorities set by the Network for Inter-faith Concerns (Nifcon), “in particular, its desire to offer training resources in the field of engagement with other faiths, and to assist the Anglican Communion in responding more effectively to the situation of Christian minorities living in difficult contexts.”
? expresses solidarity with the Anglican Episcopal Church of Brazil “in its prophetic stand” on behalf of rural black and quilombo (people of African origin in Brazil) communities. The quilombos are struggling over issues of land ownership.