The Anglican Church of Canada and its full communion partner, the Evangelical Lutheran Church in Canada (ELCIC), will gather at the Ottawa Convention Centre from July 3 to 7. During those five days Anglicans will meet in five sessions as the General Synod, while the Lutherans hold their own National Convention. Six sessions and a banquet are reserved for Joint Assembly. The Anglican Journal spoke with delegates from across Canada to sample their hopes and concerns about General Synod and the Joint Assembly. 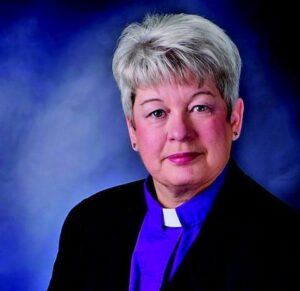 For Andrews, APCI’s Kamloops-based bishop suffragan, the streamlined schedule dictated by the Joint Assembly has two sides. Upside: “I think it’s always a good thing when the time spent sitting in meetings can be reduced, and people are freed up to do the mission of God.” Downside: “I haven’t seen what’s on the agenda but the church is in transition now and facing a lot of challenges-there’s the restructuring, financial reform and Canon 22 outlining a new relationship with indigenous ministries. I’m concerned we won’t have adequate time to address these,” says Andrews, who is of Métis heritage.

Like many delegates, Andrews is excited about meeting jointly with members of the ELCIC. “This is a significant step in our full communion and our local shared ministry relationships,” she says. APCI, in fact, has a tri-denominational shared ministry in the Church of St. Paul, a former United Church building in the town of Barriere. It is a covenanted congregation of Anglicans, Lutherans and “Uniteds,” which is currently led by a Lutheran pastor. “It is very important to our covenanted congregation to understand the theology, histories and practices of each denomination if we are to build strong communities of faith,” says Andrews. 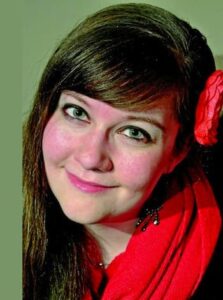 DevonGoldie, 19, is youth ministry co-ordinator for the parish of ChristChurch in Edmonton, a post she’s filled since finishing high school twoyears ago. “I’m passionate about the Anglican church,” she says. Headedfor university this fall, she’s also a self-confessed process geek. “Asdorky as it sounds, I love church government and meetings!”

Havingsat on the vestry in her home parish for almost three years, attendedthe past two diocesan synods and the most recent province of Rupert’sLand’s synod, the Ottawa assembly was a logical next step.”I’ve thoroughly enjoyed attending the other synods and I love gettingto know other people who share my faith,” she says.

Inher view, people in her age group have much to offer at GeneralSynod. “Young Anglicans have fantastic ideas for ministry, growth andrelationships, and I find it incredibly exciting when adults within thechurch take time to get to know us, include us and involve us indecision making (read synods!),” the young enthusiast says.

Asa veteran of ACC-ELCIC youth gatherings such as Ask and Imagine andCLAY, Goldie says the two churches’ partnership has been nothing lessthan “fantastic! We’ve grown our community, our church family. It’s astep toward a fuller Body of Christ.” She’s excited that young Lutheransand Anglicans will be a strong presence in Ottawa, especially in theprocession to Parliament Hill taking place on the Saturday before synodends. “I’m really looking forward to connecting with old friends andmaking new ones,” says Goldie.

Asfor the new shortened schedule, Goldie has misgivings. “Even at ourprovincial synod, we didn’t have enough time to cover everything in thedepth that it deserved, and that meeting was about the same length,” shesays.” I can’t imagine fitting all the necessary business of twonational church entities into four and a half days!” On balance,however, Goldie appreciates the advantages of streamlining. “Nine daysis a long time for people with jobs and other commitments,” she says. 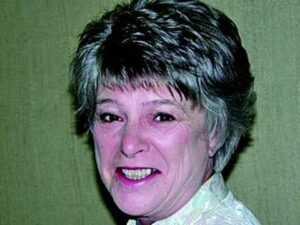 Chapman, a retired academic and a delegate at two previous General Synods, has nothing against the new shortened schedule. “We’ve done this with our own diocesan synods and it works well,” says Chapman, a parishioner at the Cathedral of the Holy Trinity. “It’s like anything in life-if you’re given nine days, you’ll find nine days of stuff to put in them. In actual fact, 50 per cent may be important and the rest is filler and sawdust.”

Chapman feels the streamlined schedule will make delegates more conscious of what they are trying to accomplish. “There’s going to be electronic voting, and that in itself will save a lot of time spent in counting and recounting votes,” she says.

Chapman also comments that nine- or 10-day synods held on university campuses can be tough on people sharing bathroom facilities down the hall and sleeping on hard dormitory beds. “The nine days of sitting after not sleeping properly were gruelling,” she recalls. “If people are sleeping better, they’ll be more alive for business.” Chapman looks forward to the joint sessions with the ELCIC, having attended the Winnipeg synod in 2007 when a day was spent in session with the Lutherans discussing issues of common concern such as the environment and water. And she sees the joint assembly as essential. “If we’re going to be serious about being in community with Lutherans and having a joint mission, we have to do what is necessary to achieve those goals,” she says.

On a personal level, interfacing with ELCIC delegates does not have many practical implications for Chapman. “It’s something I enjoy, but in our diocese in Quebec we have very limited contact with Lutherans compared with in the west,” she says. (There are no Lutheran churches in Quebec.) “So it’s not something I’m going to be able to bring back and apply to working with Lutherans in my local community.” 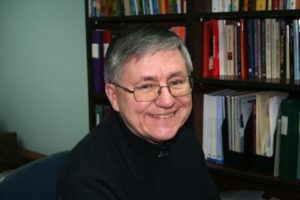 Having attended four previous General Synods, Still is a seasoned veteran of the old format of nine or 10 days. And while he’s looking forward to meeting jointly with Lutherans, he’s concerned that the time for Anglican business will effectively be reduced to less than three days. “I’m disappointed there won’t be more time to deal with our own internal issues,” says Still, incumbent priest at St. James Anglican Church. And, as an aboriginal clergyman in particular, he’s concerned that crucial issues of governance relating to the national self-governing indigenous ministry established by Canon 22 and endorsed by Sacred Circle may be short-changed. “It’s important to make sure that all the issues are covered, and also that there’s enough time for worship and education as well as for business,” he says. “And when we hold joint sessions, we have to make sure the issues are ones we really need to be working on together.”

In his view, the modern meeting place and mainstream accommodation at the Ottawa Convention Centre and nearby hotels will have a positive impact. “Anytime you make delegates more comfortable, you’re going to get a better event in the end. But I just worry how effective we’ll be with the shortening of the schedule.”

Looking to the future, Still strongly hopes that General Synod will not become a substitute for Sacred Circle and the remarkable spiritual and practical community building it has achieved for aboriginal Anglicans. 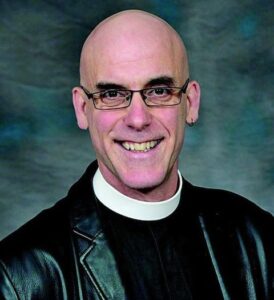 For Hobbs, incumbent priest at Christ Church in Bell’s Corners, the July joint assembly is a welcome gesture of commitment to the full communion between the Anglican and Lutheran churches. “I think it will be a wonderful event and a great opportunity for Anglicans and Lutherans to deepen our relationship,” he says.

Although he doesn’t envy them, Hobbs has complete faith in those organizing the complex proceedings for two churches within a compressed schedule. “I have every confidence we’ll be able to get the necessary work done and focus on matters that must be attended to-including structure and governance, fiscal business and issues arising out of Vision 2019.”

Hobbs points to the “energy, diligence and creativity being put into the agenda to ensure that we focus on matters that count. I trust Council of General Synod and the general secretary’s office to do the planning, and the new electronic voting system will expedite the agenda.” He’s looking forward to “meeting with our Lutheran brothers and sisters in well-planned joint sessions. I’m anticipating a great four days.” 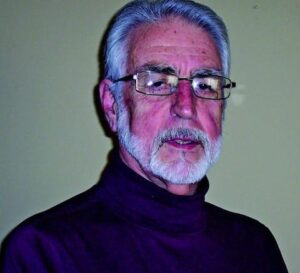 Walters, a retired high school physics teacher, was present at the historic Waterloo Declaration of 2001 and the 2007 General Synod in Winnipeg, which featured a day of joint sessions with the Lutherans.

“The shorter time allotted may be adequate. However, if the Anglican Church of Canada has so few issues at the national level that they can be dealt with in two and a half days, then it is doubtful that we need a General Synod every three years,” he says. “Given the shortness of time, it may be useful for diocesan delegates to caucus beforehand in order to familiarize themselves with the issues. General Synod can be very confusing for first-time delegates.”

Walters also thinks that the price tag for such a short debate-timeline “is not good stewardship of human, spiritual and financial resources.” And if the national church cannot afford time for a full and adequate debate on both real and perceived issues facing the church, then perhaps it should re-examine the national structure of General Synod. “In the light that many dioceses appear to do what they please, perhaps General Synod as it exists today is no longer relevant,” says Walters. “We need stronger provincial synods, which may be better suited to regional realities. This may be the way to proceed in the future.”

As for the joint sessions with the ELCIC, Walters believes the concept has some merit, especially concerning areas where the two churches can share ministry and resources. He hopes the joint assembly will “lay the groundwork for greater co-operation between our two communities and foster a greater effort by all to reach out to the larger Christian community.” It is his conviction that if Christianity is to survive in Canada, Christians must establish a common front under divine guidance.