Home » Climate change through the eyes of Kairos’ partners

Climate change through the eyes of Kairos’ partners 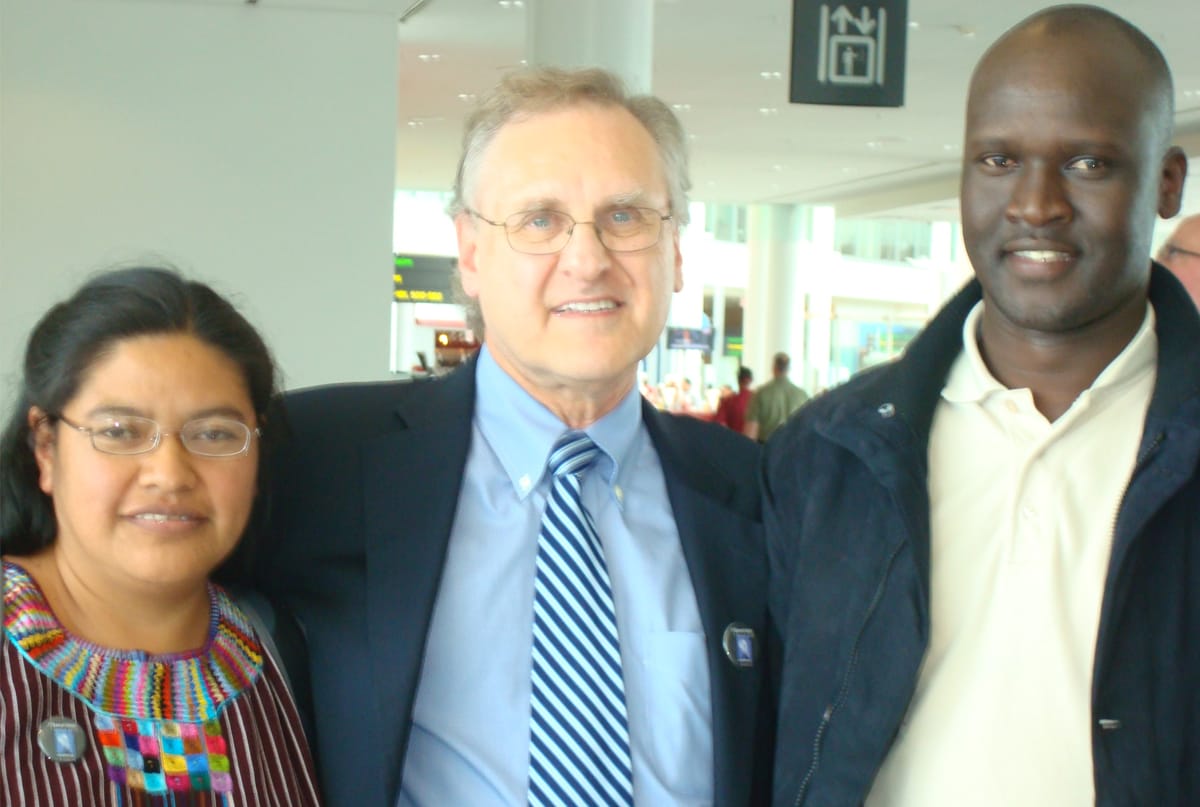 “Climate change is real. It’s happening.” That’s the first message that has to be communicated, said Francois Pihaatae, ecumenical animator on climate change for the Pacific Conference of Churches.

Pilhaatae, who is from Tahiti, was speaking at a press conference at the ecumenical social justice organization, Kairos. Pihaatae has witnessed first-hand the effects of rising sea levels on low-lying islands in the region. Displacement and resettlement have been going on for two decades, but in the coming years people may have to leave three or four of the bigger islands, he said, displacing about a million people.

Pihaatae has come to Canada to participate in the Kairos G20 Climate Justice Tour. As Toronto and Huntsville, Ont. prepare to host world leaders gathering for the G8 and G20 summits, Kairos invited partners to tell Canadians about the grave impacts climate change is already having in their regions.

The tour began on June 14 and took Pihaatae and other Kairos partners from Kenya, Guatemala and the Yellowknives Dene First Nation in the Northwest Territories to town-hall meetings in St. John’s, Halifax, Fredericton, Vancouver, Victoria, Yellowknife and Regina. On June 19, the partners were in Toronto to participate in the 2010 People’s Summit, civil society groups’ alternative “counter summit” happening the week before the June 25 to 27 G8 and G20 summits.

Pihaatae emphasized that climate change has to be addressed as a global issue. “We did not come only to say that we are affected…we are all affected but in different ways,” he said, adding that he felt empowered by the people he met on the tour.

Fred Sangris, who has twice been the chief of the Yellowknife Dene First Nation of Akaicho Territory in the Northwest Territories, was on part of the tour with Pihaatae. Instead of rising water levels, one of the problems his people face is that the water in Great Slave Lake is decreasing.

In Guatemala, the people first realized they were experiencing climate change after Hurricane Mitch left 12,000 people dead in 1998, says Naty Atz Sunc, the general co-ordinator for the Association of Community Development and Promotion (CEIBA). Since then Tropical Storm Stan in 2005 and Agatha in May have left thousands of people in temporary shelters. Although, there were storms before, what Guatemala is experiencing is much more extreme now, Sunc explained with Rachel Warden from Kairos translating. There has been devastating loss of crops, including grains and entire families have been displaced because of landslides. “For the first time, we’ve experienced hail in Guatemala,” she said.

Guatemalan communities are looking for ways to reduce carbon emissions and are participating in massive reforestation projects, she said. “But there is also the recognition that to address climate change we have to make political change and policy change in the First World.”

“Climate change is a justice issue,” said Isaiah Kipyegon Toroitich, the program officer for policy and advocacy (climate and economic justice) with Norwegian Church Aid in Kenya. “The people who have contributed nothing or a very insignificant amount of emissions are the same people in Africa, in Latin America, in Asia, who are suffering the most from the consequences….It’s a moral, ethical issue,” he said. Africa produces less than 3% of global carbon emissions, he noted, while it is recommended that emissions from industrialized countries in Europe, the U.S. and Canada be reduced by up to 50% by 2020. “These countries have committed less than that,” noted Toroitich. “Canada has committed [to a] 17% [reduction].”

Toroitich emphasized that the effects of climate change are already having devastating consequences in Africa, with drought, flooding, tropical disease and starvation affecting millions.

This issue is a call to “the ecumenical family to work together,” said Pihaatae. “Individually, we are only a drop, but together we are an ocean, so that we can move something forward and towards what is common to us, which is life that God has given to us.”