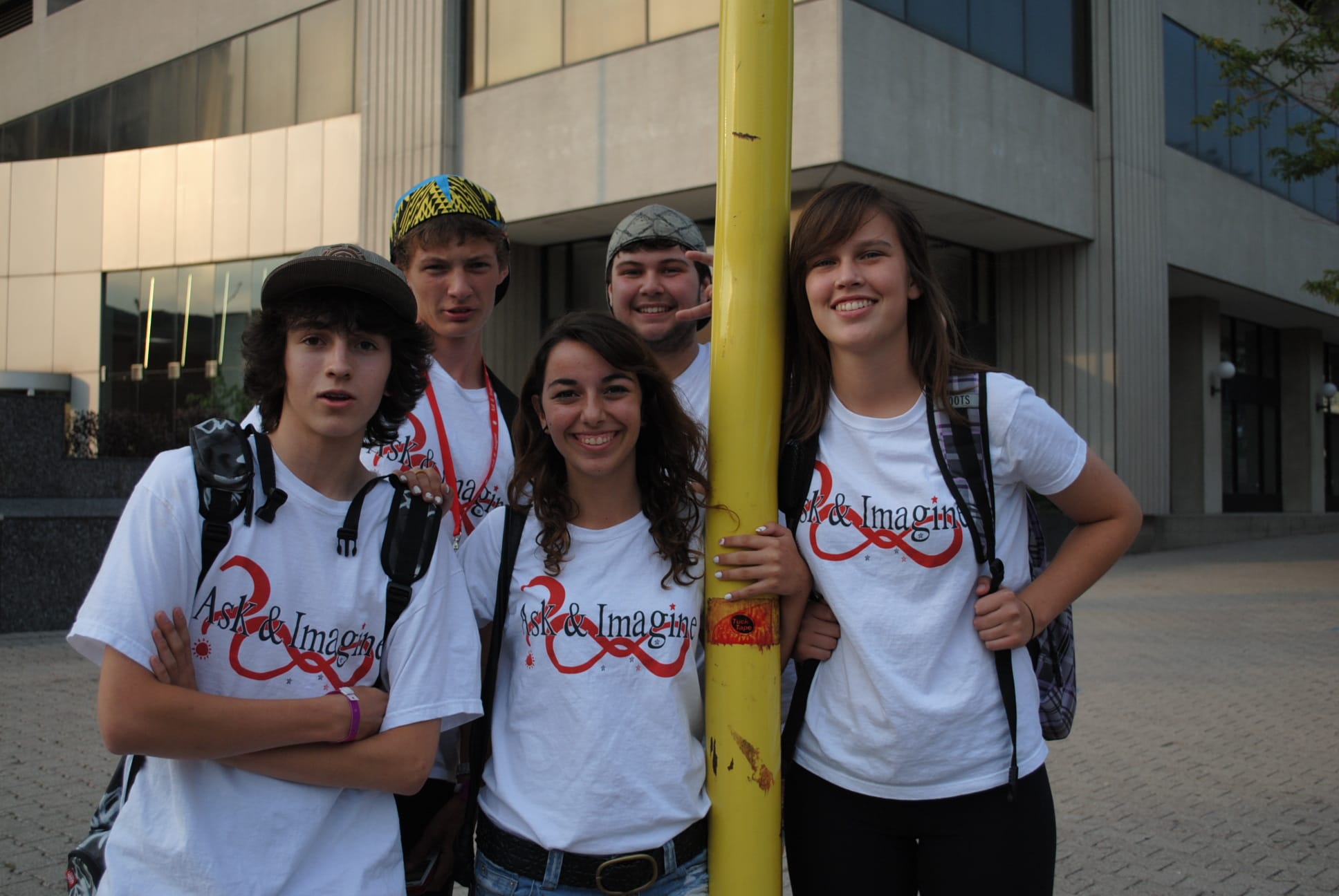 As the band played, kids poured into the aisles and danced in front of the stage. A rock concert? No–the first-ever Canadian Lutheran Anglican Youth (CLAY) gathering in London, Ont.

“CLAY is a good expression of the full communion [relationship between the two churches] and of what we can do together,” said Archbishop Fred Hiltz, primate of the Anglican Church of Canada.

Approximately 1,000 youth attended the Aug. 19-22 event. They grooved to the rock-style hymns and welcomed a parade of Anglican and Lutheran bishops with whoops and cheers. Organizers used a mix of music, drama, humour, worship and education to create an exciting, inspiring atmosphere. Muppets were used to introduce the bishops.

The Rev. Canon Bill Cliff, who teaches at Huron University College in London, Ont., was the keynote speaker and gave six addresses throughout the weekend, each centered on one of Jesus’ parables. “The Gospel is always astonishing, and if it is not astonishing, you’re not reading it right,” he said, challenging the audience to see scripture from new angles.

Judy Steers, youth initiatives co-ordinator for the Anglican Church of Canada, said a national youth gathering has been “one of our dreams in the Anglican Church for such a long time.” There were about 850 Lutherans and 85 Anglicans at this year’s CLAY event. It’s a significant jump in the number of Anglicans from the last national Lutheran gathering in Whitehorse two years ago. Then there were only 11 Anglicans who came as guests.

Youth appeared to be pleasantly surprised by CLAY 2010. “It’s been really fun,” said Cossette Massa from St. Paul’s Lutheran Church in Edmonton. “I was expecting it to be boring because it’s the church but it’s actually turned out to be super-fun with all events planned out perfectly well.”

“I loved the music,” added Maeve Marentette from Bethel Lutheran Church in Camrose, Alta. The Hands On Band, made up of individual musicians, performed the theme song “Hands On” commissioned for the gathering as well as other songs chosen from contemporary Lutheran and Anglican hymns.

A drum circle led by Toronto’s Soul Drums was also a big hit. Musician Doug Sole introduced the audience to the idea of the rhythm and harmony possible when musicians listen to one another. Then the audience made music using plastic tubes as percussion instruments. Sole also enlisted the Anglican and Lutheran bishops to provide rhythmic leadership. Archbishop Hiltz added the event might prove a “great community builder for General Synod and [Lutheran] National Convention in 2013.”

Sarah Rudd, one of the Lutheran members of the planning committee, noted that youth tend not to notice differences between the two traditions. “They just jump in and have a good time together.”

CLAY delegates brought essential toiletries such as soap and toothpaste and spent part of the event packing “We care” for an ecumenical food bank in London.

The next CLAY gathering will be held in Saskatoon in 2012.