Home » Changing with the times

Changing with the times 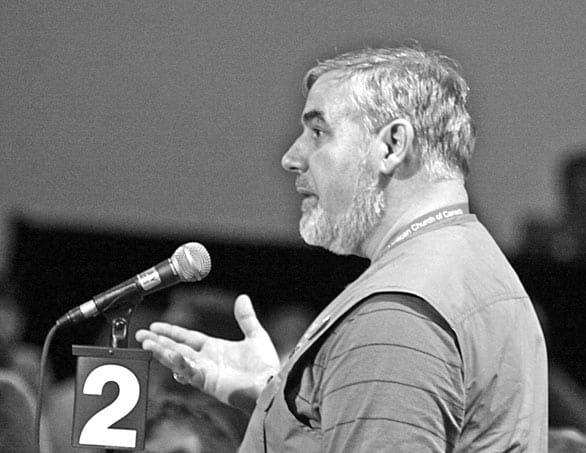 This remains a win-win situation. The sale of this land will give our diocese some urgently needed financial breathing room, while also leaving open the possibility of a resurrection of Quebec Lodge.-Bishop Dennis Drainville Photo: Art Babych

Despite undergoing a major restructuring for the last four or five years, people in the diocese of Quebec are starting to feel more energized and hopeful. “The wonderful thing is many of the changes that have taken place are beginning to bear fruit,” said Bishop Dennis Drainville in an interview following the fall diocesan synod meeting.

One of the biggest changes has been improvement in the diocese’s financial situation. For years, cash flow has been decreasing along with the number of people attending church in parishes outside major cities. Fifty years ago, the population of Anglicans in the diocese of Quebec was 25,000; today it is less than 4,000. Pushed to the edge by a loss of critical mass, the way forward appeared to hinge on finding new ways to fund the work.

By shifting expectations away from receiving donations made by people in the pews to investment income, the diocese has been able to stabilize its financial situation somewhat. The sale of Quebec Lodge, a diocesan camp no longer in operation, for $3.2 million “doesn’t answer all our problems,” admits Bishop Drainville, but the sale has allowed the diocese to begin catching up on loan repayments and other arrears. And for the first time in three years, it is in a position to pay its assessment to the national church.

”This remains a win-win situation,” Bishop Drainville said. “The sale of this land will give our diocese some urgently needed financial breathing room while also leaving open the possibility of a resurrection of Quebec Lodge.”

In addition, ministries have been restructured with regional team ministries replacing the old parish structure. It “didn’t really suit our needs anymore as a diocese or as a people of God,” Bishop Drainville told the Anglican Journal.

Three areas of mission also have been identified, giving people in the diocese new energy and optimism. Significant steps have been taken to increase engagement with the francophone community. Most clergy speak French and the few that don’t are taking lessons and getting involved in French culture.

Tackling the dilemma of trying to bring spirituality to a society that has largely rejected religion is another focus. Bishop Drainville points out that even though Quebec is the most secular society in North America, there is still a great hunger for things spiritual. “We believe that our Anglican tradition of spirituality is something that should be shared with Quebec society.”

The third focus of mission is social justice. “If there is one thing that defines us as Christian people, it is that we put others before ourselves,” said Bishop Drainville. “And if that is true, then we need to be responding to the needs and the aspirations of the most vulnerable, the marginal, the lost, the hurt, the ignored, the unloved, the poor, whoever these people are in our society. In the diocese of Quebec, we pledge ourselves to work with them and to find the ways and means of responding to their various needs.”

Some of the diocese’s 82 churches will still have to close, but some congregations are already accepting this. “I don’t want to paint a picture that everybody is going to be warmly enthusiastic about the closure of their church,” Bishop Drainville said. “There will [still] be people who will be upset…. But at this point, we’ve had congregations say, ‘We’re ready to close.’ “